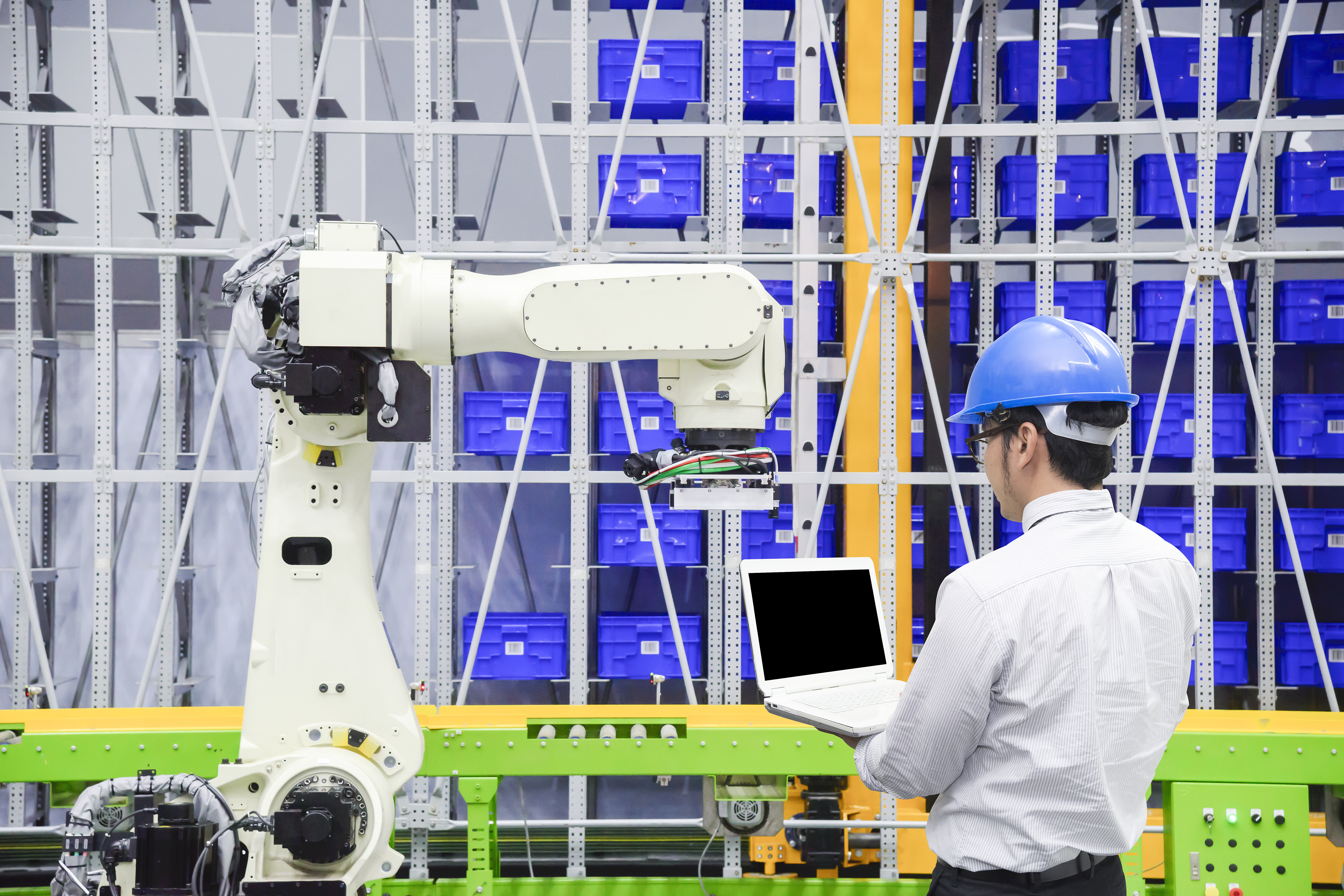 The first analysis of the AI:NY series explored how artificial-intelligence-enabled automation will affect New York’s labor force in the coming years. The study found that 53 percent of jobs in New York could potentially be automated in coming years using technology available today. While AI shows tremendous potential to affect all workers, it is still very much in the developmental stages. Computer scientists, data scientists, and engineers are still building the fundamental tools required for developing the technology and a wide range of applications. A recent market research report by the International Data Corporation estimated that global spending on AI systems was $24 billion in 2018 and will triple by 2022. These investments in AI could create $4.6 trillion in value in marketing, sales, manufacturing, and supply chain management by 2020. In the 2019-20 budget request, SUNY proposed that a $25 million investment in AI would generate 1,800 new jobs for highly specialized workers in the AI field.

Preliminary evidence suggests that New York is well positioned to play a leadership role in the technology development. In a 2017 survey of the labor market, New York City ranked fifth in metro areas seeking AI talent. New York is home to leaders in the financial sector that are actively developing tools and applications for machine learning technologies. IBM, for example, with its multiple research facilities in New York, is developing the hardware and software critical to the development and deployment of AI and automations. In this analysis, we ask: Does New York have the workforce required to lead the development of this emerging sector? What can New York do to prepare itself to take advantage of the growth and opportunity created by AI?

In the earliest stage of the emerging technological revolution, the most important asset New York can offer is a qualified workforce. Qualified AI professionals are in high demand. Indeed’s Hiring Lab found that between 2015 and 2018 the number of AI-related job openings posted online more than doubled. While demand is growing, the supply of workers searching for AI employment plateaued in 2017. Is New York capable of meeting the industry’s demand for qualified labor?

The United States Bureau of Labor Statistics collects employment data on hundreds of different occupations by state. Table 1 shows the level of employment in May 2018 for a handful of occupations that could be related to the development of AI. The employment column shows the number of workers in these professions. These individuals may not be directly working in AI or related fields, but they likely have training and experience that would make it possible for them to transition. The annual mean wage shows the average pay for the occupation in New York. All of the occupations pay at a higher rate than the New York annual mean wage of $61,870 across all professions.

Employers are seeking people to fill roles with titles like “machine learning engineer,” “data scientist,” “computational linguist,” and “computer vision engineers.” Searching these job postings provides insights into the qualifications required of candidates with at least a bachelor’s degree, and preferably a graduate degree, in computer science or related fields. Other subject areas in high demand are data science, applied mathematics, physics, engineering, or statistics. Is New York’s higher education system preparing graduates to find work in these fields? Are graduates staying to work in the state or are they pursuing employment elsewhere?

SUNY recently launched the SUNY gradwages dashboard that allows us to explore employment of recent graduates by field of study. While SUNY represents only a segment of the higher education system in the state, the system awards 30 percent of all bachelor’s degrees. A recent Rockefeller Institute report estimated that 34 percent of all New York workers with a postsecondary credential had earned at least one degree from SUNY. We used the SUNY gradwages dashboard to explore employment trends in three recent cohorts, 2012-2013, 2013-2014, and 2014-2015. Over the three years, SUNY awarded 14,954 bachelor’s or higher degrees in areas potentially related to artificial intelligence including computer and information sciences, engineering, and mathematics (see Table 2). Graduates in these technical fields represented 9.6 percent of all SUNY degrees awarded at these levels. Nationally, graduates in these fields represent 10.1 percent of all degrees awarded.

SUNY graduates in this field are less likely to stay in New York State than their peers with degrees in other areas. Across all levels of educational attainment, only 60.7 percent of these graduates are employed in New York State two years after graduation, whereas 77.1 percent of graduates in other fields are employed in New York within two years of graduation. The exceptions are PhDs with degrees in engineering and mathematics. Graduates from these programs are slightly more likely to stay in New York than other PhD fields suggesting they are taking advantage of employment opportunities in the state.

The larger, longer-term challenge facing policymakers and education leaders in New York is how to prepare the workforce for the changes brought by AI and automation that will change the nature of work and eliminate occupations. But it doesn’t mean we should be ignoring the short-term challenge also facing New York today: a lack of workforce required to develop and facilitate AI. There are large economic gains to be realized through this emerging industry. The startups that will eventually rival corporate giants such as Apple, Microsoft, and Google are being formed in graduate programs as we speak. By allowing New York’s talent to go elsewhere at this critical stage, New York will miss out on future returns.

A number of public and private colleges and universities are developing degrees in AI at the undergraduate and graduate level. However, the only two institutions in New York State with AI-specific programs are Cornell and Columbia. These degrees are interdisciplinary, requiring core coursework in math and statistics and computer science. Students must also take courses in topics such as psychology, linguistics, and visual arts in order to better understand human thought. These programs also offer specialization on specific AI topics such as decision-making, robotics, machine learning, and human-machine interfaces. It is important that AI curriculum develop expertise in social sciences as well. Experts at a recent Rockefeller Institute-SUNY AI forum emphasized the importance of integrating anthropologists, economists, sociologists, and psychologists into the development of new AI technologies. The expertise from these fields relating to human behavior will be critical to developing effective human AI interfaces.

SUNY has recently announced two research centers for AI. The Institute for AI-Driven Discovery and Innovation at Stony Brook focuses on the interactions between humans and machines. The Institute aims to recruit world-class faculty researchers, which in turn will support the training of future leaders in AI. Additionally, SUNY Polytechnic Institute in Albany has partnered with industrial leaders in AI — including IBM, Applied Materials, Samsung, and Tokyo Electron — to create the AI Hardware Center. The center will support the development of the computer power that will underlie the development and commercialization of AI technologies, in addition to attracting researchers and professionals to New York to develop their technologies.

The development of AI will require expertise at all levels. Providing training courses to computer scientists working in other fields, data analysts in finance, and executives in other industries may be one of the fastest and most efficient ways to build an AI workforce in New York State. People in these professions already have many of the fundamental skills required, but need relevant topical knowledge. Retraining could be done through short courses and fellowships rather than requiring individuals to earn a formal academic credential in the field.

New York has committed to being at the forefront of innovation. Over the past two decades, leaders from government, higher education, and business have invested in advanced technologies including nanotechnology, biotechnology, renewable energy, and unmanned aerial systems. New York could make similar investments to become a leader in artificial intelligence technologies. One of the biggest challenges facing the emerging sector is a lack of necessary technical experts prepared to develop AI and its applications. To assume leadership in the industry, New York will need to invest in training to build on the existing workforce, and attract an AI development workforce. New York leaders could create new degree programs and retraining opportunities for interested professionals. Investments in higher education and workforce development, in addition to continued support for AI research and entrepreneurship, could position New York well to take advantage of the multibillion market currently forming.

Thank you to Jacklynn Blanchard for her research assistance.