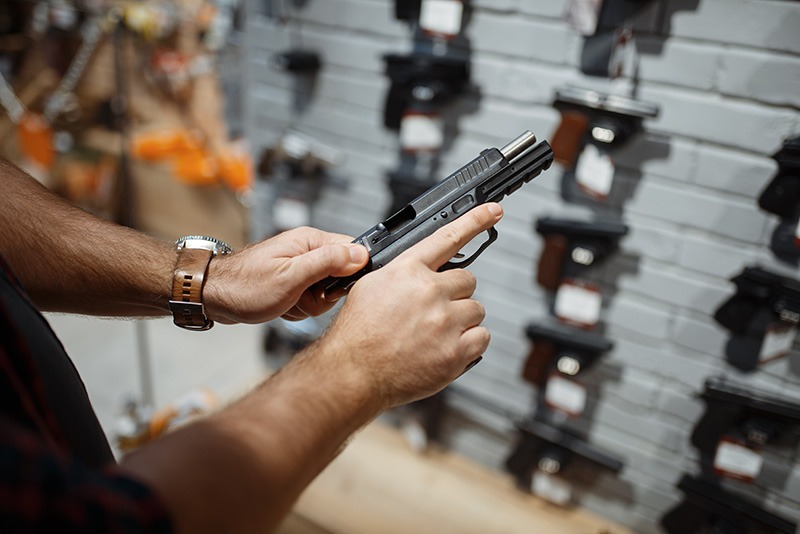 Over a year ago, I wrote an essay for the Regional Gun Violence Research Consortium in which I argued that national gun policy was “facing an impending collision of two opposing forces:” a substantial and rising public sentiment clamoring for stronger gun laws (a sentiment even shared by a majority of gun owners) on the one hand and an increasingly conservative Supreme Court poised to not only fortify but expand Second Amendment gun rights and roll back existing gun laws on the other.

That collision has happened—or perhaps more properly, began—this past spring. Consider the sequence of events as they unfolded from May to early July.

On May 14, 2022, an 18-year old man entered a supermarket in Buffalo, New York, with the avowed purpose of killing Black people. The previous year he made threats to shoot up his high school. Using an assault rifle, he shot and killed ten and wounded three. Ten days later, an 18-year old man entered a Uvalde, Texas, elementary school, also with an assault rifle, where, in the space of more than an hour, he shot and killed 19 schoolchildren and two teachers; 17 more were wounded. The shooter had made repeated threats to commit violent acts, a pattern often seen with mass shooters.

These two particularly heinous acts of mass violence roused the nation in a way not seen since the Sandy Hook Elementary School shooting a decade earlier. A bipartisan group of 20 senators set to work to craft a new federal gun measure. After a month of difficult negotiations, they completed work on a compromise bill, which was approved by the Senate on June 23, 2022, in a vote of 65-33. In a rare bipartisan moment, fifteen Republicans voted with all fifty Democrats to pass the bill. The House of Representatives rapidly approved the measure (234-193; fourteen Republicans voted for the bill). President Biden signed the bill into law on June 25, 2022.

Yet the same day that the Senate approved the first significant new federal gun bill in nearly thirty years, the Supreme Court handed down its decision in the case of NYSRPA v. Bruen. In a 6-3 vote, the Court struck down New York State’s century-old discretionary “may issue” pistol permit law. That decision, in turn, prompted state leaders to hurriedly craft and enact a new pistol permit law (S51001/A.410001). It eliminated the old law’s “proper cause” basis for granting licenses, per the Supreme Court’s majority opinion, but imposed a series of new requirements. Governor Kathy Hochul signed the measure into law on July 1, 2022. Other states with stricter gun laws set about to act similarly.

… what is to be made of the fact that two of our national governing institutions, Congress and the presidency, strengthened federal gun laws while the third branch, the Supreme Court, acted to steer the nation in the opposite direction?

For more than a century, calls for stronger gun laws have followed attention-grabbing gun crimes and assassinations. In that respect, the most recent set of events described here follow that pattern. Yet attempts to strengthen gun laws have as often as not resulted in no action. Why was policy change successful this time? And perhaps more importantly, what is to be made of the fact that two of our national governing institutions, Congress and the presidency, strengthened federal gun laws while the third branch, the Supreme Court, acted to steer the nation in the opposite direction?

Connecticut Democratic Senator Chris Murphy had just won election to the US Senate in 2012 when he, along with the rest of the country, learned of the Sandy Hook Elementary School massacre, where twenty school children and six staff members were shot and killed by a 20-year-old man armed with a Bushmaster XM15 assault rifle and a handgun. Before his 2012 election to the Senate, Murphy had served in the House of Representatives from the Connecticut district that included Sandy Hook. An anguished Senator Murphy took to the Senate floor shortly after the Uvalde shooting to plead with and demand of his colleagues that they take action: “I’m here on this floor to beg—to literally get down on my hands and knees—to beg my colleagues. Find a path forward here. Work with us to find a way to pass laws that make this less likely.” Senators formed a working group of ten Republicans and ten Democrats to draft a gun bill. All agreed that, given a Senate split 50-50 between the two parties (the Democrats nominally controlled the chamber by virtue of the Democratic Vice President, Kamala Harris, who cast the tie-breaking vote as president of the Senate in favor of Democratic control), plus the need to overcome an expected filibuster threat requiring 60 votes to overcome, the window of opportunity was likely narrow and brief.

Working behind closed doors, the group produced a bill that included provisions favored by both parties. Exemplifying the compromise nature of the bill was a provision to provide $750 million in funding for the states to encourage them to implement and improve so-called “red flag” laws, also called Extreme Risk Protection Order measures. These laws, which have been adopted in 20 states, allow guns to be temporarily removed from individuals deemed as posing an imminent threat to themselves or others, with a subsequent hearing held to determine if the initial decision should be extended. Proponents had long sought a national red flag law. This new provision encourages states by subsidy rather than requiring state action.

Other provisions of the Bipartisan Safer Communities Act include enhanced background checks for gun buyers younger than 21; addressing the “boyfriend loophole,” meaning that dating partners formerly not covered under those who could be barred from having guns for committing domestic abuse are now included; a provision that for the first time prohibits interstate gun trafficking and straw purchases (guns bought by someone who can legally do so to pass to those barred from making such purchases); and clarifies the definition of gun sellers who need to obtain a federal firearms license to sell guns. The law also includes $250 million for community anti-violence programs, $1 billion for a variety of mental health programs, and over $2 billion for improved school-based mental health services, safety programs, and violence prevention.

The enactment of this new, if limited, gun law raises a key question: why didn’t gridlock prevail when previous efforts, including after the 2012 Sandy Hook shooting, failed? First, sustained public outrage and media coverage brought significant pressure to bear on Congress, including on members representing conservative states. For example, Iowa Republican Senator Jodi Ernst reported that constituent calls coming into her office were running six to one urging congressional action. West Virginia Republican Senator Shelley Moore Capito said she encountered similar “do something” sentiment from her state. Kentucky Republican Senate leader Mitch McConnell (who also voted for the bill) cited a poll of gun-owning households conducted by a conservative polling organization that reported between 79 and 84 percent support for the provisions of the Senate gun bill. Second, the bill contained provisions sought by both sides: for Democrats, improved gun checks; for Republicans, new spending on school safety and mental health. Third, Democrats but especially Republicans calculated that support for this measure could be helpful among swing voters in the upcoming 2022 midterm elections.

Meanwhile, the Supreme Court handed down its long-awaited decision in the Bruen case. Writing for the six member conservative majority, Justice Clarence Thomas’s opinion struck down New York State’s pistol permit “proper cause” standard. Even more significantly, it expanded the definition of Second Amendment rights beyond the home, first established by the Court in the 2008 decision of DC v. Heller. In Bruen, the Court has now extended a constitutional right to carry a handgun in self-defense outside the home. Yet the Court was also careful to point out that “shall issue” pistol permitting, found in seventeen states, was allowable as long as it relied on clear-cut criteria. (“Shall issue” permitting means the state must issue a permit as long as the applicant fulfills listed objective criteria.) The Court also established new criteria for judging the constitutionality of gun laws: whether they are “consistent with the Nation’s historical tradition of firearm regulation.” The Court added that, “even if a modern-day regulation is not a dead ringer for historical precursors, it still may be analogous enough to pass constitutional muster.”

In many respects, guns were more strictly regulated in the nation’s first 300 years than in the last thirty.

The Court’s three liberals dissented from the six member conservative majority. Writing for the dissenters, Justice Stephen Breyer took the majority opinion to task for failing to examine the actual operation of the New York carry law, for focusing solely on history and therefore failing to consider contemporary government and public policy interest in gun laws, and for “ignoring an abundance of historical evidence supporting regulations restricting the public carriage of firearms.”

Congress’s new gun law means two things: that federal action on gun safety is still possible, but also that, having taken concrete action, Congress is now done with gun policy at least through the end of this year. As for the Supreme Court, having embarked on a path to widen gun rights and therefore to invite the weakening of gun laws, it has also changed the rules of the game. The newness and vagueness of Justice Thomas’s history-only standard for judging the constitutionality of gun laws will amount to hitting a reset button for lower federal courts’ deliberations on the constitutionality of gun laws. And ironically, the new history standard may thwart, rather than hasten, the loosening of gun laws. For as historical legal research increasingly demonstrates, America’s gun law past is rife with regulations of every sort. In many respects, guns were more strictly regulated in the nation’s first 300 years than in the last thirty.

Robert J. Spitzer is distinguished service professor of political science emeritus at SUNY Cortland. He is the author of six books on gun policy, including Guns Across America: Reconciling Gun Rules and Rights (2015) and The Politics of Gun Control (8th ed., 2021). His newest book, The Gun Dilemma, will be published in October by Oxford University Press. He is also a member of the Regional Gun Violence Research Consortium. The views expressed here are solely those of the author.