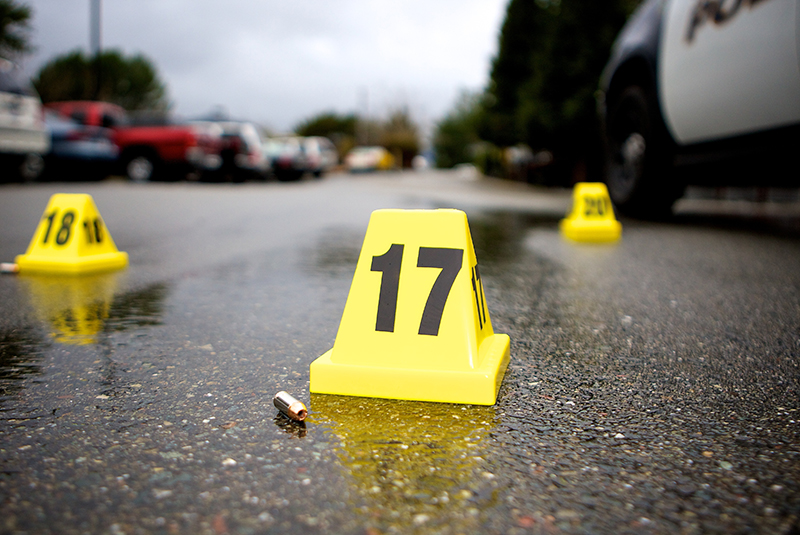 By Julianna Caruso and Jaclyn Schildkraut

Community gun violence takes thousands of lives each year and leaves communities across the US with long-lasting social and economic scars. To address it, we must better understand who is affected by it and what trauma-informed approaches exist to de-escalate and intervene before community gun violence erupts. This analysis seeks to set the stage for our upcoming webinar, “Deploying Community Gun Violence Interventions,” which will explore this issue in greater depth.

Community gun violence encompasses incidences of violence committed with a firearm, driven by personal or group conflicts, within common districts, cities, or other population centers. It is sometimes referred to as “urban gun violence,” “group violence,” or, in the broadest sense, “public, interpersonal gun violence” that is distinct from intimate partner and domestic gun violence.

Understanding the realities of community gun violence is critical to addressing the problem and implementing solutions that promise to decrease the amount of violence seen in those communities. It is also needed to better understand how to best support the individuals who experience the trauma associated with living and working within a community struggling with interpersonal gun violence.

Yet, the individuals committing acts of community gun violence tend to only comprise a small number of a neighborhood’s residents. Generally, while the impacts of gun violence are felt by the whole community, the perpetrators of such incidents are a small few, and direct involvement is associated with specific social networks operating within that community. When combined with significant firearm access, however, interpersonal disputes can lead to the unintentional deaths of uninvolved individuals, including children or other bystanders.

Since the onset of the coronavirus pandemic in the United States, incidences of community gun violence have increased, and these disparities have been further exacerbated. The nation saw an alarming increase in overall incidences of gun violence, driven largely by a 35 percent increase in firearm homicides. Nonfatal shootings also increased dramatically in 2020, with more than 70 percent of law enforcement agencies surveyed by the Police Research Executive Forum around the country reporting an increase. The overall increase in gun violence seen during the pandemic occurred in predominantly Black and Hispanic neighborhoods,1 the same neighborhoods already suffering from community gun violence before March 2020.

The Aftermaths of Community Gun Violence

Adolescents and young adults are generally at highest risk of being wounded or killed by a firearm, with these groups accounting for just under 40 percent of all hospital-treated gunshot wound victims. However, the long-lasting trauma imparted by gun violence on those directly injured and those exposed to it spreads across community members.

Approximately nine million children ages 5 to 17 across the United States live in a neighborhood where a fatal shooting had taken place each year between 2015 and 2019. As with gun homicides in general, Black and Latinx children were significantly more likely to be exposed to gun violence in their community than white children. The pandemic increased exposure numbers to 11 million in 2020, translating to approximately one-in-five children between the ages of 5 and 17 being exposed to neighborhood gun violence within the United States during that year. Exposure to gun violence may be either direct (being threatened, injured, or killed with a firearm) or indirect (e.g., hearing gunshots, seeing firearm violence, losing a friend or family member to gun violence).

Exposure to gun violence predictably produces negative impacts on the physical and mental well-being of community members. Oftentimes, communities do not have the resources to address the emotional and physical toll that gun violence takes. Ultimately, this lack of assistance helps to perpetuate a cycle of violence: children and adolescents, after exposure to neighborhood violence, are more likely to consider buying a firearm. This consideration comes not just from the fear instilled from being exposed to gun violence and subsequent perceived need for self-protection, but also from a desire to acquire the high status that firearm ownership achieves in neighborhoods experiencing a culture of violence.

The pandemic increased exposure numbers to 11 million in 2020, translating to approximately one-in-five children between the ages of 5 and 17 being exposed to neighborhood gun violence within the United States during that year.

The social costs of gun violence accompany the financial burdens associated with not just treating firearm injuries, but the economic costs following the loss of productivity associated with simply trying to survive and cope with gun violence in a community that most likely was already struggling with slow economic growth.

In order to more completely address the impacts of gun violence in communities across the nation, a comprehensive approach that addresses the underlying factors should be employed. While enforcement of existing firearm laws and the creation of new statutes are certainly helpful in prosecuting those responsible for acts of gun violence in their community and possibly preventing certain individuals from obtaining a firearm in the first place, a multipronged strategy that incorporates nonpolicy focused responses may assist in confronting gun violence at the community-level.

A trauma-informed approach to addressing gun violence, and utilizing community-based intervention mechanisms, may help in not just mediating conflict before it escalates, but also in informing the care given to victims directly or indirectly exposed to community gun violence. Training, awareness, and resources given to stakeholders dedicated to various violence prevention and interruption techniques, along with partnerships undertaken by public safety and public health operations, can disrupt the cycle of violence by listening to the community members most impacted by it.

Julianna Caruso worked as a graduate research assistant for the Rockefeller Institute of Government’s Regional Gun Violence Research Consortium and is a recent graduate of the University at Albany.
Jaclyn Schildkraut is the interim executive director of Regional Gun Violence Research Consortium and and an associate professor of criminal justice at State University College at Oswego.

[1] The terminology used to describe racial and ethnic groups in this piece is based on the source material.