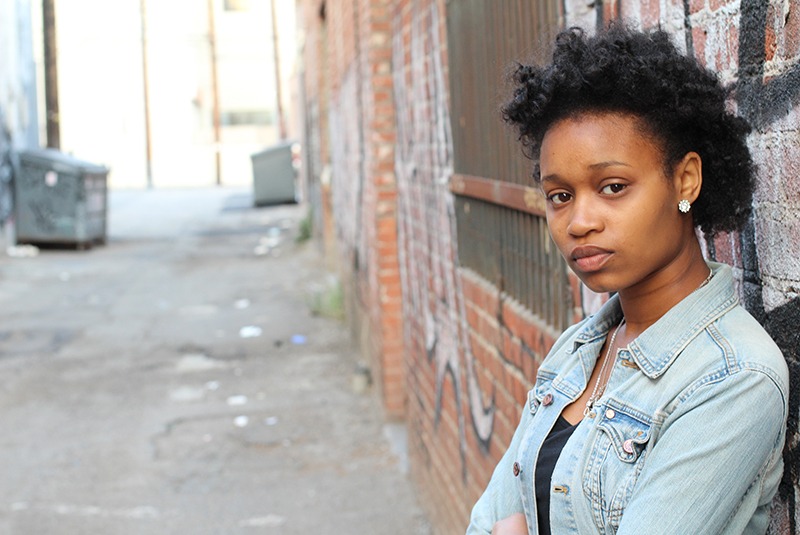 We’ve all seen the frequent news coverage before: the photo of a young Black man flashes across the screen after he is shot and killed in an American city. Moments later, reporters cut to a grieving family—usually the victim’s mother, romantic partner, or grandmother who is inconsolable with cries of grief. They typically remain nameless and melt into the fabric of the ongoing news cycle. And soon enough, we turn the channel and continue our day. We are desensitized to the onslaught of violent Black deaths and the cultural violence that legitimizes the suffering of Black people. In cities all across America, gun homicide is a significant public health epidemic that disproportionately impacts low-income, urban Black communities. But in a country divided on gun laws, we often forget that real people are attached to the consequences of this division—and they are disproportionately Black Americans.

This piece sheds light on the growing number of Black Americans wedged beneath the scourge of structural disadvantage and community-based violence. Their experiential knowledge is critical to better understanding both the problems and solutions of gun violence in urban America.

Most research on gun violence narrowly focuses on those wounded by guns and not the extended network of family, peers, and community members who are left behind. Scholars estimate that each homicide impacts three to 10 loved ones, including family members, other relatives, and friends of the deceased. Though likely underestimated, this translates into roughly 64,000 to 213,000 people annually in the United States. These individuals are known as “homicide survivors” or “co-victims” who vicariously experience the loss of a loved one to homicide and survive the experience.

Urban Black women and girls are more often exposed to community violence, such as witnessing someone being shot, seeing a dead body, or even being shot by guns themselves.

Black women and girls are more often homicide survivors given that Black households are frequently female-headed with extended networks and fictive kinships led by women. For example, Black mothers experience substantially higher child mortality than white mothers, disproportionately through nonaccidental death. In addition, Black male homicide victims are often survived by Black female romantic partners, such as a girlfriend or mother of their child.

For these women and girls, surviving gun homicide can be a kind of living death. Urban Black women and girls are more often exposed to community violence, such as witnessing someone being shot, seeing a dead body, or even being shot by guns themselves. They are frequently tasked with the “gendered punishment” of making funeral arrangements, settling debts, and caring for those left behind when someone is fatally injured by guns. Urban Black women and girls also often shoulder the economic burdens of loss of household income and domestic labor from the death. Legal scholar Kimberlé Crenshaw calls this living death the “second killing” of Black women and girls, who are forced to relive the trauma of vicarious, violent loss at the hands of others.

Assaultive gun violence… is also said to reduce the life expectancy of Black Americans by more than three years.

As a street ethnographer and critical criminologist, I’ve spent the last decade interviewing and examining the lived experiences of Black women and girls entangled in the criminal justice system and street violence.

Street ethnography as a method calls for the systematic and immersive study of culture—specifically street life and the various modes of survival in distressed, urban Black communities. My work centers on Black American ways of knowing and thinking, and privileges how Black women and girls at the margins see and understand their social world. Critical examination of these perspectives allows me to uncover deeper meanings about urban inequality more broadly.

For example, in my recent article in Journal of Marriage and Family, “Mothering in the Streets,” we found that street-identified Black mothers develop context-specific and adaptive strategies to raising children, including constrained mothering, racialized mothering, and aspirational mothering. They not only enacted these strategies to survive violent, structural conditions, but these same strategies also exposed the mothers to harm with police, social workers, and other state agents. My work grapples with how this overarching criminalization shapes their mothering practices. 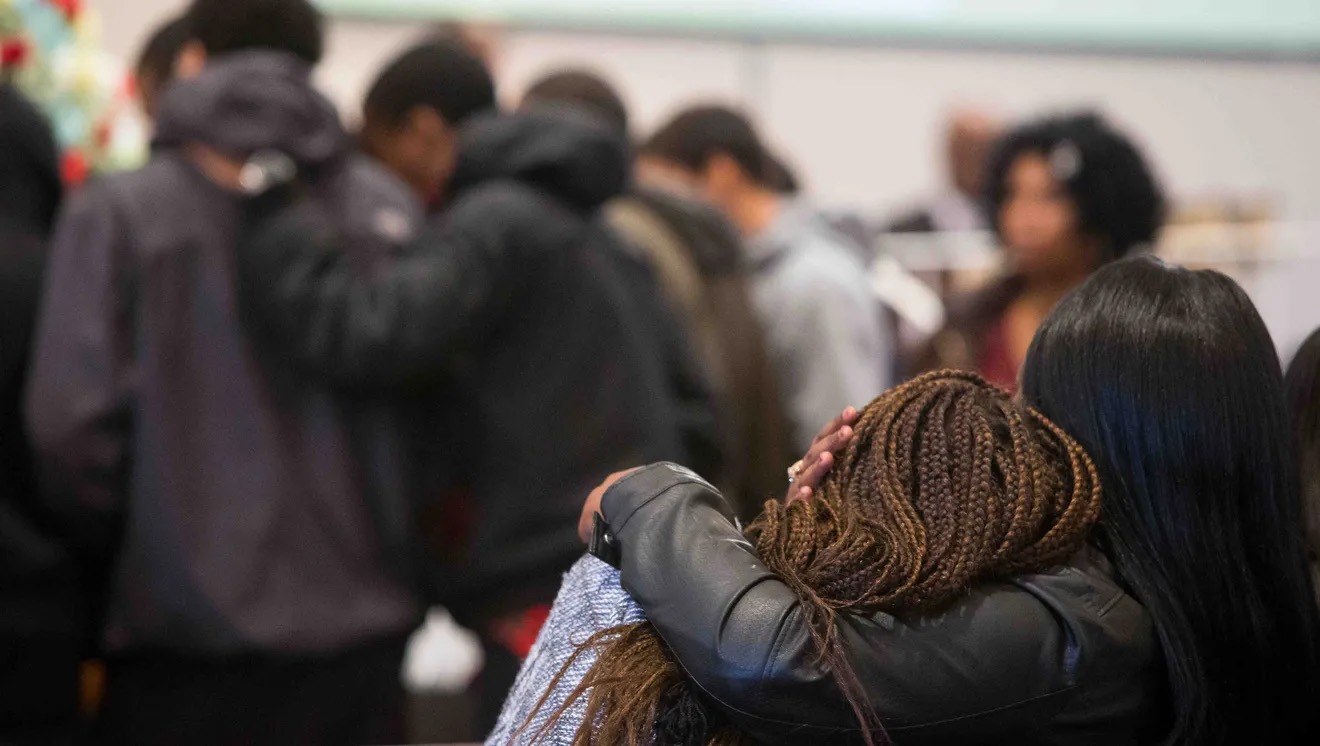 Urban Black women and girls also often shoulder the economic burdens of loss of household income and domestic labor from the death of family members. Legal scholar Kimberlé Crenshaw calls this living death the “second killing” of Black women and girls, who are forced to relive the trauma of vicarious, violent loss at the hands of others. Photo credit: Suchat Pederson / The News Journal.

Using a methodological framework called street participatory action research (Street PAR), I actively include members of the “researched” (such as those formerly incarcerated, involved in violence, or otherwise hard-to-reach) in the research process, including study design, implementation, data analysis, and activism. Street PAR assumes that individuals who are actively or formerly involved in the streets are best placed to systematically examine the socio-structural experiences of an urban and/or street population. These individuals possess an indigenous, cultural worldview that often goes ignored or delegitimized by mainstream academia. Academia often values an “outsider” or “objective” lens from a “dispassionate” observer as the only standard of rigor. But Street PAR sees research as a collaborative, participatory enterprise that involves conducting research with rather than merely on hard-to-reach communities. As such, Street PAR centers the “insider” knowledge of marginalized groups, shifting the location of power and knowledge production.

In practice, Street PAR and ethnography involves relationship- and trust-building with street-identified Black women and girls during and after the data collection process. I listen to and engage with their stories, honor their vulnerability in sharing intimate details about their lives, and channel this research towards the justice and liberation of their communities. I immerse myself in communities by attending anti-violence summits, hospital-based violence intervention programs, community outreach and training programs, community meetings, funerals, barbeques, and other local events. Street PAR involves meeting street-identified people where they are—both actually and figuratively—and seeking to understand their experiences towards knowledge production.

In cities like Wilmington, DE, Philadelphia, PA, and Baltimore, MD—where fatal and nonfatal shootings are on the rise—I’ve talked to countless “mothers and mates” of those wounded by guns. They continue to struggle to deal with the scourge of violence in their neighborhoods, oftentimes with little resources or methods of recourse for their traumatic loss.

I attended a youth anti-violence summit in Wilmington, DE, and listened to seven Black mothers describe how much their lives have changed after losing their child to gun homicide.

It’s been more than a decade since Sylvia’s1 daughter was shot and killed by the father of her child in a domestic dispute. But the pain of this loss is still raw for Sylvia. She shares the challenge of navigating public space as a homicide survivor:

You know, when something like this happens, you have to learn to live and laugh again… I remember being so scared to go in the grocery store, because people don’t know you as ‘Sylvia’ no more. They know you as ‘Sylvia, whose child has been murdered.’ And that’s how I thought everybody looked at me. So, it took me a while to learn to live again. […] My message is to all women, girls, men, boys: no means no. You have the right to leave a relationship. You have the right to walk away without worrying about somebody trying to take your life. […] I miss my baby. […] People don’t realize that we wear this great big hole in our hearts. Yes, you see the outside and it looks like we are happy—we laugh, we do this and that. But we hurt inside, we hurt every single day.

Surviving a violent death often shatters one’s worldview and disrupts understandings about the goodness of the world and its inhabitants. Gun homicide sometimes “plunges survivors into a netherworld and unleashes a fury of intense emotions,” including extreme shock, detachment, phobic anxiety, sleep disturbances, intense rage, and fear.

Tina and Sharonne revealed the trauma of losing their sons to gun violence:

Tina: “I don’t trust anybody. I constantly have to remind myself that my other children are not my son…To allow them to grow up and not to take their life away from them, their experiences. But it’s a mental battle every day. My accomplishment each day is me getting out of the bed. If I get out the bed, it’s a good chance I can make it through the day.”

Sharonne: “I contemplated suicide probably four times. Just as a single mom, as a teenage mom, I never imagined that I would have to bury one of my children. For a year, I didn’t take my blood pressure medicine. Just for the fact that I thought I would die. And I want to say that didn’t happen, but I talked to God every morning that I woke. ‘God, why did you leave me here another day to deal with this?’”

In the aftermath of gun homicide, street-identified Black women and girls are tasked with recovering and restoring communities that face continuous harm. They demonstrate remarkable resilience in extreme adversity to be strong for themselves and their families. But, in the words of critical Black Studies scholar Dr. Charisse Burden-Stelly, “Resilience is a coping strategy, not a virtue. Celebrating resilience without interrogating the challenges, problems, and structural issues folks are routinely forced to confront runs the risk of idealizing the capacity to suffer.” Scholars, practitioners, and policymakers must remember that just because these women are able to exhibit resilience in the face of extreme adversity does not mean it is a just burden for them to bear.

Black mothers develop context-specific and adaptive strategies to raising children, including constrained mothering, racialized mothering, and aspirational mothering. They not only enact these strategies to survive violent, structural conditions, but these same strategies also expose them to harm with police, social workers, and other state agents. Photo credit: William Bretzger / The News Journal.

Brooklynn Hitchens is an assistant professor in the Department of Criminology and Criminal Justice at the University of Maryland, College Park. She is currently a project director of a study on high-risk gun carrying in Philadelphia funded by the National Collaborative on Gun Violence Research (NCGVR). See her professional website.