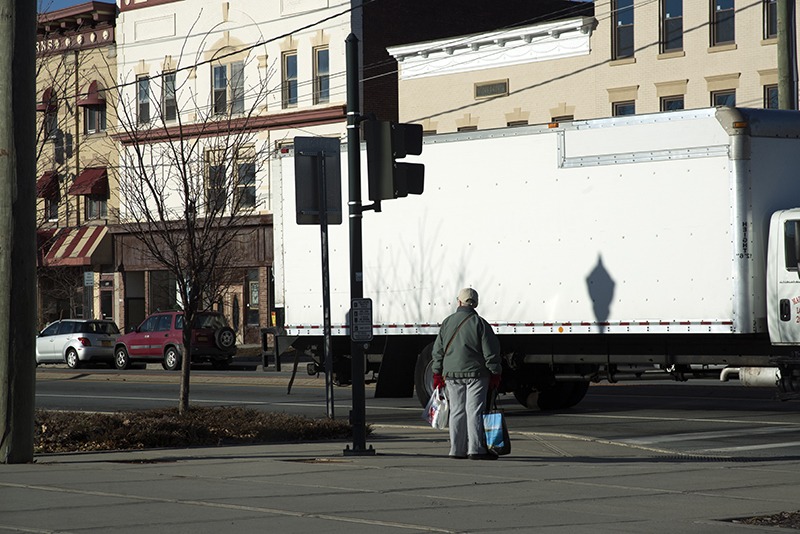 See the full data dashboard that accompanies this blog and read the “Epidemic in a Pandemic” series introduction.

A Decline In Overdose Mortality

In January, the CDC reported its official mortality data for 2018. The numbers have largely been reported as hopeful. The US saw the first increase in life expectancy in four years resulting in no small part from the first decline in overdose deaths in more than 20 years. Last summer, when preliminary data were released, we asked if we have turned a corner in the opioid epidemic.

That question is even more complicated in the wake of COVID-19 as many of the public health initiatives that helped reduce the overdose death rate are in jeopardy. Changes in drug tolerance from staying home and drug quality from shifting dealers or supply increases the likelihood of overdose as does reduced access to treatment medications like naloxone, buprenorphine, and methadone. Many county officials are already reporting a spike in overdose deaths.

We took a deep dive into the overdose mortality numbers for the past two decades to understand what the recent decline in overdose deaths means in context and to better understand who is most affected by this crisis, where the crisis is located, which drugs contribute to the crisis, and how public policy and research have played a part in beginning to turn a corner. We hope this information can help focus public health addiction policy going forward.

Who Dies from Overdoses?

Opioids are not the only driver of the overdose crisis. Deaths from illegal stimulants with abuse potential—mostly cocaine and methamphetamine—have increased dramatically in recent years. The percentage of overdose deaths involving a stimulant jumped from 32 percent in 2016 to 38 percent in 2017 and all the way to 42 percent in 2018. An increase in stimulant related deaths in part explains why people of color have not seen the same reduction in mortality as their white peers. Cocaine was involved in 43 percent of Black overdose deaths, more than twice the 18 percent of White deaths that involved cocaine. Methamphetamine, and related synthetic stimulants, have had a disproportionate effect on American Indian and Asian/Pacific islander communities. Thirty-nine percent of American Indian overdoses and 36 percent of Asian overdoses involve methamphetamine (or similar) which is nearly twice the 20 percent of white deaths involving methamphetamine.

Another vulnerable population that has not seen a drop in overdose mortality is older Americans—those over 65. Treating opioid-use disorder in seniors, and preventing accidental overdose deaths, is often complicated because seniors are likely to have more underlying health concerns necessitating either opioids or drugs counter-indicated with opioids such as benzodiazepine sedatives including Xanax. Older Americans are often not warned of by their doctors of the potential for abuse.

The main difference in overdose deaths for seniors (65 and older) compared to their prime working-aged peers (those 25 to 50 years old) is that far more overdoses are not attributed to either opioids or stimulants. Non-opioid and non-stimulant deaths account for a third of total overdoses for seniors, more than twice the percentage for prime working-aged adults. The most common of these drugs include sedatives, non-opioid pain killers, psychiatric drugs, and other non-opioid legal prescriptions alone or in combination. However, this difference doesn’t account for the increase in overdose deaths among seniors as the number of non-opioid and non-stimulant deaths remained largely consistent for the past decade. The increase in mortality has been driven primarily by an increase in deaths related to fentanyl and stimulants, with a small increase in heroin deaths.

Opioid deaths fell most sharply for the youngest adults—those between 18 and 25—who had traditionally been left out of the opioid crisis narrative despite the fact that two thirds of adults diagnosed with opioid use disorder reported first using before 25. The sharp decline in overdose deaths for young adults could be driven by the recent focus on preventing opioid abuse aimed at adolescents including school-based SBIRT programs, additionally young adults are more likely to interact with the criminal justice system, including incarceration, parole, probation, and drug courts all of which aim to reduce opioid use through drug testing and sometimes treatment.

Where are Overdose Deaths Concentrated?

Despite these gains, many of the states with the highest mortality rates have not been able to turn a corner on the overdose crisis yet. Delaware and New Jersey had fairly large increases in the overdose mortality rate by seven deaths and three deaths (out of 100,000) respectively while Maryland and Massachusetts saw slight increases of around a single death. It is important to note that even in states where mortality rates increased, they did so by far less in 2018 than years prior. The only exceptions to that statement are Missouri and Vermont which saw increases in mortality of four and three deaths, respectively. Missouri and Vermont both have neighboring states that were much harder hit by the overdose epidemic and may be seeing a delayed spillover effect.

Which drugs most contribute to lethal overdoses?

The majority (75 percent) of overdose deaths in 2018 with a recorded drug involved an opioid which is slightly down from 77 percent in 2017. While the number of deaths associated with traditional prescription opioids such as oxycodone and methadone as well as the illegal opioids heroin and opium have declined, the number of deaths involving fentanyl and similar synthetic opioids, cocaine, methamphetamine and similar illegal stimulants, and overdoses involving both a stimulant and an opioid have increased.

The increase in fentanyl, cocaine, and methamphetamine deaths corresponds to an increase in use, not just an increase in fatality; there has been an increase in the frequency of finding all three drugs in urine drug tests. The meth crisis was central to drug abuse policy discussions in the early to mid-2000s but fell largely along the wayside as it was eclipsed by the opioid crisis. However, meth has remained devastating for vulnerable populations, specifically American Indians, and reservations often lack the law enforcement and public health resources to effectively combat it. Meth also brings associated crime including robbery, burglary, and sex trafficking.

One complicating factor in understanding the trajectory of the opioid epidemic is that not all overdose deaths are attributed to a specific drug or set of drugs and that missing information varies by year and state. Only 75 percent of overdose deaths had a specific drug listed in 2009 compared to 92 percent in 2018. Adjusting for differences in reporting, by assuming deaths with unreported drugs have the same distribution of drugs as reported deaths, patterns remain largely the same but there are likely uncounted opioid deaths.

Full and accurate reporting of the drugs involved in fatal overdoses is important for deploying effective public health services. Drugs that can reduce fatal overdoses, such as naloxone, are ineffective at treating cocaine and methamphetamine overdoses. Further, benzodiazepines can be used to treat cocaine and methamphetamine overdoses to sedate a patient, but they can exacerbate an opioid overdose by reducing breathing.

Reporting of specific drugs also varies substantially by state. Only 15 states have consistently reported specific overdose drugs in 90 percent or more overdose deaths since 2000. However, an additional 22 states improved their reporting to the 90 percent level by 2018 including four of the five states with the highest overdose rates. The outlier is Pennsylvania, despite having the fourth highest overdose rate in the country in 2018, only 76 percent of overdose death records specify the drug or drugs involved. Alabama and Louisiana are the only states with worse reporting rates at 76 and 54 percent respectively.

The patterns in the data are suggestive that efforts to combat the opioid crisis have been successful but we can’t disentangle which efforts were the most successful with mortality data alone. One underreported policy change is the number of states that have improved their specific-drug overdose reporting procedures giving policy makers, public health workers, and researchers better tools to assess the extent and source of the overdose crisis. The COVID-19 crisis has further highlighted the importance of clear, accurate, and available public health and mortality data in targeting policy responses.

Efforts to expand availability of naloxone and train people in its use have likely helped curb the increase in overdose death rates and recent moves by the FDA to approve a generic version of the nasal spray and support the development of an over-the-counter product are likely to reduce deaths even more. Particularly hard hit areas have even moved to training teens and children in how to prevent, recognize, and treat an opioid overdose. The decline in overdose deaths associated with legal opioids such as oxycodone may also signal that physician training and prescription monitoring programs have been successful at limiting abuse of prescribed opioids but may have unintentionally pushed people with addictions toward heroin and fentanyl.

In light of the decrease in overdose deaths it does appear that we have begun to turn a corner when it comes to battling opioid use disorder in the general population. More work is still needed to target older adults and communities of color to further reduce the death toll. It is also key that public policy and health practitioners remain vigilant as cocaine and methamphetamine use increases. This initial uptick in deaths could predict that a larger wave of overdoses is coming so it is imperative to maintain key policies that target opioid use disorder and adapt and expand those policies for methamphetamine and cocaine.

While the COVID-19 crisis substantially complicates public health responses to overdose deaths and addiction, it is vital to maintain current effective policies and adapt them to social distancing guidelines. Maintaining safe distribution of naloxone, buprenorphine, and methadone are of particular importance and federal rule changes have already increase flexibility of methadone distribution leading to new delivery methods.

In “Epidemic in a Pandemic” the Rockefeller Institute’s Stories from Sullivan team examines what has happened to substance-use treatment access and effectiveness during COVID-19. Follow along here and on social media with the hashtag #StoriesfromSullivan. 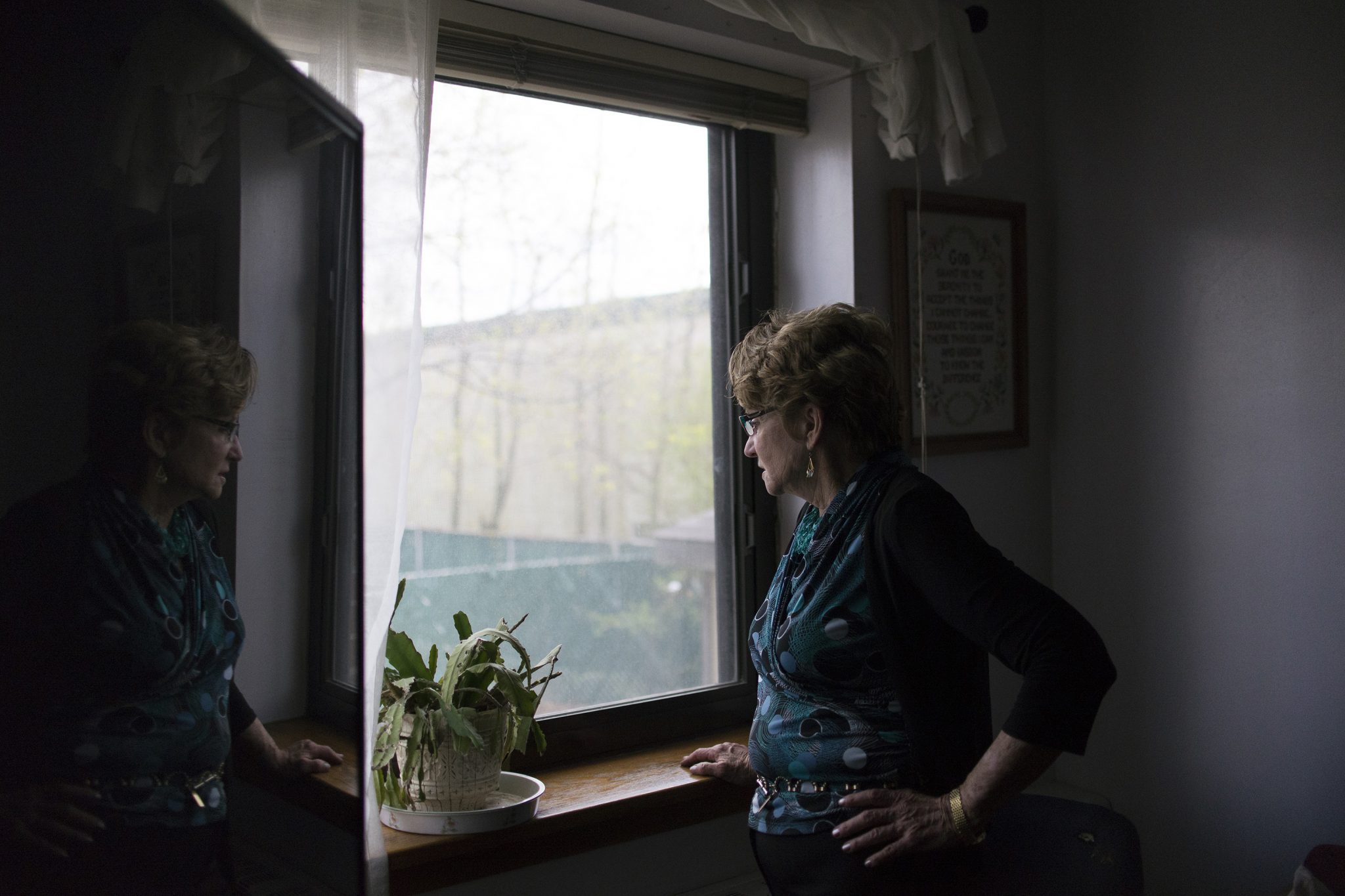