What Medications Are Used in Medication-Assisted Treatment? 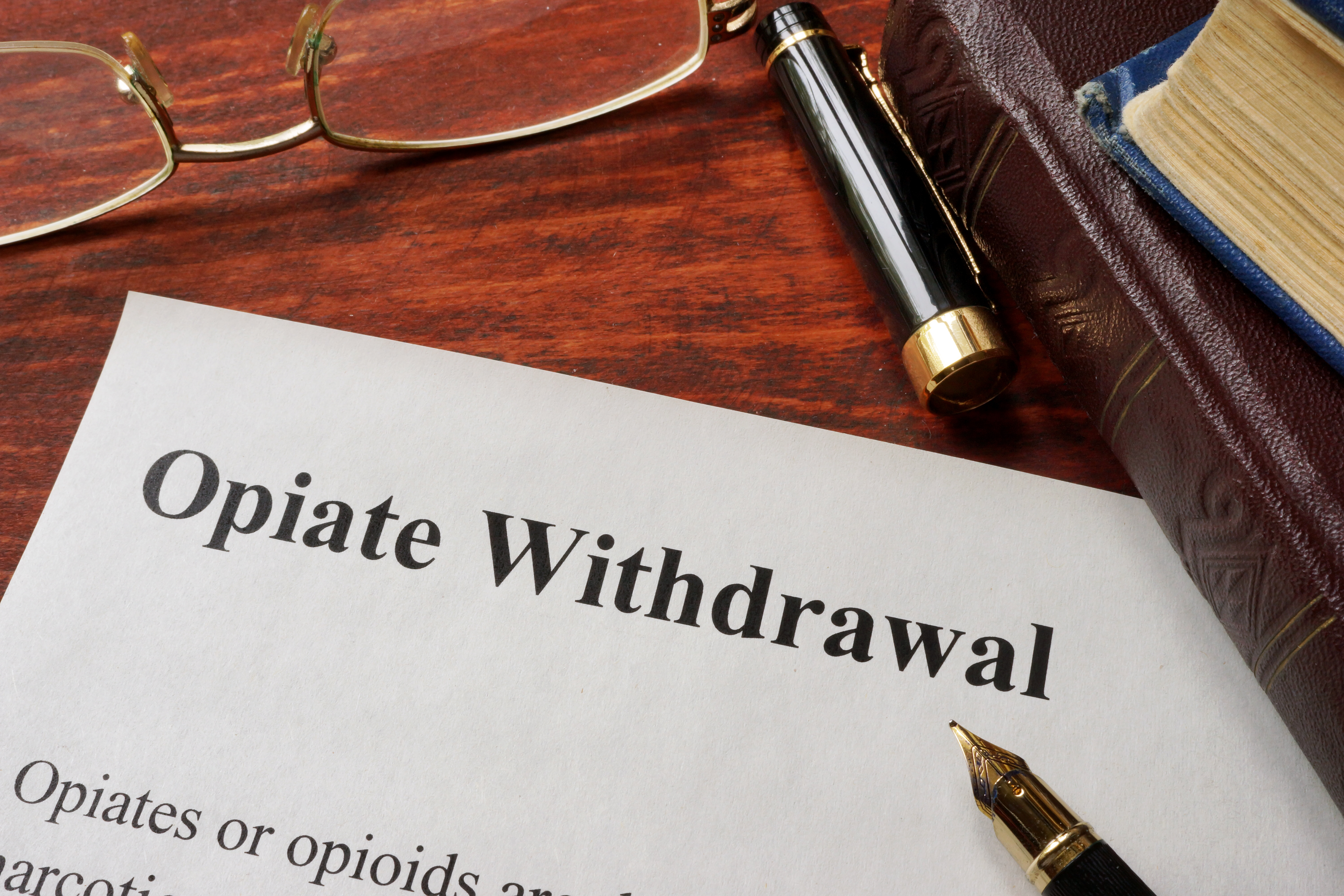 Methadone is well known as the standard medication-assisted treatment for opioid-use disorder. Introduced in the early 1960s as a medical response to the heroin epidemic in New York, methadone was approved by the Food and Drug Administration (FDA) in 1972 for the long-term medication treatment for opioid addiction. Although methadone is the most used medication with the longest history of managing opioid addiction, it has garnered continuing public controversy. Today, methadone, buprenorphine, and naltrexone are the three essential medicines approved by FDA for opioid-use disorder treatments. Here, I lay out what these medications are and what research has to say about their relative strengths and weaknesses.

What is methadone and how does it work?

Methadone is a full opioid agonist that activates opioid receptors in the brain. It can suppress withdrawal symptoms and reduce cravings in patients when taking therapeutic doses. Although methadone still activates opioid receptors (as other full opioid agonists like heroin and morphine) the use of methadone in opioid-use disorder treatment is not simply replacing one drug with another. Unlike other full agonists, methadone is long acting and thus produces different effects than other full opioid agonists. For instance, heroin has an immediate onset and short duration of action in the brain, leading to a brief period of intense “high” that fades away quickly and ends with a “crash,” resulting in strong cravings. In contrast, methadone has a gradual onset and long duration of action and hence prevents rapid fluctuations in drug levels in the brain. Therefore, patients on therapeutic doses of methadone do not get “high” and their potential cravings and withdrawal symptoms are controlled. Methadone maintenance can also dampen the euphoric and sedating effects of other illicit opioids.

As such, methadone suppresses the compulsive use of opioid drugs and allows the affected brain circuits to gradually restore balance. In return, people maintained on methadone are stabilized and able to participate in other therapies to improve their social productivity. Consequently, methadone reduces high-risk behaviors, such as crime or infectious disease transmission, including hepatitis and HIV.[1] Methadone is also used to treat opioid-dependent women who are pregnant or breastfeeding to prevent complications of opioid addiction and withdrawal, reducing health risks for both mother and child.[2]

Because methadone is a long-acting opioid, it takes several days for the medicine to achieve its full effects, which can accumulate in one’s body with repeated dosing. Therefore, patients on methadone start with low doses and increase the dose slowly. Research indicates that higher doses have better results than moderate doses.[3] The methadone maintenance treatment requires at least 12 months and can extend to an indefinite period of time, depending on the patient’s situation. Patients can slowly taper off the treatment under medical supervision.

FDA-approved methadone products for opioid-use disorder treatment include Methadose®, Dolophine®, and Diskets®, in the formulation of tablets, powders, dispersible tablets, or liquid concentrates. Methadone is highly regulated and can only be distributed in oral forms through accredited opioid treatment programs. Patients need to show up at the specialized clinic, typically every day, and take methadone under medical professionals’ watch. Take-home doses are extremely restricted. While such a highly structured distribution form can prevent diversion of the drug and connect patients with the recovery world, it is cumbersome and can prove dehumanizing,[4] effectively restricting patients’ access to the treatment. Methadone has also been criticized for its side effects, addictive properties, and risks of abuse and overdose. For instance, research finds that methadone may be associated with irregular heartbeat and may interact with other medications to cause heart conditions.[5] As a full agonist, methadone has abuse and dependence liabilities, which could lead to overdose deaths.[6] Due to methadone’s build-up effects, there is also the risk of unintentional overdose.

What are other alternative medicines?

Buprenorphine was approved for opioid-use disorder treatment by the FDA in 2002. Similar to methadone, it eliminates cravings and withdrawal symptoms. But buprenorphine is a partial opioid agonist, meaning that it occupies the same opioid receptors but activates them less strongly than full agonists like methadone. Buprenorphine produces a “ceiling effect,” that is, after a certain dose, its effectiveness will not increase but remain constant. Furthermore, due to its high affinity for the opioid receptor, buprenorphine expels, displaces, and blocks the effects of other opioid agonists. Therefore, compared to methadone, buprenorphine induces fewer risks of abuse and overdose, less physical dependence, and fewer withdrawal symptoms after ceasing use.[7] In addition, buprenorphine might have fewer side effects than methadone, which helps patients to tolerate the medicine better.[8] While methadone has been the standard treatment for pregnant women with opioid-use disorders for more than 40 years, recent studies suggest that buprenorphine might be associated with lower incidence of neonatal abstinence syndrome,[9] shorter neonatal treatment time, and higher birth weight.[10]

Buprenorphine is currently available in a pure form as tablets placed under the tongue (Subutex®), 6-month implants (Probuphine®), or once-monthly injections (Sublocade™).  It is also available in a combination with the opioid receptor antagonist naloxone, as films placed in the cheeks or under the tongue, or tablets placed under the tongue (Suboxone®, Bunavail®, Zubsolv®, Cassipa®). The added naloxone in the buprenorphine-naloxone combination has no effects when the medicine is taken as prescribed. However, when the medicine is injected, the naloxone effect dominates and can quickly produce severe withdrawal symptoms, which further deters the diversion and overdose of the medicine. Since buprenorphine-containing products are relatively safer than methadone, they are permitted to be prescribed or dispensed in office-based settings by qualified physicians and other practitioners who have received a waiver from the United States Drug Enforcement Administration (DEA). Patients can get the medicine in a pharmacy and take it in private. Such distribution form significantly increases treatment access while promoting patient privacy. Moreover, the extended-release buprenorphine implant and injection eliminate the need for self-administration of daily dosing by patients.

Another commonly-used medicine for opioid-use disorder treatments is naltrexone, an opioid antagonist. Different from methadone and buprenorphine, naltrexone purely blocks any opioids from opioid receptors and thereby prevents their euphoric and sedative effects. Naltrexone gradually diminishes the physical dependence on opioids and has no addictive and abuse potential. Any healthcare provider who is licensed to prescribe medications can prescribe naltrexone. However, naltrexone is associated with poor treatment adherence and tolerability among patients.[19] The pill form of naltrexone (ReVia®, Depade®) has been available since 1980s yet evidence for its effectiveness is not sufficient.[20] An extended-release injectable naltrexone (Vivitrol®) was approved and recommended for opioid-use disorder treatment by FDA in 2010. Because it lasts for one month and is not a narcotic, Vivitrol® helps with treatment compliance and could be the choice for patients who do not have access to or who do not wish to take methadone or buprenorphine.[21]

Nevertheless, Vivitrol® still has problems of treatment dropout and missed injections. And naltrexone requires patients to complete full detoxication for a minimum of 7-10 days before starting.[22] Studies find it is rather difficult to initiate the naltrexone treatment, especially among active opioid users.[23] Further, naltrexone removes tolerance to opioids and thereby relapse after treatment discontinuation risks overdose and death.[24]

It is important to note there is a misconception that medication-maintenance treatment does not produce real recovery because it makes patients dependent on medications like methadone or buprenorphine. However, medication-maintenance treatments stabilize patients by preventing withdrawal symptoms and cravings so that patients can function normally. Dependence is not equivalent to addiction. Addiction to drugs is associated with abnormal brain activities and changes that lead to the loss of control. Dependence on opioid medication treatments, in contrast, is the standard medical management of a chronic disease, just like treatments for any other chronic illness, from diabetes to asthma.

Jiacheng Ren is a research assistant at Rockefeller Institute on the Stories from Sullivan project and a Ph.D. candidate at the Department of Political Science, Rockefeller College of Public Affairs and Policy, University at Albany

[4] Patients might find the way methadone is distributed demeaning due to the security measures at the clinics—bars, security guards, taking medication under supervision, etc.

[7] Paul J. Whelan and Kimberly Remski, “Buprenorphine vs Methadone Treatment: A Review of Evidence in Both Developed and Developing Worlds,” Journal of Neurosciences in Rural Practice 3, no. 01 (2012): 45-50.

[8] Richard B. Rothman et al., “An Open-label Study of a Functional Opioid κ Antagonist in the Treatment of Opioid Dependence,” Journal of Substance Abuse Treatment 18, no. 3 (2000): 277-281; Walter Ling et al., “A Multi‐center Randomized Trial of Buprenorphine–naloxone Versus Clonidine for Opioid, Detoxification: Findings from the National Institute on Drug Abuse Clinical Trials Network,” Addiction 100, no. 8 (2005): 1090-1100.

[9] “Neonatal abstinence syndrome” refers to withdrawal symptoms in babies exposed to opioids in the womb before birth.

[14] Whelan and Remski, “Buprenorphine Vs Methadone Treatment: A Review of Evidence in Both Developed and Developing Worlds,” 45-50; Rosado, James, et al. “Sublingual Buprenorphine/Naloxone Precipitated Withdrawal in Subjects Maintained on 100 mg of Daily Methadone,” Drug and Alcohol Dependence 90, no. 2-3 (2007): 261-269.

[15] Whelan and Remski. “Buprenorphine Vs Methadone Treatment: A Review of Evidence in Both Developed and Developing Worlds,” 45-50.

[17] Sharon L. Walsh and Thomas Eissenberg, “The Clinical Pharmacology of Buprenorphine: Extrapolating from the Laboratory to the Clinic,” Drug and Alcohol Dependence 70, no. 2 (2003): S13-S27; Nicolas C. Clark, Nicholas Lintzeris, and Peter J. Muhleisen, “Severe Opiate Withdrawal in a Heroin User Precipitated by a Massive Buprenorphine Dose,” Medical Journal of Australia 176, no. 4 (2002): 166-167.