Domestic Abuse in the Time of COVID-19 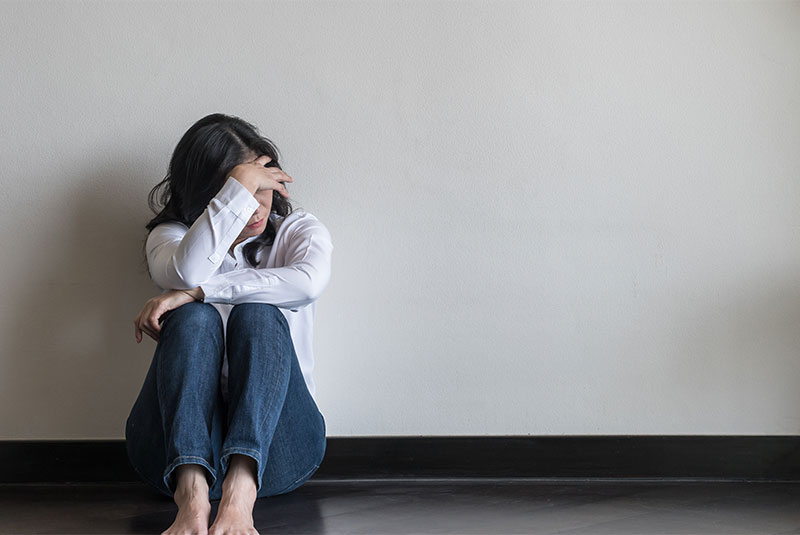 The threat of the COVID-19 pandemic extends beyond the spread of infectious disease, high rates of unemployment, and economic recession. The coronavirus outbreak and government responses to it have created the ideal conditions for another public health crisis: a spike in domestic violence.

Historically, in times of strife such as war, natural disasters, and famine, rates of gender-based violence have soared. Early signs are indicating the same is true for the COVID-19 pandemic. In February, the peak of the coronavirus outbreak in China, police stations are reporting the number of domestic violence reports were up to three times higher than last year; and, in Lebanon, groups are reporting a 60 percent increase in domestic abuse cases since the pandemic began.

Social isolation, economic stressors, and fears of contracting a life-threatening illness in combination with mandatory stay-at-home orders that force abusers and their victims together for long periods of time have stoked fears that the number of domestic violence incidents will skyrocket in the United States.

On any given day in America, 20 people per minute are physically abused by an intimate partner. According to the New York Office for the Prevention of Domestic Violence, nationally, one-third of women and one-quarter of men have experienced some form of physical violence at the hands of an intimate partner (spouse, ex-spouse, or boyfriend/girlfriend) in their lifetime. The possibility that conditions in the wake of the coronavirus pandemic will increase these already high numbers is troubling.

Initial findings in a sample of US cities show that crime reports have largely decreased since the pandemic began. This includes police reports of domestic violence too, but often at a slower rate than other crimes. However, there are concerns that the reduction in reports does not reflect a true decrease in domestic violence incidents. Stay-at-home orders that require victims to be in close proximity to their abusers present new challenges for victims seeking to safely report violent incidents.

The diverging trends of increasing calls for support and a decrease in actual reports of domestic violence is troubling and suggests that victims may be delaying reporting until either they feel safe enough to do so or until a threatening situation escalates.

In New York City, when all of the Family Justice Centers temporarily closed to observe social-distancing orders, visitor traffic to NYC HOPE—a government-run website that provides resources to domestic violence victims—more than doubled. Between March 18 and April 5, the website averaged 115 unique visits a day compared to 45 visits a day prior to when the state’s stay-at-home order was instituted. The Violence Intervention Program, a shelter in New York City that serves primarily Latin American clientele, saw its call volume increase by 35 percent in March. In spite of the potential health risks of being in close proximity to others, the majority of the shelter’s uptick in calls came from survivors seeking refuge. There has been a sharp uptick in requests for restraining orders, too. Despite each of these trends, the number of reported cases of domestic violence in New York City over the same time period has fallen by nearly 40 percent.

Similar patterns are being reported across the country:

The diverging trends of increasing calls for support and a decrease in actual reports of domestic violence is troubling and suggests that victims may be delaying reporting until either they feel safe enough to do so or until a threatening situation escalates. Sometimes waiting can mean the difference between life and death, however. For instance, a report out of Canada notes that caseworkers are seeing threats of violence turn into acts of violence and that the severity of the abuse inflicted is worsening.

It is estimated that firearm sales in March 2020 increased by 85.3 percent from the year prior, concurrent with the spread of stay-at-home orders across America. With the exception of January 2013, the month following the mass shooting at Sandy Hook Elementary School in Connecticut, there were more gun sales in March 2020 than at any time since the national firearm background check system was created 22 years ago.

Recently released statistics from the New York Police Department already show an increase in the number of domestic violence-related murders as of April this year when compared to the same period last year.

This increase in firearm sales adds an additional element of concern because when abusers have access to a gun they are five times more likely to kill their female victims. Guns are used to commit more than half of all murders of intimate partners, and every 16 hours an American woman is shot to death by her intimate partner. Nearly half of all female homicide victims are killed by a male intimate partner, and 82 percent of all homicide victims killed by an intimate partner are women. Additionally, The New York Office for the Prevention of Domestic Violence notes that nearly 20 percent of all domestic violence incidents in the state involve a weapon.

It is not unusual for uncertain times, such as the COVID-19 pandemic, to coincide with an uptick in firearm purchases: gun sales also spiked after 9/11, Hurricane Katrina, and Hurricane Sandy. Still, more guns and higher rates of domestic violence have the potential to be a deadly combination. Recently released statistics from the New York Police Department already show an increase in the number of domestic violence-related murders as of April this year when compared to the same period last year, and globally there have been reports of increased gun-related domestic violence incidents.

Actions to Prepare for an Uptick in Domestic Violence

Actions taken by other countries and recommendations of those on the frontlines of this crisis offer options to help prepare for an increase in instances of domestic violence in the midst of the COVID-19 pandemic. These include the following:

As noted, a surge in firearm sales has occurred along with the coronavirus outbreak. While New York is already on the forefront of gun violence intervention policy, this is not true for many states. To help prevent the intersection of the pandemic and a rise in firearm sales leading to a spike in domestic violence fatalities nationwide, policymakers in other states and at the national level can take a variety of actions regarding firearms. These include:

If you or someone you know needs help: