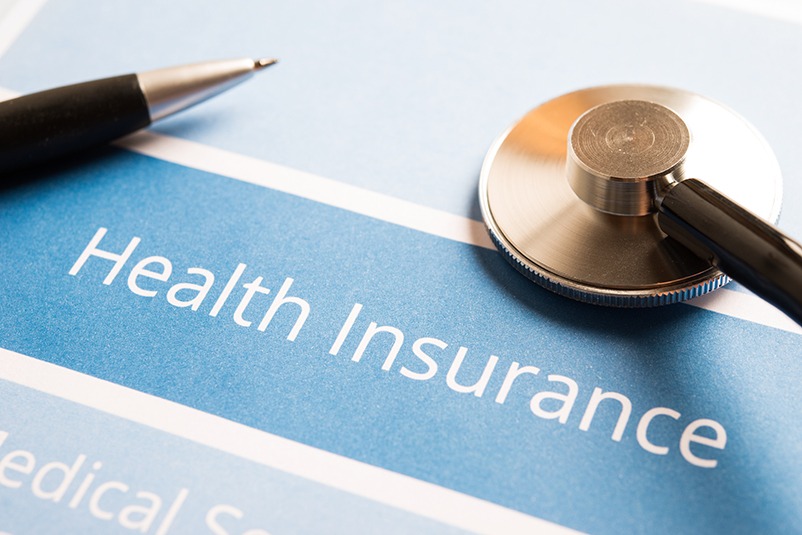 By John Kaelin and Jim DeWan

States represent significant purchasers of healthcare through their employee insurance programs—which cover millions of state employees and their families, retirees, and, in many cases, local jurisdictions. States also purchase health insurance through Medicaid programs and may influence purchasing through the Affordable Care Act (ACA) insurance marketplace. Between these programs, states have considerable purchasing power in regional health insurance markets. A recent report by the Rockefeller Institute, however, found limited coordination between employee health programs and other large state purchasing programs. Such coordination, were it pursued, might help alleviate rising healthcare costs through economies of scale.

On March 4, 2021, the Rockefeller Institute hosted a webinar to discuss how state and local government health insurance providers could better coordinate their health insurance offerings. Lead authors and Rockefeller Institute Fellows John Kaelin and Jim DeWan provided an overview of key findings from their report. Kaelin and DeWan then moderated a panel of experts to react to the report and share their own work in this area. The panelists included:

The discussion focused on the challenges escalating prices are creating for employers that are coordinating healthcare coverage for their workforce and how state employers can use their relative market power to generate innovative solutions.

The panelists stressed that the prices of healthcare services, as opposed to just the use of services, may be the most untapped potential for cost savings in the health system, particularly with respect to hospitals. Hospitals have become a driving factor in the overall increase in healthcare costs. Sabrina Corlette presented data from a survey of state health insurers recently conducted by the Georgetown University’s Center on Health Insurance Reform (CHIR). Half of state health insurers in the soon to be published survey identified the prices of hospital services as the single largest cost driver. As hospital systems have consolidated, prices have increased by 20 to 40 percent without any offsetting improvements in quality or health outcomes. In addition to consolidation, hospital price increases are enabled by lack of competition and insufficient market pressure to keep costs down. Addressing cost issues can be challenging. The presence of multiple hospital systems does not always lead to competition and lower prices. Large metro areas such as Boston and New York City have multiple systems but still have very high prices.

As Trish Riley noted “taking on those costs is no easy task.” She noted those that attempt to address the challenge through cost containment measures are generally met with three responses from healthcare providers. First, cuts in healthcare spending will result in jobs lost as hospital systems tend to be among the largest employers in their communities. Secondly, cuts will result in patients losing access to services. Lastly, providers argue that without adequate funding they would be unable to make investments in reserves and infrastructure required to pivot and address critical public health concerns in a timely manner. For example, hospitals would have been unprepared to mount a response to COVID-19 or meet other urgent public health needs.

As Trish Riley noted “taking on those costs is no easy task.”

However, the dollars spent on hospital services and other state employee healthcare is ultimately funded through higher premiums and taxes. In response to previous price increases, state employee health plans (SEHPs) and other employer plans have frequently increased enrollee cost sharing requirements but such continued increases are not sustainable. Many SEHPs operate with a presumed “unwritten contract” in which enrollees are assumed to have accepted lower wages in exchange for robust access to hospital networks and high quality benefits. But as employers have to allocate more to healthcare costs, wage growth can be limited.

Is Purchasing Power the Solution?

Currently, SEHPs and other employer plans frequently pay many multiples of what Medicare pays for the same services. Erika Socker noted that SEHPs are uniquely positioned among employers to address the challenges of increasing prices. States face substantial budgetary pressures making cost containment of employee healthcare a fiscal policy priority. SEHP enrollees are typically concentrated within limited geographic areas. As a result, they may be better suited to take advantage of their regional market power than large national employers. If SEHPs are the “first movers,” the strategies and reforms for cost containment implemented by SEHPs could then be adopted by private employers.

The forthcoming CHIR survey found that SEHPs have actively pursued negotiations and programs that address the prices of prescription drugs, the second largest driver of states’ health insurance costs, but far fewer states have directly targeted the costs associated with hospital care. The most common strategy reported is direct pricing negotiations with “Centers of Excellence,” hospitals or healthcare groups that provide highly specialized treatment. The panelists agreed that there was still considerable work to be done to address hospital prices.

One approach SEHPs may consider is the adoption of tiered networks. State workers could be offered a selection of networks with varying levels of coverage and costs. This would allow the employee to make their own decisions about the tradeoffs between premium and co-pay costs, and flexibility in selecting providers. In markets with adequate levels of competition, this will provide the state greater leverage in negations with providers.

The forthcoming CHIR survey found that SEHPs have actively pursued negotiations and programs that address the prices of prescription drugs, the second largest driver of states’ health insurance costs, but far fewer states have directly targeted the costs associated with hospital care.

State employers could also consider education campaigns to increase member awareness of healthcare prices and their health insurance and provider options. Benefit providers can debunk the myth that higher prices equals higher quality. Public awareness campaigns could be used to educate employees about the price of healthcare and illustrate examples of lower price, high quality hospitals. Unions may be a key ally in these initiatives as more choices and lower costs could benefit their members.

Erika Socker summarized the challenges facing governments and employees: “If we want to have a meaningful impact on costs without cutting benefits or shifting costs around and putting additional cost sharing on governments or workers, we need to be paying more attention to prices that are being charged and thinking of meaningful ways to address the underlying prices.”

The Rockefeller Institute report, along with the panel’s observations, revealed that SEHPs, despite their large size, are relatively understudied when compared to other health insurance programs. Even very basic data is not readily available. Future research from the Rockefeller Institute, the upcoming report (expected in May 2021) from the Georgetown University CHIR, and the ongoing work by the panelists will result in much more up-to-date information on the cost, enrollment, and scale of these programs. Such data is an essential building block in advancing any policy development. In addition, research highlighting how states have addressed the challenges of rising healthcare costs will be critical to developing effective policy.

Ultimately, the panelists agreed that many challenges exist, but they should not deter state government employers from “unleashing the purchasing power” of their SEHPs. Even small changes that limit price increase by one or two percent would make a meaningful difference.