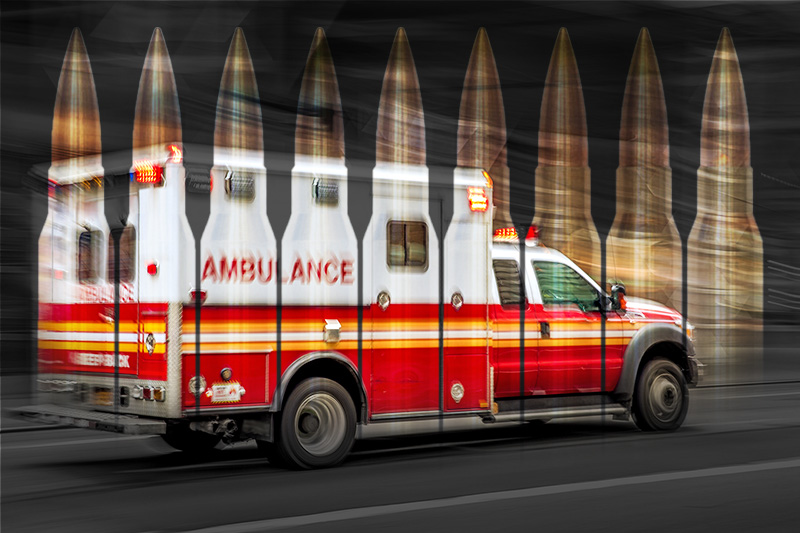 While consistent state-level data exist on fatal firearm violence including homicides and suicides, researchers have lacked reliable estimates of nonfatal firearm injuries. The Centers for Disease Control and Prevention (CDC) release annual mortality data through the Underlying Cause of Death database on their WONDER platform with specific codes for firearm mortality available to the public since 1999.

However, thousands of nonfatal firearm injuries occur every year that are not captured within that database. Roughly 108 people die every day from firearm violence, but three times as many are injured. A large portion of these injuries are nonfatal and the victims may suffer long-term consequences and subsequent health issues, putting further strain on not only health and mental health care resources but communities writ large. Existing research suggests that nonfatal firearm injuries disproportionately impact people of color; the rate of firearm injury among the Black community is ten times higher than among white people. Without more detailed information on firearm injuries, researchers struggle to calculate the full cost and societal burden of gun violence in our nation and evaluate existing policies intended to reduce firearm injuries. Most importantly, it is difficult to understand the actual number of people impacted—both directly and indirectly—by gun violence each year.

Roughly 108 people die every day from firearm violence, but three times as many are injured.

Firearm Death Rate: the number of deaths where a firearm was the underlying cause of death per 100,000 residents, age-adjusted.*

* Age-adjusted death rates are weighted averages of the age-specific death rates, where the weights represent a fixed population by age. They are used to compare relative mortality risk among groups and over time. An age-adjusted rate represents the rate that would have existed had the age-specific rates of the particular year prevailed in a population whose age distribution was the same as that of the fixed population.

The Regional Gun Violence Research Consortium (RGVRC) used this new dataset to analyze the member states of the Consortium—Connecticut, Delaware, Massachusetts, New Jersey, New York, and Rhode Island—and found that many of the member states were below the national average for firearm injury hospitalization rate, as displayed in Figure 1. In addition, almost all of the Consortium states ranked below the national average in firearm mortality. The firearm injury and death rates in these states are generally associated with the strength of their gun laws, as all six states occupy spots in the top 11 strongest gun laws in the nation—CT (3rd), DE (11th), MA (5th), NJ (2nd), NY (6th), and RI (9th), according to analysis by advocacy organizations. Typically, the overall strength of a state’s gun laws is inversely correlated with firearm violence, meaning that as the strength of state gun laws decreases, their firearm injury and death rates generally increase. For example, Mississippi, which has the weakest gun laws in the nation, has the second highest firearm death rate. The states that have fewer firearm deaths and injuries also tend to be the most active in gun violence law and policy.

Some notable findings include: 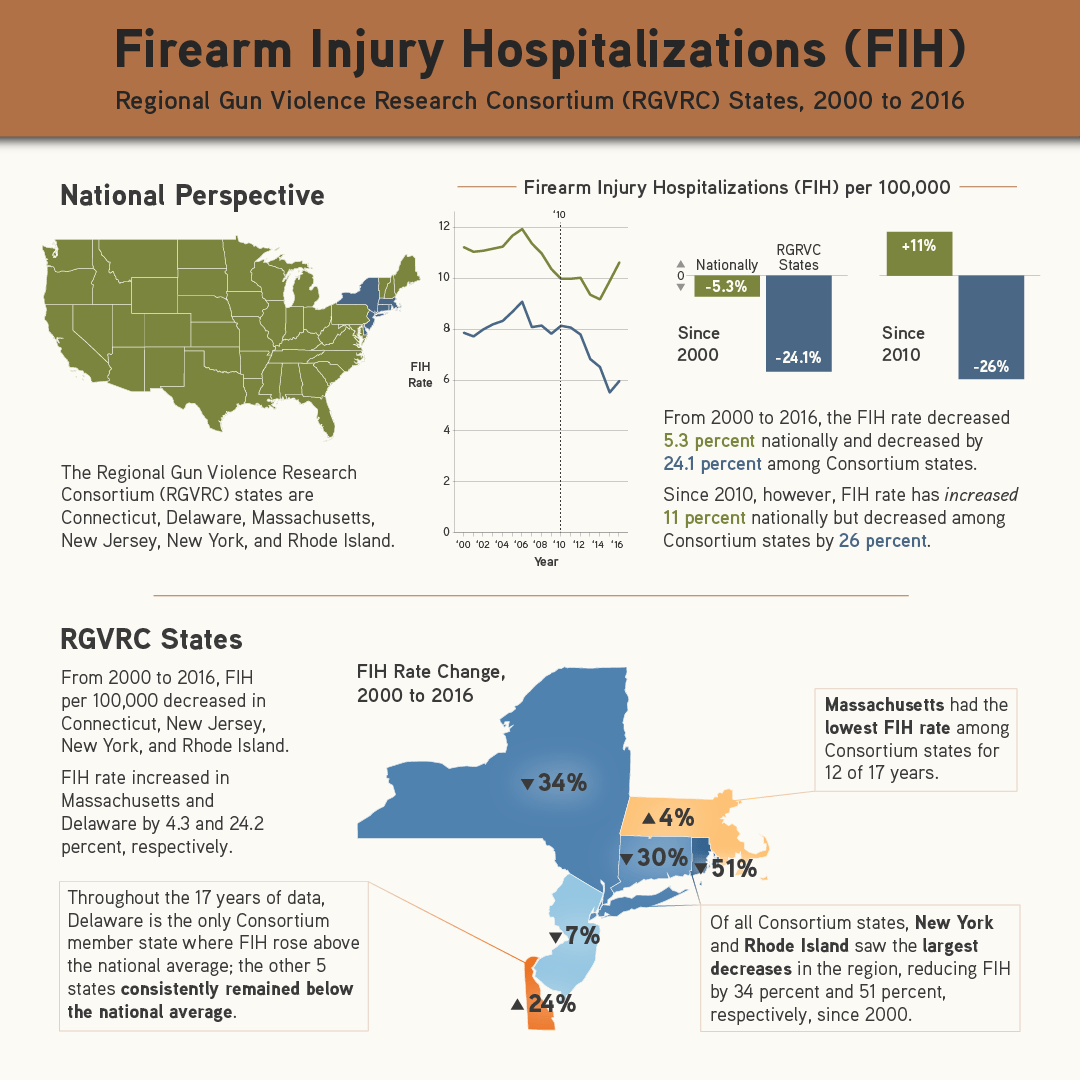