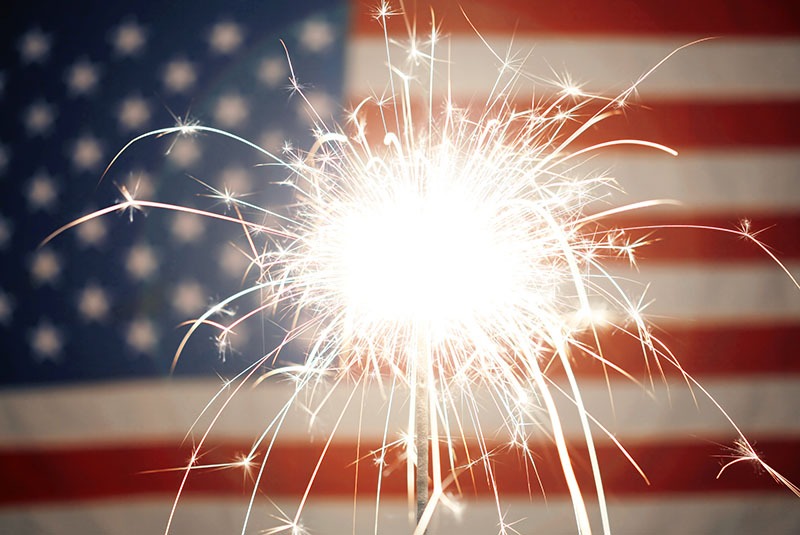 Governor Cuomo may have lauded New York’s milestone 70 percent vaccination rate with statewide fireworks on June 15, 2021, but this weekend’s Fourth of July will also carry particular significance for a nation reflecting on last year’s dearth of professional pyrotechnics. While many will find joy in the tradition of gathering with friends and family to watch the displays once again, others likely have some less-than-fond memories of last summer’s unsanctioned waves of fireworks.

Despite the fact that the five boroughs ban the use of every category of firework, New York City saw a massive spike in 311 and 911 reports throughout last June and July. Cities across the country experienced similar trends, and task forces and special response teams were designed solely to address the surge in illegal fireworks. With the safety hazards the activity posed, and the frustration it generated, one may wonder whether we should expect another summer of nightly explosions.

Currently, the only fireworks that can be legally sold and used in New York State are “sparkling devices,” a specific category of handheld or ground based devices that produce colored flames, noise, smoke, or a shower of sparks. They must be mounted or held by hand, rather than the projectile type used in professional displays, and are limited to under 500 grams of pyrotechnic material. These restrictions are in place to enhance public safety: fireworks were responsible for approximately 10,000 injuries and 12 deaths in 2019 alone. The New York State Security and Emergency Services Department recommends purchasing permitted sparkling devices from state-registered retailers, wearing eye protection, keeping a fire extinguisher on hand, following the package directions, and never pointing a sparkling device towards one’s own body, another person, or anywhere indoors.

Several New York communities initiated legislation over the last year in an effort to further restrict access and use. Albany County and Orange County (cities of Middletown and Newburgh only) implemented new bans on sparkling devices, joining the communities noted in last year’s “Fireworks & Federalism” report. Monroe County is also considering a bill to prohibit the sale of sparklers in the county after the increase in activity last summer.

Other states have taken a second look at their codes as well. The federalist structure that governs fireworks sales and distribution makes regulation particularly difficult, as individuals may purchase devices in less restrictive states and ignite them in others. Utah’s Governor has encouraged state lawmakers to tighten restrictions in the face of ongoing drought, citing the risk of wildfires, but also conceded that he does not possess the authority to outlaw fireworks himself. Ohio’s state senate and house, on the other hand, recently voted to lift restrictions by closing a purchasing loophole.

Legislative action is important, but there are also other economic factors that may dampen firework access and availability this year. Supply chain disruptions contributed to several goods shortages throughout the pandemic, and while the essential status of sparkling devices may be up for debate, the shortfall is not. An increase in demand has driven up prices around the country, and limited shipping capacity has also impacted the supply chain for an industry reliant on China for nearly all of its product. Any 2021 decline in illicit fireworks displays may be more attributable to the invisible hand than the long arm of the law.

Last year’s increase in illicit shows was never fully accounted for: it could have been the lockdown and lack of alternative social activities; the widespread civil unrest and protests for racial equity; or a simple impulse to celebrate something communally during a dark and isolating time. This year’s Fourth of July celebration—and the summer as a whole—will look different than that of 2020 on nearly every level. As the nation inches closer to a full reopening, opportunities abound for professional holiday events and a wholesale return to our old traditions. Only time will tell whether New York’s explosion of guerilla fireworks is just another part of the new normal we are all working to navigate.

Katy Clayton is a graduate research assistant at the Rockefeller Institute of Government. She is pursuing her Master of Public Administration degree with a concentration in social welfare and education policy at the University at Albany’s Rockefeller College of Public Affairs and Policy.