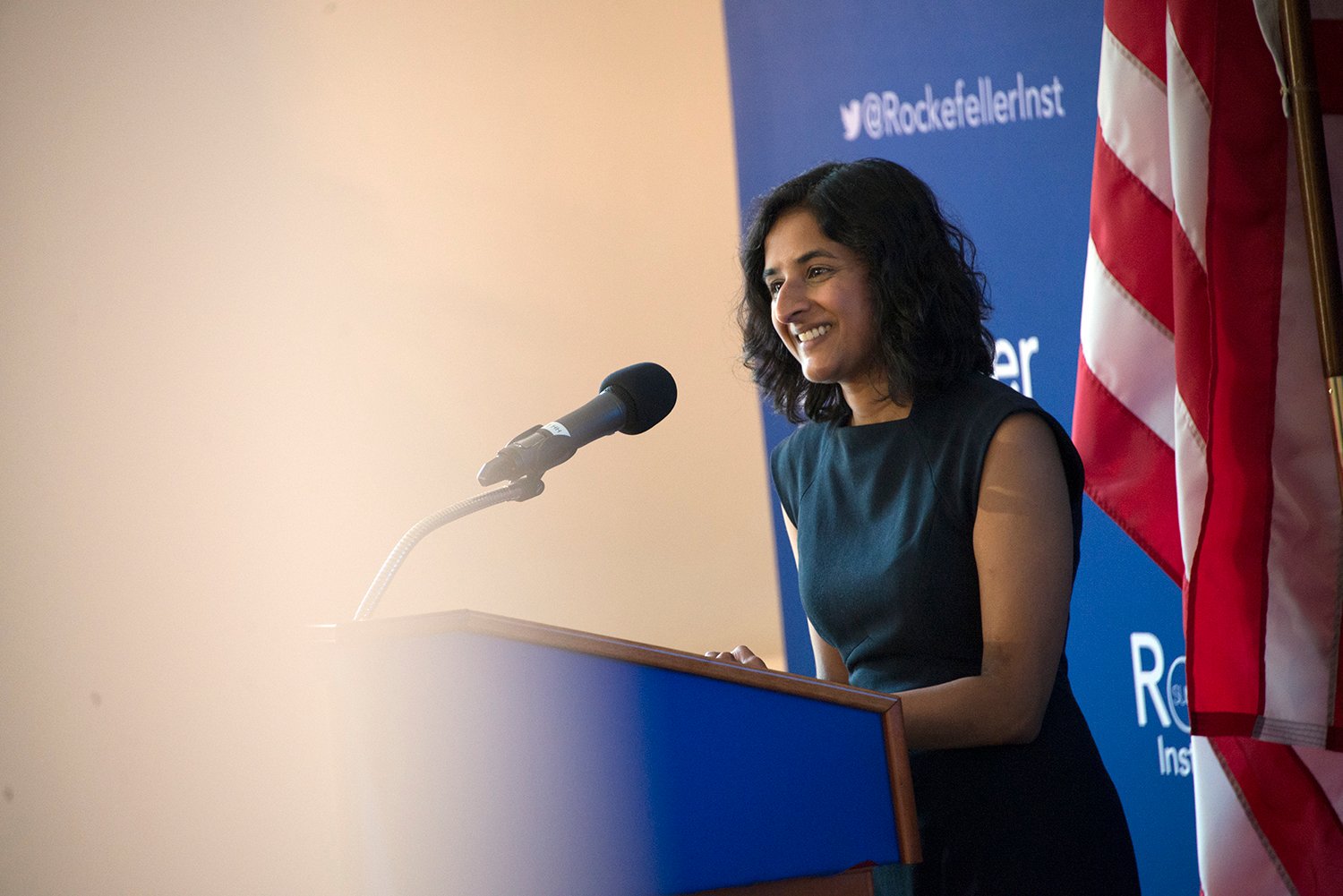 New York State Director of Workforce Development Madhuri Kommareddi discussed the state’s strategy to train the workforce for continued economic growth at the Rockefeller Institute in June, focusing on the challenges of filling jobs today while preparing for the workforce demands of the future.

“With AI, with automation, with the gig economy, we’re seeing a fundamental restructuring of how jobs are being created,” she said. “This is a national problem, this is also a global problem.”

“As the economy does continue to shift — automation isn’t just in the future, it’s happening now; AI is happening now; the gig economy is taking a greater and greater portion of our jobs today — how are we making those investments to make our system more flexible and adaptable?” Kommareddi said.

She discussed the major elements of Governor Andrew Cuomo’s Workforce Development Initiative, announced in January 2018, with a particular focus on the new Consolidated Funding Application and the role that the state’s Regional Economic Development Councils have in ensuring that workforce development projects align with their economic development plans.

Watch the full presentation, including a Q&A session, below. You can learn more about the Workforce Development Initiative at ny.gov/workforcedevelopment.