Should the SAT/ACT Be Part of New York State’s High School Testing Requirements? 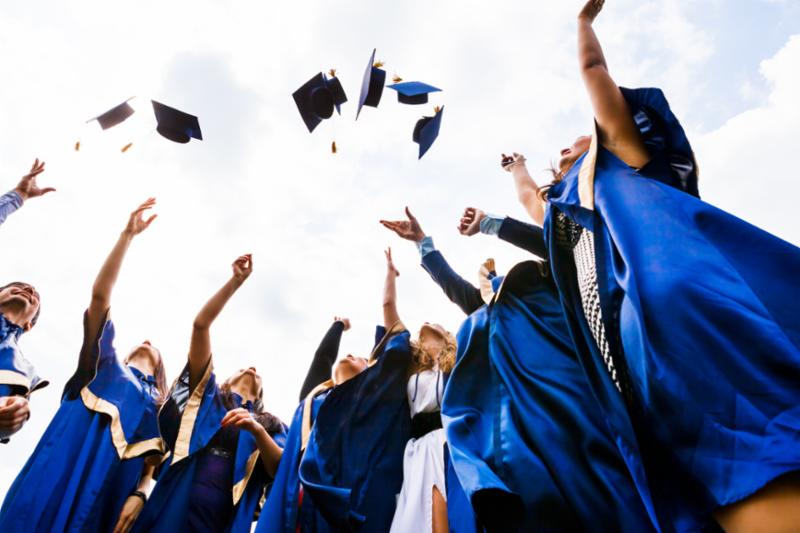 More than half of the states in the country currently use the SAT or ACT standardized college entrance exams as part of their high school testing systems. Whether requiring students to take the test to graduate or just making it an available option for all students, whether supplementing state testing requirements or replacing them entirely, more and more states are choosing to make the SAT and ACT a fundamental part of high school testing.

As concerns multiply around the value and appropriateness of New York State’s battery of high school graduation-requirement Regents exams, it begs the question: should New York follow the example of other states and sponsor and incorporate the SAT or ACT exams into its high school testing regimen?

Saying it is time to “rethink our graduation requirements,” Chancellor of New York’s Board of Regents Betty Rosa recently posed the question, “To what degree does requiring passage of Regents exams for a diploma improve student achievement, graduation rates and college readiness?” Then in July 2019, the Board of Regents, the state’s governing body over P-12 schooling, formally called for the creation of a new commission to thoroughly study the role and effectiveness of Regents exams as high school competency and exit tests, including whether passing such tests should still be required.

Currently, 10 states plus Washington, DC, sponsor the administration of the SAT, 16 sponsor the ACT, and five states allow districts the option of choosing either. Nearly two dozen states have established formal “ACT Days” or “SAT Days” during the regular school year, asking all public high school juniors to sit for these exams and covering the entire cost of any fees for these college entrance exams.

As part of its investigation into New York State’s graduation requirements, the Board of Regents could consider using the SAT or ACT college entrance exams as a replacement for at least some of the state’s current high school Regents exams. New York allows students to substitute their math score on the SAT for a required Regents math exam if they score a certain level, and many other states allow students to meet state high school graduation requirements by substituting sufficient scores on the SAT or ACT, too, including Arizona, Florida, Idaho, and Ohio, among others. Essentially, New York and these other states already have adopted the policy position that performance on the SAT is an acceptable and equivalent measure of competency to state-administered high school exit exams.

Many important questions and issues ought to be considered by policymakers as they evaluate New York’s high school graduation requirements and examine the potential role of SAT and ACT exams. Below are some of these.

The battery of New York’s Regents exams required a time-consuming schedule: in June 2019, for example, there were six straight days of testing with almost a dozen different Regents Exams administered in most districts. Could New York sponsor SAT or ACT Days — one day of testing each year (plus a make-up day) — to replace at least some of the current Regents exam requirements and lessen the testing now imposed on high schoolers? Oklahoma required local public school districts to offer either the ACT or the SAT to “reduce the culture of overtesting,” while New Hampshire similarly established its SAT Day in part to “reduce the amount of time on statewide standardized testing.” These and other states have used the SAT and ACT to directly replace existing graduation-required testing.

Does state sponsorship of SAT Days or ACT Days increase access to college for students? In Illinois and Colorado, the first states to cover the cost of fees for the ACT exam for all public high school juniors statewide and offer the test during a regular school day, student participation in college entrance exam testing skyrocketed: the number of students tested in Illinois increased by 44 percent, and in Colorado by 60 percent. Even larger participation increases are seen in states that followed these national leaders.

Incorporating SAT/ACT testing as a regular part of the public high school experience is a sure way for policymakers to indicate that going to college is, if not an expectation of everyone, at least an opportunity for everyone. It is also a way to address a serious equity issue, ensuring that all public high school students — regardless of income, the ability to arrange transportation to a testing location on a Saturday morning, or the ability to take time off from a weekend job — have the opportunity to take the test.

Do data show an equity effect in states that offer ACT or SAT Days? Absolutely. In a research study by Jeff Allen, PhD, for the ACT, after 11 states enacted sponsored ACT Days, participation in college entrance exam testing by African American students increased by 72 percent, Hispanic students by 111 percent, and multiracial students by 116 percent. Participation by students from families with an annual income less than $36,000 also increased by 89 percent. The Board of Regents could increase access to college for literally tens of thousands of minority and economically disadvantaged New York high schoolers by sponsoring an ACT/SAT Day each spring.

Would more students actually enroll in college if New York sponsored SAT Days? While simply taking the SAT or ACT does not necessarily mean that a student will enroll in college, an initial look at the data is encouraging. In Maine, for example, about 50 percent of high school seniors enrolled directly in college the year before that state instituted its SAT Day; the year after, 65 percent of high school seniors enrolled directly in college. If getting more students to enroll in college is a goal for today’s high schools, making part of the state’s graduation testing strategy an SAT/ACT Day where every public high school junior takes a college entrance exam free of charge could be an important piece of the puzzle.

Could the required demands on teachers for the administration of Regents exams be lessened by replacing some of the testing requirements with one SAT/ACT Day? As noted earlier, the six straight days of testing in a typical “Regents Week” has become the norm for most public high schools in New York. These tests need to be administered, proctored, and scored, all creating sizable time demands, cost, and procedural headaches for teachers and school administrators alike. While there surely will be a new cost to the state from sponsoring a college entrance exam for every public high school junior, the simplified testing approach offered by adopting an ACT/SAT Day could result in substantial cost savings and reduced burdens on teachers and administrators from lessened Regents exam requirements.

Finally, Board of Regents Chancellor Betty Rosa is right to investigate the degree to which Regents exams really measure students’ college readiness. According to a 2018 poll of 1,000 recent New York State high school graduates who went to college, for example, about half reported needing to take at least one remedial course. Would offering the SAT or ACT give educational leaders a better sense of students’ college readiness?

More research and investigation into the benefits of state-sponsored ACT/SAT Days in other states, and the potential benefits here in New York, surely needs to be undertaken for policymakers to properly and fully consider the issue. The Rockefeller Institute looks forward to contributing in this way to the deliberations of the Board of Regents’ new study commission.

Brian Backstrom is director of education policy studies at the Rockefeller Institute of Government.