COVID-19 Could Change the Future of Transit Funding 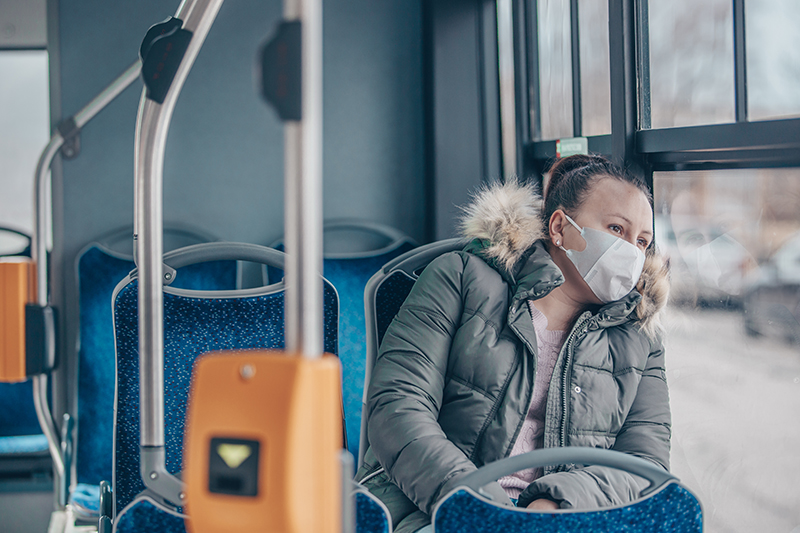 Social distancing orders put in place during the height of the COVID-19 crisis are relaxing and many state and local officials are hopeful their budgets can start recovering. But for public transit, where massive ridership declines persist, the financial future remains very much in doubt.

Transit agencies, particularly those in large cities which rely heavily on passenger fares to pay for operating costs, may very well be at a funding crossroads. Fears around public transportation as a spreader of disease―whether unfounded or not―plus more people working from home are likely to keep ridership and revenues low in the foreseeable future. While agencies were thrown a $25 billion financial lifeline by the federal government in April, it’s a short-term fix. If current circumstances continue, they may very well force a rethinking around the way transit is funded.

A Historic Drop In Ridership

By all accounts, the more than 90 percent drop in ridership due to lockdown orders has led to the biggest financial crisis most agencies have ever faced. Ridership on New York City’s Metropolitan Transportation Authority (MTA) subway, which serves 5.5 million riders every weekday, fell 94 percent in April. The MTA estimates it would lose up to $4.9 billion in fare revenue alone if the losses were sustained for an entire year.

In California, Bay Area Rapid Transit (BART) ridership, which averages 414,000 per day, fell by more than 90 percent in May. Officials there noted they are budgeting a more than $350 million drop in fare revenue over the next year, assuming ridership remains somewhere near 70 percent below normal. In Chicago, rail ridership on the Chicago Transit Authority (CTA) was down 88 percent in April and bus ridership was down by 71 percent from their usual combined 1.5 million daily riders. Commuter rail line ridership on Metra was down 97 percent from an average of 281,100 per day. The Regional Transportation Authority is estimating that the CTA and Metra combined will have more than $850 million in revenue losses this year.

Agencies are paring down service in response but, given the essential role transit plays in urban mobility, shutting down isn’t an option. New York City’s decision to close its subway overnight for the first time in 115 years is, however, telling of how dire the situation is. Even as social distancing restrictions have eased as of late, ridership is expected to remain at historic lows. The numbers have inched up, but the outlook remains grim: as of mid-June, ridership on New York City’s subway was down more than 80 percent and BART’s ridership was down 89 percent. (One silver lining is that agencies, including the MTA and Washington, DC’s Metrorail, are taking advantage of the lower ridership to complete capital projects ahead of schedule.) And while it’s still unclear how expected drops in transit-dedicated sales tax revenue may also affect finances, the MTA is bracing for an up to $1.8 billion loss in that revenue stream.

The federal government’s CARES Act that passed in late March allocated an additional $25 billion for transit and quadrupled the total federal funding available this year. But it’s a temporary bandage on a situation that will likely need major financial surgery.

The aid won’t totally cover projected deficits, but it is saving agencies from immediate financial ruin. For example, BART will receive more than $250 million, which agency officials say accounts for one-third of the projected fiscal 2021 budget. But the MTA has much more dire projections: according to Chairman and CEO Pat Foye, the $3.8 billion the agency received will only carry it through July.

The Future of Ridership

When will riders return? The longer and more severe the impacts of COVID-19, the longer it will likely take. Much depends on consumer confidence and the immediate outlook there is grim. According to an April survey of 25,000 United States residents conducted by IBM, more than 20 percent of regular transit riders said they wouldn’t ride anymore. Another 28 percent said they planned to use public transit less often.

If rider demand and revenue remain low, transit agencies may be forced to keep their service cuts for the foreseeable future.

This fear of close quarters may mean more car commuters. Mobility data from Apple maps suggest car-riding has generally rebounded (and in some places has increased) while transit remains well below normal. And, safety concerns aside, COVID-19 is likely to speed up the already growing trend of workers telecommuting. Facebook, Google, and Twitter have already said they will let their employees work from home long-term or permanently. This shift in the San Francisco Bay Area, says Nixon Peabody transit finance attorney Rudy Salo, doesn’t bode well for BART’s long-term ridership. “Could BART be down 90 percent permanently? Definitely not,” says Salo, who consults with public transit systems. “Could it be down 20 percent? Possibly.”

If rider demand and revenue remain low, transit agencies may be forced to keep their service cuts for the foreseeable future. That can lead to a vicious cycle as academic studies have shown that service cuts can be rider-deterrents. Moreover, back-end improvements like updating long-outdated accounting and financial reporting systems could fall by the wayside, says John Markowitz, former treasurer of the Massachusetts Bay Transportation Authority who is now an assistant treasurer for the toll road operator Transurban. “These are things that hopefully won’t become victims of the Coronavirus-related budget cuts,” he says. “Otherwise, the needed financial reforms for transit agencies may not happen in a comprehensive or strategic way anytime soon.”

These circumstances may call for a shift in the way transit is viewed and funded. Mobility expert David Zipper notes that those with higher incomes are more likely to commute by car or choose to work from home while lower-income workers usually don’t have that luxury. “It’s not a question of will riders come back or when will they feel comfortable,” says Zipper, a visiting fellow at the Harvard Kennedy School’s Taubman Center for State and Local Government. “It’s more a question of, how do we ensure that transit can provide the lifeblood that the biggest cities in America rely upon?”

Thinking of transit as an essential service for essential workers could necessitate new external funding streams instead of ones largely reliant on local tax revenue and fares. For their part, transit agencies are asking Congress for another $39 billion in revenue relief through 2021. The House is moving forward on a $1.5 trillion infrastructure spending bill that includes provisions for emergency funding and grants to improve ridership. But, notes BART’s financial planning director Michael Eiseman, “We can’t rely on that much federal funding forever.”

Transit as a Public Service

Transit is already subsidized to a large degree by taxpayers. Fares are integral, but at BART, for example, fare revenue pays for just half of operations in a normal year. Fares in fiscal 2021 are only expected to cover about 16 percent percent of expenses, according to budget director Christopher Simi.

So, it is likely that public transit agencies will have to search other areas to cover operations after fiscal 2021―or risk lowering the quality of service. With car commutes rebounding faster, new car-related taxes and tolls may play a larger role in the future of transit funding. Many already believe these developments, which include managed toll lanes on highways and congestion pricing in downtowns, are an inevitable part of urban mobility’s future. “Regarding their widespread deployment, it’s not a question of ‘if,’ but ‘when,’” says Markowitz. New York City has already approved―but not yet implemented―congestion pricing to help pay for needed upgrades to its subway.

This existential crisis facing public transit systems is occurring amid what was already a longer-term decline in mass transit ridership.

In some areas, transitioning to a fully subsidized system may make more financial sense than waiting for riders to come back. Free transit is already a practice in some small urban areas and could take off in midsize cities. Kansas City, Missouri, has already embraced the concept to a large degree: its streetcars opened free of charge in 2016. Budget director Scott Huizenga says the decision was made, in part, because installing and maintaining a fare collection system for the two-mile line was expected to be cost prohibitive. Now, the city wants to make its bus system free, a move that the Center for Economic Information at the University of Missouri Kansas City found would significantly benefit most of Kansas City Regional Transit’s (RideKC) regular riders. “For those living paycheck to paycheck, as most Americans are, even an additional $50 per month of income can make the difference in deciding which bills to pay,” the study said.

While less feasible for billion-dollar systems in large cities, the price tag to convert the bus system into another free public service in Kansas City is comparatively low: $8 million, or about 10 percent of the transportation authority’s total operations, according to Huizenga. The city has put $4.8 million for the initiative in the current year’s budget and is asking RideKC to come up with the rest. How Kansas City proceeds in gradually transitioning to fare-free transit could be a model for similar jurisdictions.

As they forge ahead, each agency will consider its own financials and demographics to carve out its future path. This existential crisis facing public transit systems is occurring amid what was already a longer-term decline in mass transit ridership. By all accounts, budget cuts during the Great Recession that led in some places to lingering service cutbacks made things worse. Transit systems must not repeat those mistakes of the past and risk further eroding what is now a tenuous base. But to survive the upcoming trial, agencies that use ridership as both a measure of success and financial linchpin will have to rethink that approach.

“Our reliance on operating revenue is a point of pride but it’s also a longstanding risk,” says BART’s Eisman. “We didn’t quite envision it going down like this but we knew the risk was always there.”