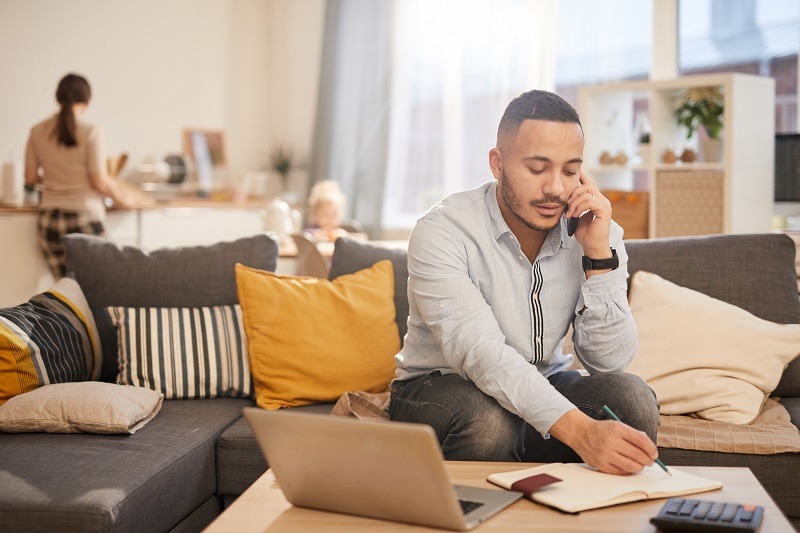 The rapid spread of COVID-19 has forced us into the largest work-from-home experiment in history. Millions of Americans are quickly adopting new ways to connect with their coworkers and clients online while employers, many of whom never considered allowing remote work, are being forced into making it happen.

Not only is it leading to an increased sense of camaraderie in some cases, many believe the experience will result in accelerating the already growing trend toward working from home.

To be sure, the current surge in remote work for those workers who can do their jobs via video and email is not a true representation of what it’s like to work from home. It’s under duress—everyone is forced into it whether they want to or not—and many workers have additional distractions whether it’s kids, spouses, or other relatives all at home too. But in some ways, that’s brought people together.

Not only is it leading to an increased sense of camaraderie in some cases, many believe the experience will result in accelerating the already growing trend toward working from home.

Scott Nelson, a partner at an environmental consulting firm in Washington D.C., says that colleagues are primarily communicating via video calls and that things like casual wear or kids and dogs running around in the background have quickly become acceptable.

“I think there’s a lot more leeway now in what’s the professional norm,” says Nelson, whose office already accommodated telecommuters. “There’s this desire not to be alone, and people have adopted new ways to connect and have accepted the messiness of life. I think it’s actually provided more warmth and intimacy.”

In higher education, EAB’s Vice President of Research, Carla Hickman, reports a similar push toward collaboration when it comes to institutions creating online courses together. “I’ve seen faculty coming together all across the country who for years have talked about partnering and sharing resources to make it easier for students to move between institutions,” she says. “And that’s really being amplified in this moment.”

Experiences like these are why some believe the forced experience with remote work will open up many more people into adopting it even after the coronavirus crisis slows and things return to normal.

The work-from-home ranks have already been growing. More than 8 million Americans work from home full-time, a growth of nearly 50 percent since 2005, according to research published by the Rockefeller Institute of Government earlier this year. When including people who telecommute at least one day a week, the total number grows to more than 13 million Americans, according to the US Census Bureau.

“How leaders lead as we return to the other side of this… will really shape whether we set a new normal or not.”

Still, there remains a lot of trepidation about working remotely. Earlier this year, a survey by human resource consulting firm Robert Half found that one-in-four employees who have the option to work remotely (even just part-time) don’t take it. Older workers were more likely than younger workers to opt out of working from home. Inadequate technology and concerns about their own productivity and fear of missing out on office opportunities were cited as the top reasons employees choose not to.

But at least for some employees and employers, those concerns are being eased as entire offices adapt to interacting remotely. “We’re in this situation where there’s no alternative,” says Brie Weiler Reynolds, career development manager and coach at FlexJobs. “This is the reality for the foreseeable future. So we’re seeing a really concerted effort among companies about best practices, and how to interact and make remote work as efficient as possible.”

The federal and some state governments are also providing support for companies to adopt telework. The $2 trillion relief bill that recently passed Congress includes low-interest loans available to small businesses to, among other things, upgrade infrastructure or make other investments. Maryland Governor Larry Hogan recently announced businesses could tap a $7 million state fund to transition to remote work or make other upgrades to continue operations during the COVID-19 pandemic.

Wade Foster, co-founder and CEO of Zapier, says that knowledge workers—those who primarily work in a professional setting and use a computer as part of their job—stand to benefit the most from the current remote work experiment. According to a recent Zapier survey, 95 percent of such workers said they wanted the option to work remotely. But even professionals like doctors and therapists who rely on face-to-face connections are finding that telehealth and teletherapy are viable options at the moment.

There are many, however, for whom remote work just isn’t an option. Among those most vulnerable are young school children without internet access for online learning and hospitality workers who are bearing the brunt of the crisis’ economic impact. The social distancing mandates have also exposed the lack of worker protections for gig workers who can’t file for unemployment benefits or receive paid sick leave. The federal relief bill includes financial help for those workers.

… many believe the result of this experience will lead to more people choosing to work remotely one or two days a week.

But overall, many believe the result of this experience will lead to more people choosing to work remotely one or two days a week. Such a shift could have great implications down the road for commercial real estate, particularly small offices that are part of larger companies. Rudy Salo, an infrastructure finance attorney at Nixon Peabody LLP, notes that this experience may force some rethinking around real estate expenses.

“There are a ton of virtual or cloud-based firms out there that are very successful,” Salo says. “I think those firms that have remote offices with just one or two people will just shut them down and those people will work from home.”

Still, notes Nelson, much depends on who’s driving the decisions after the crisis lifts. “How leaders lead as we return to the other side of this,” he says, “will really shape whether we set a new normal or not.”