Arming Teachers: Does the Proposed Policy Miss the Mark? 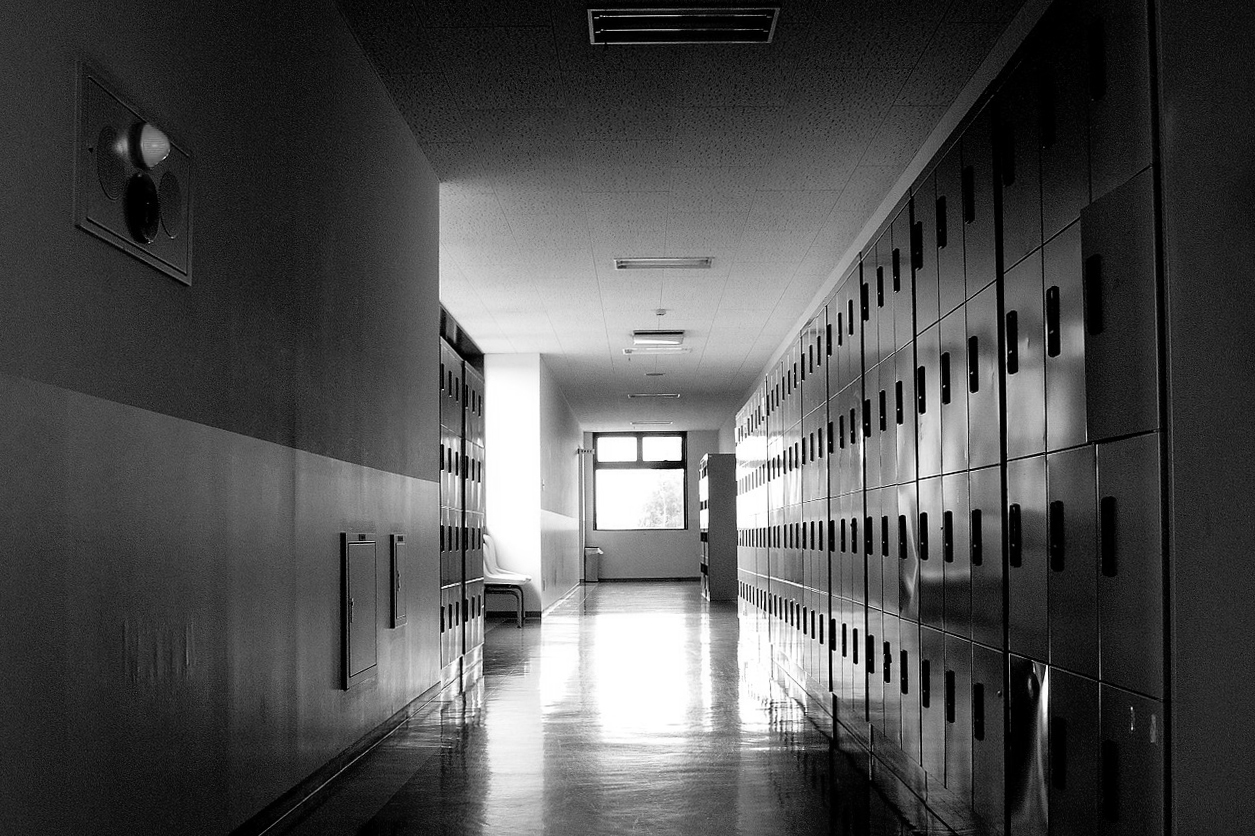 In the aftermath of the February 14, 2018, shooting at Marjory Stoneman Douglas High School in Parkland, FL, a number of proposals aimed at improving school safety began circulating in public and political discourse. Among the most controversial was the suggestion to arm teachers.[1]

Advocates of the proposal — including (but not limited to) the National Rifle Association, President Trump, and the majority of the Florida legislature — suggest that increasing the presence of armed civilians will be beneficial in active shooter situations like Parkland because “the only thing that stops a bad guy with a gun is a good guy with a gun.”[2] Individuals who support the presence of armed civilians often point to the 2007 shooting at a church in Colorado Springs, CO, as a case where this has been effective. When a gunman entered the church, parishioner Jeanne Assam retrieved her concealed weapon (for which she had a permit), fired, and wounded him; he then committed suicide.[3] A point that bears noting, however, is that Assam was not an untrained citizen, but instead a former police officer with a considerable amount of tactical firearm training.

Those in opposition to such a policy assert that guns have no place in the academic setting, citing concerns over impediments to student-teacher relationship building and potential increases in gun-related injuries and deaths at school, among other considerations.[4] An often-cited example is the 2012 shooting at the Empire State Building in New York City, where a man shot and killed his former coworker near the entrance. Responding law enforcement officers were able to engage and kill the suspect, but they wounded nine bystanders in the process.[5] Opponents of concealed carry by civilians argue that if law enforcement cannot hit their targets (and only their targets) as expected, it is unreasonable to expect that the average citizen could do so.

Anecdotal debate aside, there remains a significant void in the discussion — whether such a policy would be effective based on the evidence. While no data exist to support the assertion that the presence of armed individuals has been or would be successful in stopping school shootings, there is evidence that indicates that such a policy would fail to meet its intended goals.

Anecdotal debate aside, there remains a significant void in the discussion — whether such a policy would be effective based on the evidence. While no data exist to support the assertion that the presence of armed individuals has been or would be successful in stopping school shootings, there is evidence that indicates such a policy would fail to meet its intended goals. An important starting point to examine the evidence and the viability of such a policy is the research that has been conducted on law enforcement officers’ accuracy rates in firearm discharges. One study, for example, found that hit rates (the number of times a bullet hits its intended target) over a two decade period, on average, were around 20 percent, despite continued advancements in tactical training and improvements to the quality of service weapon.[6] In a separate study of New York City Police Department personnel involved in active shooter incidents, which did not include the aforementioned Empire State Building shooting, officers’ accurate rate of shooting was just 30 percent — when the perpetrators were not shooting back at them.[7] In instances where gunfire was being returned, the hit rate dropped to 18 percent. Even in active shooter training simulations, police officers hit their intended target just one in every five times they fire their weapons.[8]

The ability of an individual to accurately fire a gun during a high-stakes situation like a school or mass shooting is impacted by how the human body responds to stress. When shooting a gun in general, significant demands are placed on a person’s nervous, muscular, and skeletal systems in order to achieve the necessary steadiness and hand-eye coordination to accurately fire at the intended target.[9] Under duress, as in an active shooter situation, the demands on these systems are heightened further, thereby making it even more difficult to achieve such accuracy. The tactical training that law enforcement officers receive is designed to help counterbalance the effects of stress on the body to improve accuracy but, as the results indicate, it has failed to produce entirely effective results.

Civilians receive considerably less firearms training in general as compared to law enforcement officers and such instruction does not typically include stress-inducing simulations. Thus, it is conceivable that their accuracy rate during a shooting would be considerably lower, even if they were to receive more extensive training. Moreover, there are policy-related questions that must enter into the consideration of such a proposal. First, if implemented, a procedure must be put in place to determine who, if anyone, is authorized to carry a firearm on school grounds. Second, the type of training required, who will conduct it, and who will pay for it also must be considered. Further fiscal considerations related to insurance policies for the schools and their district to cover potential accidental discharges, injuries, and/or deaths also are likely to enter the discourse.

There also are other concerns that must be factored into the discussion. In the event of a shooting, responding law enforcement officers would have to spend additional time discerning who is the shooter and who is just a Good Samaritan trying to bring the attack to an end.[10] This confusion can create a delay in getting emergency medical services onto the scene to treat the injured, thereby potentially increasing the lethality of an already deadly event. Simultaneously, it increases the likelihood that police will injure or kill someone who is not the shooter by mistake, including their own. When a plainclothes officer in Maryland reported to an active shooter situation in progress to provide backup, he was shot and killed by friendly fire.[11] Even the mere presence of a firearm during a criminal event increases the likelihood of accidental injury. One study, for instance, found that victims in possession of firearms were four-and-a-half times more likely to be injured during an interaction with an offender than those who are unarmed.[12]

In no active shooter situation, however, was the event brought to an end by a civilian firing their gun at the perpetrator.

Despite these concerns, districts across the nation have and continue to implement policies to arm teachers.[13] Hundreds of school districts (primarily in more rural parts of the nation) have guns scattered in secure locations throughout their schools. Some schools in Texas have school marshal and school guardian programs that allow for teachers and other personnel to conceal carry on institution grounds. While the marshal training program requires eighty hours of training and prepares educators to possess and carry their firearms at school, the focus is more on law enforcement and security-related duties, essentially preparing the trainees to be peace officers.[14] By comparison, the school guardian program focuses solely on stopping active shooter situations and requires only sixteen hours of training. Less than two weeks after the Parkland shooting, the Florida legislature approved a similar program to the tune of $67 million. Recently, Secretary of Education Betsy DeVos has been weighing whether to allow federal grant money aimed at enriching student experiences to be used to purchase guns for schools.[15]

In reality, civilians have had greater success at ending active shooter situations without needing to use a firearm. In fifty-one school shootings that occurred between 2000 and 2016, the Advanced Law Enforcement Rapid Response Training (ALERRT) Center found that nineteen of the perpetrators were subdued by unarmed citizens.[16] In 2010, for example, math teacher David Benke tackled a shooter firing on students at Deer Creek Middle School in Jefferson County, CO, and held him down with another teacher until law enforcement arrived and took him into custody.[17] In 2014, as a shooter at Seattle Pacific University in Washington was reloading his gun, student security guard Aaron Meis pepper sprayed him, wrestled him to the ground, and took the firearm away, containing the situation until police arrested the individual.[18] In no active shooter situation, however, was the event brought to an end by a civilian firing their gun at the perpetrator.[19]

In sum, the evidence suggests that arming teachers (and other civilians) not only could fail to deter a school shooter, it potentially could make these events more lethal. Accordingly, policymakers should take the totality of this evidence — namely whether the implementation of such a policy actually would help to mitigate or increase the loss of life in the event of a school shooting — into consideration when deciding if such a policy is right for their community rather than perpetuating a discourse that is largely reactionary and driven by fear. In doing so, they likely will find that policies for arming teachers to prevent or mitigate the loss of life in a school shooting miss the mark and will invest their efforts — and dollars — into other more empirically supported protocols, such as firmer child access prevention laws or door locks, which have been proven to save lives during school shootings.[20]

[20] M. Hunter Martaindale, William L. Sandel, and J. Pete Blair, “Active-shooter events in the workplace: Findings and policy implications,” Journal of Business Continuity & Emergency Planning 11, 1 (2017): 6-20; Sandy Hook Advisory Commission, Final Report of the Sandy Hook Advisory Commission (Hartford: Sandy Hook Advisory Commission, 2015), http://www.shac.ct.gov/SHAC_Final_Report_3-6-2015.pdf. During school shooting events, no one has been killed behind a locked door because the locking technology failed. In both the 2005 Red Lake (MN) High School and 2018 Parkland (FL) shootings, the perpetrators killed individuals behind the locked door by shooting through windows that were part of the respective classroom entryway’s design. In the 2006 shooting at Platte Canyon High School in Bailey, CO, one student was killed by the attacker who had barricaded with her behind the locked door. Even during the 1999 shooting at Columbine (CO) High School, where the perpetrators had free rein of the school for nearly fifty minutes and nearly 100 explosive devices, they never attempted to breach a locked door to harm more people. As most active shooter incidents are over in five minutes or less, door locks are necessary to create a time barrier between offender and potential victims to save lives. See also J. Pete Blair and Katherine W. Schweit, A Study of Active Shooter Incidents in the United States Between 2000 and 2013 (Washington, DC: U.S. Department of Justice, Federal Bureau of Investigation, 2014), http://www.fbi.gov/news/stories/2014/
september/fbi-releases-study-on-active-shooter-incidents/pdfs/a-study-of-active-shooter-incidents-in-the-u.s.-between-2000-and-2013

Jaclyn Schildkraut is a member of the Regional Gun Violence Research Consortium, a program of States for Gun Safety. The consortium is dedicated to the reduction of violence involving firearms through interdisciplinary research and analysis.