What’s Next in the Fight for Pay Equity? 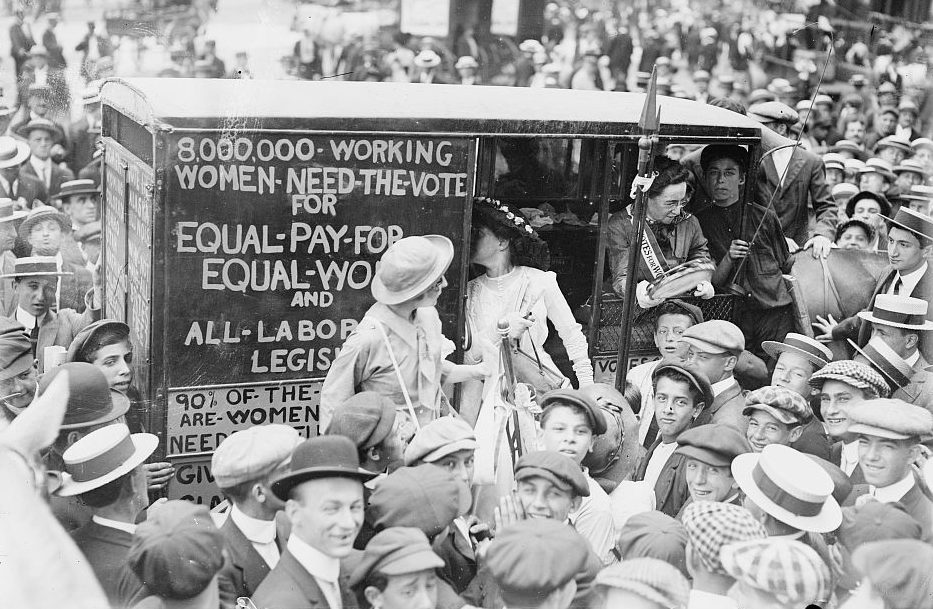 Fifty-five years after Congress passed the Equal Pay Act, the gap between earnings for women and for men has narrowed to 82 cents on the dollar. But it has not closed. If the past five-and-a-half decades have taught us anything, it’s that closing the gap won’t be easy and any solution we take will need to extend beyond government.

It won’t be easy — and hasn’t been easy so far — to close the pay gap. When the Equal Pay Act was signed into law, women made roughly 60 cents on the dollar. According to Catherine White Berheide (see video below), women won’t see pay equity until 2059. And it’s even longer for women of color. Black women won’t see parity with white men until 2124 and Hispanic women until 2233. Certainly, it’s a technical problem: how to find and implement effective solutions. But it’s also a political problem: how to sustain interest and engagement in this issue.

Economist Anthony Downs first described the waxing and waning of public interest as the “issue attention cycle.” We discover a problem and there’s a burst of enthusiasm to fix it. At some point, though, we realize the problem is much bigger, it runs much deeper, and it will not be an easy fix. At that point, public attention moves on to the next issue.

The challenge with pay equity — which has been decades in the making and will be decades more before the gap narrows more — is partly in identifying the right solution but partly also about keeping attention on this problem. Reformers will need to pursue short-term victories that sustain momentum at the same time they chip away at the bigger, more long-term problem.

As important as public policy solutions are to narrowing the gap, government is not the only venue to be working on it. We all have a role to play. The great political scientist E.E. Schattschneider describes politics as a street fight. In a street fight there are two people fighting, and usually the stronger individual is winning. Surrounding them, however, is a ring of spectators. Who wins and who loses is not determined solely by the strength of the individuals in the ring engaged in the fight, but on what the spectators do. Will they do nothing, letting the stronger individual win? Or, will they get involved on behalf of the weaker, changing the dynamics of the fight? Losers become winners when they motivate spectators to get involved.

The challenge with pay equity is partly in identifying the right solution but partly also about keeping attention on this problem. Reformers will need to pursue short-term victories that sustain momentum at the same time they chip away at the bigger, more long-term problem.

What does this mean in practice? To achieve pay equity we have to change spectators into actors. We can do that two ways.

First, we can change the way we think about pay equity. Dara Strolovitch wrote a book about how advocacy organizations fight on behalf of underrepresented groups, like women’s rights. She found that these groups define the issues that are important to women as those that represent the most — not least — advantaged. For example, women’s groups fight to shatter the glass ceiling, which affects a small proportion of working women, rather than the sticky floor, which affects far more.

Pay equity affects women across the socioeconomic spectrum, but we’re far more likely to think about pay equity as affecting women at the very top, and we’re far more likely to put in place solutions directed at helping women at the top, even though pay equity is a real problem for women at the bottom. For women in low-paying, dead-end jobs, keeping their jobs — when they have significant problems finding reliable, steady, affordable childcare, transportation, and housing — may be a bigger issue than advancing in them.

To achieve pay equity we have to change spectators into actors.

We can also change who talks about pay equity. The answer, in short, is that we all need to. In our discussion, panelists asked how we can change culture and how we can ensure that people who are being discriminated against have access to the resources afforded to them by law. Culture doesn’t start with government. It starts from the ground up. We can all practice saying: “That’s not fair, that’s not right, that’s not okay.” Those simple words can go far.

We are all bystanders on the sideline of E.E. Schattschneider’s fight.

Are you okay with who is winning?

Video: “From the Glass Ceiling to the Sticky Floor: Closing the Pay Equity Gap from the Bottom Up”