Thinking Outside the Higher Education Box 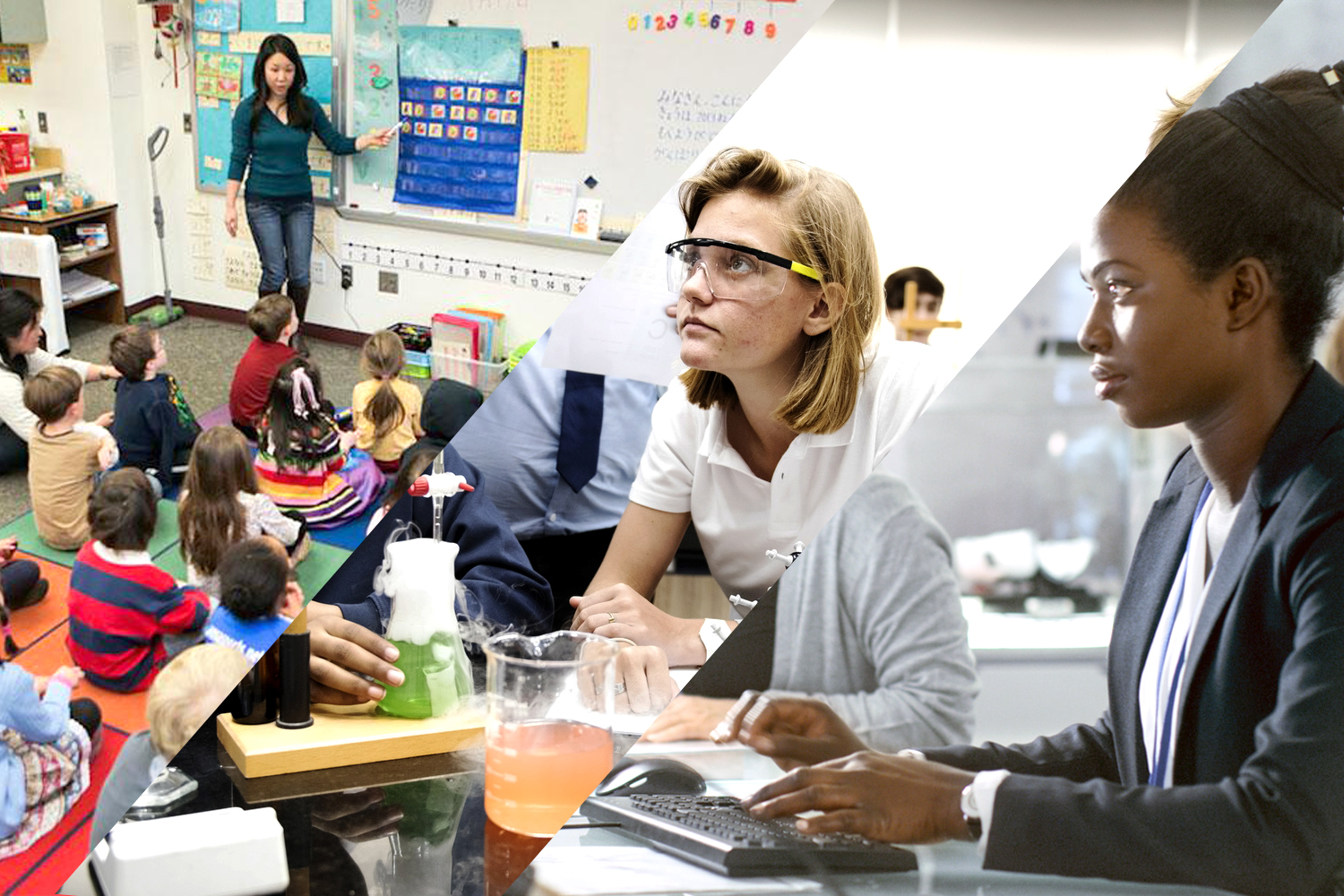 Congress is currently deliberating the long-delayed reauthorization of the federal Higher Education Act, and the moment calls for some historical reflection and outside-the-box thinking about the best path forward. The distinct origins and historical evolution of the K-12 and higher education sectors in the United States put them on very different trajectories and served to reinforce the idea that scholars, policymakers, and educational administrators should treat the two sectors separately. The longstanding separation of the two sectors, meanwhile, over time served to reinforce their distinctiveness. This was buttressed by having separate federal (and often state) policies and governing bodies to manage K-12 and higher education. The federal Elementary and Secondary Education Act (ESEA) and the Higher Education Act (HEA), though both shared the goal of expanding educational opportunity and both were signed into law in 1965, created separate policies and financing streams and, until recently, created more barriers than bridges between the two sectors. However, as we celebrate the fiftieth anniversary of the ESEA and HEA, a variety of societal forces are starting to push the two sectors towards convergence — a subject we analyze in depth in The Convergence of K-12 and Higher Education: Policies and Programs in a Changing Era (Harvard Education Press, 2016).

The forces of convergence include the rise of the “accountability paradigm,” which first emerged in the K-12 sector in the 1990s and has now suffused higher education reform as well. Elementary and secondary schools are now being held accountable for preparing students to succeed in college and colleges are increasingly being held accountable for student learning, graduation rates, costs, and employability. This mutual accountability has led K-12 schools and colleges to engage with each other as never before in American history. Expectations around global economic competition and postsecondary schooling have also been profoundly reshaped, leading to a “college for all” movement that has transformed the scope of the higher education marketplace and the focus of K-12 schooling.

Convergence is manifesting itself in three primary ways:

+ as a normative convergence around what the goals of K-12 and higher education should be and the need to create a more unified K-16 system;

+ a policy convergence about how government can best mandate and/or incentivize schools and colleges to achieve these goals;

+ and a programmatic convergence around what educational institutions will need to do to comply with these directives and deliver on these goals.

It is important to note that convergence has proceeded — and will continue to proceed — at different speeds across different areas of the K-16 arena. There is great diversity among American educational providers and it is important to differentiate among the different types of institutions as the policy environment and political context can vary widely. In addition to different substantive areas of convergence (e.g., standards, assessment, accountability, etc.), there are different levels of convergence (federal, state, local, institutional) and different actors (both governmental and nongovernmental) influencing it. As a result, even as convergence appears to be well underway, it is clearly far from complete or by any means inevitable and will not be a linear process — it will likely be more pronounced in some domains of K-16 education than others.

While convergence may be occurring on the ground, is it actually a good thing? Proponents of K-16 convergence articulate several different goals: greater racial and socioeconomic equity, enhanced systemic efficiency, and improved global competitiveness to name but a few. But convergence may deliver on these myriad goals unevenly. In the final analysis, if convergence leads to better and more equitable educational outcomes in the United States, then it would seem to be a force for positive change. There is, however, no guarantee that it will do so and convergence may ultimately make little difference or even make things worse if, for example, the focus on assessment and accountability leads to a narrowing of the curriculum and an overemphasis on teaching to the test. Furthermore, the ideal of convergence may very well differ significantly from the reality of convergence out in the field; even a well-intentioned and well-designed theory of educational change can go awry if implemented poorly.

Nonetheless, it is increasingly clear that having separate ideas, policies, and programs in K-12 and higher education that do not engage or align with each other will only perpetuate the great divide and undermine the effectiveness of our educational systems. Now more than ever, the two sectors need to share a common mission and partner to advance the individual interests of American students and the collective interests of the nation.

We recommend a number of steps that could be taken to facilitate this process:

1. Combine ESEA and HEA: The creation of separate policies, funding streams, and governance structures for K-12 and higher education has long perpetuated the separation of the two sectors — not only failing to encourage them to reach across the divide, but in many ways providing incentives for them to preserve it. Federal policymakers should strongly consider combining the ESEA and HEA into a single piece of legislation and use it to align the goals of institutions operating across the K-16 sector.

2. Merge State K-12 and Higher Ed Policies and Agencies: State education policy, like federal policy, should be used to unite rather than divide the two sectors. States should consider merging their often separate agencies for K-12 and higher education regulation. Florida, for example, created a unitary department that (among other things) houses a state data “warehouse,” combining K-12 and higher student unit record data. And the New York State Board of Regents has long overseen both precollegiate and higher education. Where such unitary management and oversight is not feasible, states should create a K-16 task force to encourage joint deliberation and policymaking across the two sectors.

3. Encourage K-16 Bridge Building: Many K-12 and higher education institutions have embraced the idea of convergence on their own and been entrepreneurial and innovative in creating partnerships that bridge the two sectors. These efforts should be lauded, emulated, and expanded. Nonprofits (such as the Aspen Institute, Achieve, Strive Together, Ready by 21, and the Institute for Higher Education Policy), foundations (such as Gates, Lumina, and Teagle), and membership organizations (such as the American Educational Research Association, the Council of Chief State School Officers, the American Association of Colleges and Universities, the National Education Association, and the American Association of University Professors) should encourage the development of these partnerships, fund them if possible through grants, and support research and communication that will disseminate best practices to practitioners operating across the K-16 spectrum.

4. Incorporate K-12 and Higher Ed Engagement in Accreditation Reviews: Making K-12 and higher education partnerships a priority in the accreditation process for schools and universities will ensure that it becomes an institutional priority — backed by accountability — for schools and colleges. They should be encouraged — and incentivized — to continue to develop and expand partnerships that connect K-12 students and teachers to higher education, and connect college students and professors to elementary and secondary schools.

5. Reconceptualize Educational Scholarship: Researchers (and grant-makers who fund them) should foster a long-overdue reevaluation of the divide between scholarship on K-12 and higher education. This divide is reflected in the way that individual scholars almost universally operate solely in one sector or the other; the way colleges of education define and recruit faculty lines as professors of elementary and secondary education OR professors of higher education; in the ways that many think tanks have separate experts, and often even separate divisions, for the study of K-12 and higher education; and the way funders and professional associations structure their grant-making and conferences.

Though separate pieces of legislation, the ESEA and HEA of 1965 shared a common purpose — to expand educational opportunity and achievement for American students. While both the laws and the country have changed significantly over the past fifty years, this equity goal remains at their core, at once only partially fulfilled but even more important in the twenty-first century.  The educational aspirations of citizens and policymakers alike have grown dramatically, with increased expectations for how much students should learn and how much schooling they should complete. With 90 percent of high school graduates now expressing interest in further education, it is no longer possible to think of one sector in the absence of the other. However, while many more Americans are attending and completing high school in 2018 than in 1965, substantial racial and socioeconomic opportunity and achievement gaps persist in both K-12 and post-secondary education. And in both sectors, there are well-founded concerns about the quality of teaching and learning even in the face of rising costs.

Despite the best intentions then, the equity and achievement problems ESEA and HEA were intended to address remain with us. Indeed, in an era when a high school — and increasingly a college — diploma have become necessary to secure a high paying job, improving K-12 and higher education must be a national imperative. The convergence of the two sectors that is now underway encourages scholars, practitioners, and policymakers to approach education as a single continuum to better deliver on the promise of improved education for all. We sincerely hope that Congress will seize the opportunity to think outside the box as they reauthorize the Higher Education Act.

Patrick McGuinn is a Richard P. Nathan Public Policy Fellow at the Rockefeller Institute of Government, as well as a professor of political science and education at Drew University and a senior research specialist at the Consortium for Policy Research in Education.

Christopher Loss is an associate professor of history at Vanderbilt University and author of Between Citizens and the State: The Politics of American Higher Education in the 20th Century.