State Constitutions in the Era of a Shifting Supreme Court 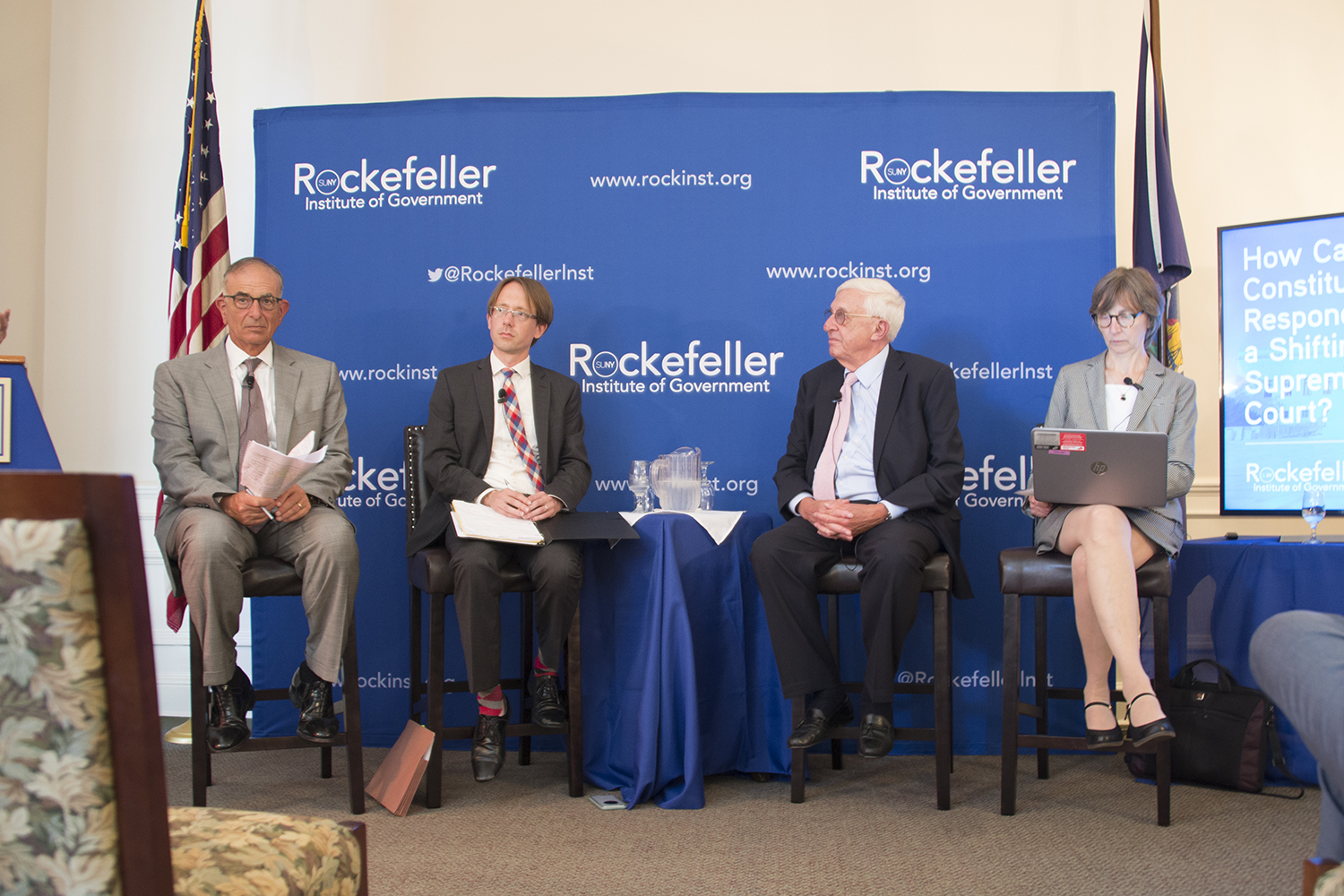 The Rockefeller Institute of Government and the Government Law Center at Albany Law School recently hosted “How Can State Constitutions Respond to a Shifting Supreme Court?” to examine the role state constitutions can play if the Supreme Court begins to roll back federal protections.

With the retirement of Supreme Court Justice Anthony Kennedy and the recent nomination of Brett Kavanaugh to take his place, the Supreme Court is expected to shift further to the conservative end of the ideological spectrum, with the potential for weakening or even extinguishing important constitutional protections.

Much attention is being paid to the possible implications for reproductive rights, protections for immigrants, affirmative action, environmental protections, LGBTQ rights, and other issues. So what does it mean for New Yorkers — or for states more generally? Although we often don’t think of state constitutions, many of them offer protections above and beyond what is provided in the federal Constitution.

What role can state constitutions play if the Supreme Court begins to weaken federal protections? In many ways, your position on the states-versus-federal rights issue often depends upon where you sit. Last year the Rockefeller Institute and Government Law Center at Albany Law School issued a report on the topic, available here.

Bringing clarity to the cacophony of confusion was a stellar panel of some of the most respected legal minds in New York State:

Andrew Ayers, assistant professor and director of the Government Law Center at Albany Law School. Ayers clerked for the Hon. Sonia Sotomayor before her appointment to the Supreme Court, and his current scholarship deals with the role of states in immigrants’ rights under the Constitution.

Jennifer K. Brown, senior pro bono counsel in the New York office of Morrison & Foerster LLP. Before joining Morrison & Foerster, Brown was vice president and legal director of Legal Momentum, the nation’s first women’s rights legal organization. Previously, she served as a director with the Civil Rights Bureau of the Office of the New York Attorney General and as an assistant U.S. attorney with the United States Attorney’s Office for the Southern District of New York.

Scott Fein, chair of the Advisory Board of the Government Law Center at Albany Law School and senior advisor to the Rockefeller Institute of Government’s Center for Law & Policy Solutions. Fein served as an assistant counsel to Governors Carey and Mario Cuomo. A graduate of Georgetown Law School, he received his master’s of law from New York University Law School and is a partner at Whiteman Osterman & Hanna LLP.