The Prevalence and Impact of Diaper Need 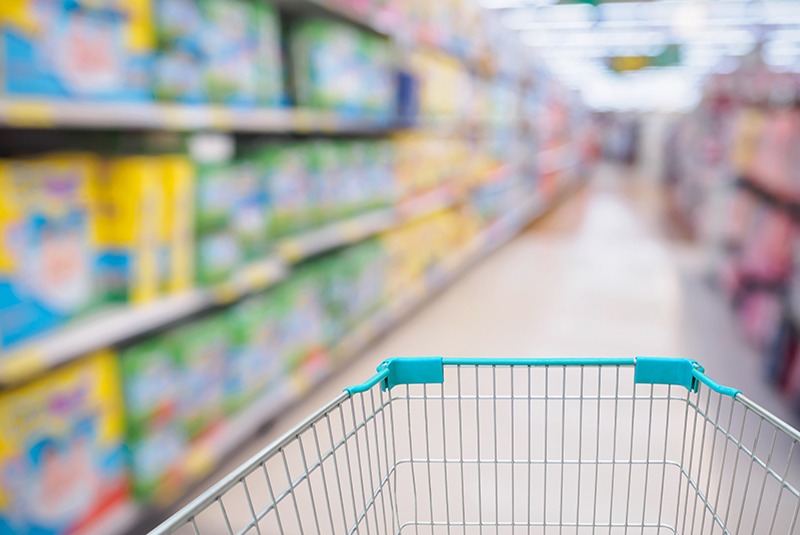 The author of this piece was a winner in the Rockefeller Institute of Government’s Future Leaders in Policy Competition. The competition challenged students from State University of New York (SUNY) colleges and universities to think about the policy implications of their research. The students pitched policy proposals, based on their expertise, to New York State policymakers. The winners were invited to publish a blog based on their proposal.

Diaper need is when caregivers cannot afford an adequate supply of disposable diapers to keep their children comfortable and dry.

While we as a society assist families to ensure that children have access to basic essentials like food, shelter, and medicine through federal safety net programs such as the Supplemental Nutrition Assistance Program (SNAP), Housing Choice Vouchers, and Medicaid, we do not go as far for another essential: diapers. Low-income and poor families are often forced to take extreme measures to access enough clean diapers. This often overlooked material hardship is called diaper need.

Diaper need is when caregivers cannot afford an adequate supply of disposable diapers to keep their children comfortable and dry. While limited research has been conducted specifically on diaper need, studies suggest that it is a pervasive problem for families of all incomes. The first and only national study conducted solely on the topic discovered that, in 2010, one in three mothers reported diaper need. For such a pervasive problem there is little federal or state support to assist families. With the exception of Temporary Assistance for Needy Families (TANF), there are no federal or state safety net programs that allow for the purchase of diapers.

The Economics of Diaper Need

I recently conducted a study in Erie County, NY, that showed the problem may be greater than initially anticipated. To recruit participants, I partnered with three area nonprofits who work almost exclusively with families with young children and low-income families. These partners all agreed to distribute a survey to measure the prevalence of diaper need in the community. The survey was heavily modeled after the landmark study conducted in 2010. The survey was designed to measure feelings associated with diapering or an inability to provide clean diapers, the impact of diapers on a household budget, and what lengths caregivers were required to go to mitigate the impact of diaper need.

TABLE 1. Does Buying Diapers Ever Create Financial Difficulties for You?

To further understand the problem, it is important to understand the cost associated with diapers. On average, most caregivers reported spending $20-$25 a week, which means that they are spending about $87-$107 a month on diapers alone. When you also consider that in New York State childcare alone averages $1,252 a month, and then you add in housing, food, and utility expenses among other bills, you can easily see how an extra $87-$107 a month may quickly become difficult to come by.

TABLE 2. On Average, How Much Are You Spending On Diapers a Week?

Much of the variation in spending can be attributed to the ability to purchase diapers in bulk. Those with higher incomes are less likely to have barriers to accessing big box stores such as Walmart or BJ’s or monthly subscriptions such as those on Amazon where they can purchase larger quantities of diapers at a lower price. Their larger income allows them the financial flexibility to purchase an entire month’s supply of diapers at one time if they choose, giving them access to per unit discounts, as well as reducing the amount of sales tax they would pay if they purchased in smaller quantities.

Those with lower incomes often have transportation barriers that prevent them from accessing stores that sell diapers in bulk and their weekly budget often precludes them from purchasing diapers in large quantities. Because of this, lower income families are more likely to purchase diapers at small convenience stores in smaller quantities for higher prices. Ultimately, this means paying more sales tax on those diapers because they need to make the purchases more frequently and pay a higher per diaper price.

The Ripple Effect of Diaper Need

There are a variety of ways in which caregivers mitigate the effects of diaper need for their child. However, the ripple effects of these mitigation efforts can be felt by the whole community.

Caregivers indicated that they took a variety of measures to ensure they were able to afford diapers. The most common action caregivers took was to cut back on clothing purchases for themselves or for their child(ren) (28 percent), followed by limiting the purchase of lotions, powders, wipes, and other diaper care products (18 percent). Caregivers also borrowed money, skipped paying or underpaid utility bills, cut back on food expenditures, did not fill prescriptions, and cut back on childcare.

Q: Have you ever done the following to make sure you had enough money for diapers? (Check all that apply.)

Most childcare programs require parents to provide diapers. Even free and subsidized care relies on the family to bring in diapers. The only notable exception to this common policy is Early Head Start (EHS)/Head Start (HS) programs, which provide diapers during care hours. However, in most communities EHS is only providing services for six to six and a half hours per day, while HS programming is often only offering four to six hours of care daily. Neither option covers the average eight-hour work day plus travel time to and from the program.

If parents are unable to provide diapers, they are often unable to leave their child in care. So not only is the child missing out on early education experiences critical to social, emotional, and brain development but the caregiver is also missing out on work. This further exacerbates the financial difficulties of the family but also causes a strain on the business community.

When asked what they did when they ran short on diapers, caregivers most commonly indicated that they extended the time between diaper changes (32.9 percent). Extending the time between diaper changes is the most common cause of preventable medical conditions like diaper rash and infant urinary tract infections (UTI). The other two most common actions taken were, put their child in a diaper that did not fit (29.0 percent) and borrowed diapers from other mothers (25.8 percent). Caregivers also indicated that they tried to potty train, went without diapers, and prepared for accidents, and cleaned out and reused soiled disposable diapers when they were unable to secure diapers.

Q: When you run short on diapers, what have you done to get by until you can get a new supply? (Check all that apply.)

On a national level two things that can be done to support families of various incomes who struggle with diaper need include making changes to SNAP or Special Supplemental Nutrition Program for Women, Infants, and Children (WIC) funding and making changes to Health Savings Account (HSA) allowable expenses.

Allowing diapers to be purchased with SNAP or WIC funds would be an easy way to support low income families. Additionally, by providing diapers through these social safety net programs we may see a reduction in Medicaid use for preventable diaper related illnesses such as diaper rash and infant UTI. To make this a truly beneficial change the family allocation would also need to be adjusted so that families are not having to choose between buying diapers and buying food with their benefits.

Another option to support families from the federal level would be to make diapers an eligible purchase with funds from pretax savings programs, such as an HSA or Dependent Care Flexible Spending Accounts (DC-FSAs). An HSA allows people with high-deductible insurance plans to use pretax dollars for qualified medical expenses. These plans are most often used by those who have an income that allows for some level of pretax savings and who are working in jobs that provide insurance (primarily those considered middle income or higher). HSA’s allow for people to purchase things that insurance does not usually cover, such as common over-the-counter medicines, first aid supplies, feminine hygiene products, fertility tests, pregnancy tests, etc. Currently, adult diapers, school-age size overnight pull-ups, and diaper rash creams are the only eligible diaper related products. A DC-FSA is another pretax savings program used by families that allows them to pay for eligible dependent care services, such as before- and after-school care, as well as childcare, nursery school, and preschool. By making diapers of all sizes HSA and/or DC-FSA eligible, it allows middle-income families to use pretax dollars to purchase diapers when money runs short or unexpected expenses arise that impact their regular budget.

On a state level, a program could be created that would supply diapers to eligible children in childcare similar to how school lunch is provided to children in K-12 schools. For this program, families who have worked with their local Department of Social Services to secure childcare subsidy would be eligible to receive an additional diaper stipend. This stipend ($15 a week or $3 a day for providers claiming a daily rate) would be given directly to childcare providers who would in turn be required to supply diapers for those children while in care.

This program would allow childcare providers to purchase diapers in bulk, driving down the cost, it would reduce the parental stress of purchasing and transporting diapers to a childcare program, and most importantly would reduce a barrier for families to accessing quality childcare. The federal government has already recognized diapers as a barrier to accessing childcare and requires all Early Head Start (EHS) and Head Start (HS) classrooms to provide diapers while children are in care. But since need often outpaces availability for EHS/HS services, this program would aim to help those who do not have access.

Support can be provided to families on a local level as well. New York State tax code (TB-ST-530) lists diapers with other tax-exempt clothing, footwear, and items used to make or repair clothing. However, under this tax bulletin, counties are still allowed to collect a local sales tax. Eliminating a regressive local sales tax on diapers would serve to support families of all incomes while minimally impacting local budgets.

Kaley Donaldson is the communications specialist for Child Care Resource Network in Erie County. There, she works by helping to create and foster high-quality early education experiences for all children by educating parents, childcare providers, and legislators. Kaley received a bachelor’s degree in communications from the SUNY Brockport in 2015 and is currently working to complete her master’s degree in public administration at Buffalo State College.