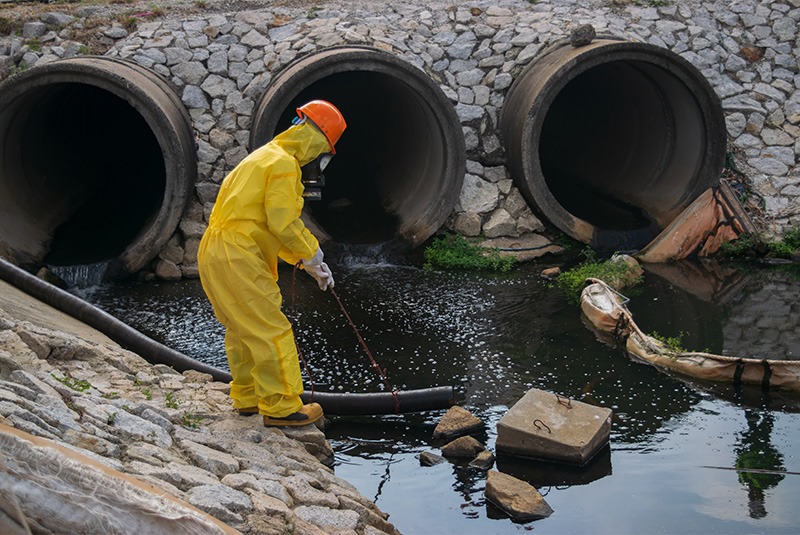 Over the past year, New Yorkers and Americans have continued to witness the disparate outcomes in poor communities and communities of color with respect to environmental and public health burdens, particularly as they relate to climate change and COVID-19. Given these contexts, the Rockefeller Institute convened a public webinar of distinguished scholars, practitioners, and policy advocates on April 21st—the day before Earth Day—to discuss new policy directions in environmental justice.

The panelists offered rich insight into the history of environmental justice policy and practice in the United States, the lessons we have taken and should take from them moving forward, and recent policy developments in New York and at the federal level. The panelists included:

Historical Contexts of the Environmental Justice Movement and Policy

As a consequence of the environmental justice movement, the panelists noted key policy developments at the federal level that began enshrining environmental justice into law and regulation. President Clinton’s Executive Order 12898 in 1994 was highlighted as the first—it directed federal agencies to develop a strategy related to environmental justice and ensure agency actions didn’t have disproportionate adverse impacts on low-income communities and communities of color. As the panelists discussed, however, the 1994 Executive Order did not change the regulatory landscape or have the impact that many may have hoped. Ghirmatzion spoke to the nature of executive orders and the lack of specific incentive and enforcement mechanism in this respect, “when we have executive orders they’re not laws, right? What the movement has learned after times when we’ve had policy wins in the past—we don’t have any teeth.”

Since then, the panelists noted, a number of new federal and state level policies and practices related to environmental justice have been put into place.

In 2019, New York State passed the Climate Leadership and Community Protection Act (CLCPA). Among other provisions, the act directed agency funding to what it refers to as “disadvantaged communities” and established within its Climate Action Council a Just Transition Working Group and a Climate Justice Working Group. Ghirmatzion noted (among other things) the importance within her work as a member of the Climate Justice Working Group of continuing to make space for those missing from the table—speaking, in particular, of indigenous groups. Similarly, Hylton-Patterson spoke about the way in which not just environmental justice policies, but policy processes need to be decolonized, “policy makers need to have voices at the table from community members who are disproportionately impacted by climate degradation.”

Jessel, also a member of the Climate Justice Working Group, further emphasized the importance of the definitional work being done in and through policies like the CLCPA to ensure they are effective and equitable, “in my mind you have to start with the definition, what does it mean to get a benefit, what does it mean to be disadvantaged, what does it mean to get investment. We have to be really strict and have our eyes wide, wide open in terms of how those things are defined and what that actually leads to.” In addition, reflecting on the history of redlining and exclusionary banking practices in the United States, the panelists noted the need moving forward to not only shift public funding and increase public funding through (among other things) polluter pay policies, but to reform financial mechanisms so that communities have ownership over the projects and products of new environmental justice policies.

As reflected above, panelists emphasized the lessons learned from previous policies in envisioning the future of environmental justice policy. These included: the need for meaningfully inclusive policy processes that listened to and are lead by those communities most impacted; the codification and incorporation of oversight and enforcement mechanisms into policies; and the funding and restructuring of funding towards polluter pay fees and in support of community ownership of projects, among others.

Given these insights, at the state level panelists made particular mention of the proposed Climate and Community Investment Act, which provides funding for communities through polluter pay based fees on emissions.

With respect to more recent federal policy shifts, the panelists discussed President Biden’s EO 14008 (issued in January of 2021) which in some ways mirrored the language of New York’s CLCPA. In particular, they noted the inclusion of the Justice40 Initiative, which similarly established the “goal of delivering 40 percent of the overall benefits of relevant federal investments to disadvantaged communities and tracks performance toward that goal through the establishment of an Environmental Justice Scorecard.” Ghirmatzion noted her cautious optimism as the specifics of this policy and whether or not it comes to ‘have teeth’ continue to be determined. “The proof will always be in the pudding,” she stated, noting that the further codification of these policies is critical, even if they are a good starting point.