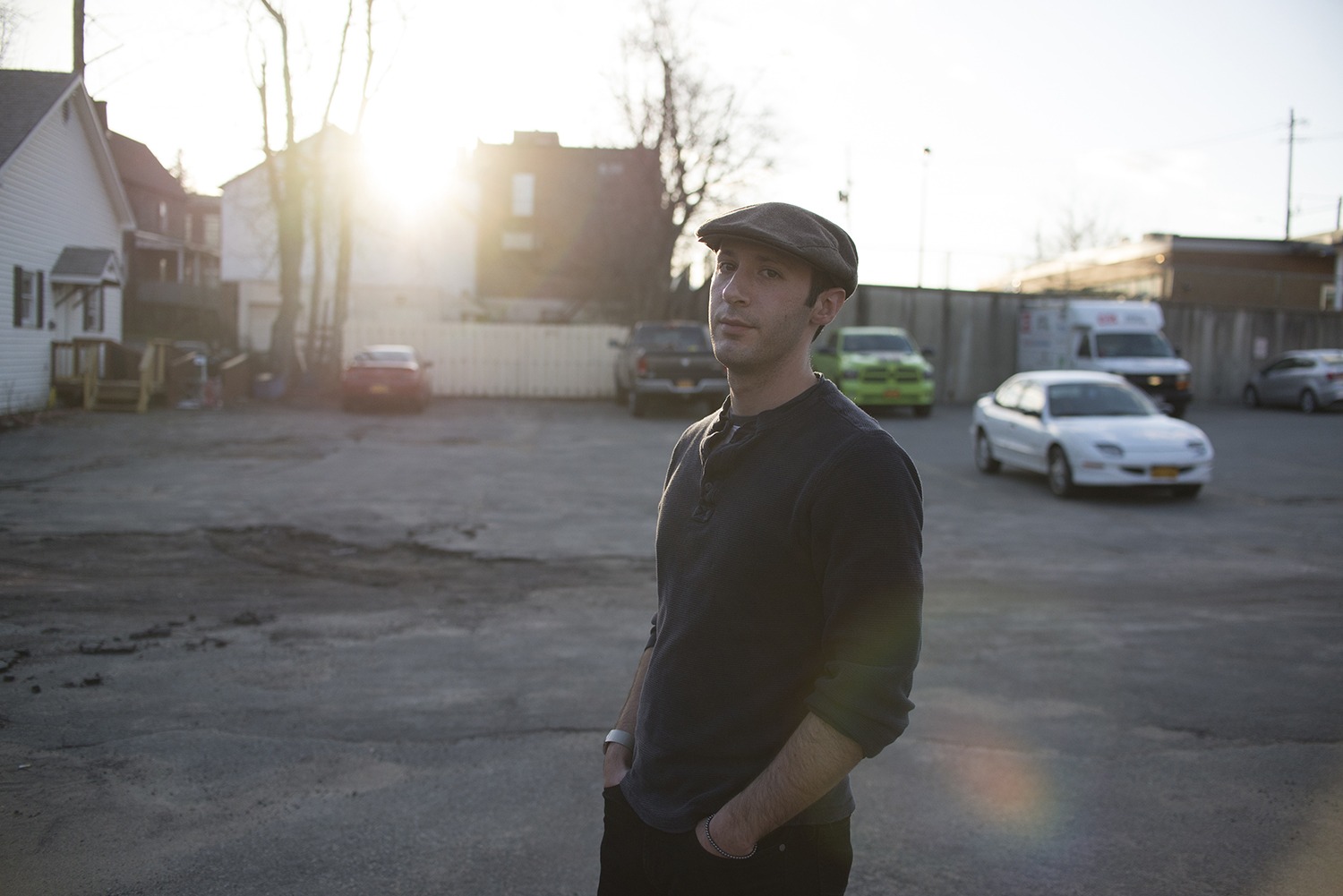 In December 2018, two economists published a discussion paper calling attention to the “unintended consequences” of naloxone, a lifesaving medication designed to reverse an opioid overdose. In it, the authors contend that increased availability of naloxone incentivizes high-risk drug use by reducing the likelihood of death. Moreover, they contend, expanding access to the medication results in more crime because “some opioid abusers are saved by naloxone” and they “steal in order to fund their addictions.”

Photo: Monticello native Jared Levine is an author who is in recovery.

Even though subsequent scholars have called into question the data used to support the authors’ claims, the notion that life-saving interventions encourage people to use drugs by creating a safety net is nothing new. Early studies in the 1990s found that needle-exchange programs reduced the incidence of HIV infection. However, policymakers expressed concern that investing in such programs would encourage drug use by increasing the availability of needles. Applying a similar logic to opioids, some have argued that making Narcan readily available reduces both the stigma and the risk that attaches to illicit drug use, and that stigma itself is socially beneficial to the extent that it prevents drug use.

Contrary to the argument that stigma deters socially unacceptable behavior, it is evident from our research that stigma, in fact, kills.

Despite growing acceptance of addiction as a brain disease, stigma is pervasive. For example, Ohio Sheriff Richard K. Jones forbade his deputies from carrying Narcan. “I’m not the one that decides if people live or die,” he told the Washington Post. “They decide that when they stick that needle in their arm.”

Although the sheriff misconstrues addiction as a willful choice, he is not alone. Even as we met people who carried Narcan in their cars or on their persons, we heard about first responders who believe that naloxone only enables addiction[1]; pharmacies that refuse to stock Narcan[2]; and disturbing social-media campaigns that disparage the lives and human worth of people with substance-use disorders.

A systematic review of the biomedical and psychological literature found that health workers also hold negative attitudes towards patients with substance-use disorders. While some report feeling ill-equipped to treat patients due to inadequate education and training, others feared for their safety or expressed distrust as a result of patients’ behaviors. “People do lie, cheat, steal, [and] manipulate … to not be sick,” one recovery coach explained.[3] But such behaviors must be treated as symptoms of a disease rather than a character flaw.

Health professionals who specialize in addiction, treat fewer patients, or have personal experience with addiction typically have more positive attitudes towards patients with substance-use disorders. However, stigma still affects the delivery of healthcare services. Research shows, for example, that patients who perceive discrimination by health officials are more likely to drop out of treatment, and to receive suboptimal care; e.g., shorter nurse visits or task-oriented rather than patient-centered nurses. Anecdotally, in Albany we heard about a mom who overheard nurses chanting “one more day, one more day” prior to her son’s discharge; about “demoralizing code” that doctors write to one another “saying we need to get this person out”; and about health professionals withholding medication-assisted treatment and making patients wait for it.[4] The effect is dehumanizing, demoralizing, and disempowering for people with substance-use disorders.

Stigma, and the accompanying fear of repercussion, is particularly harmful for pregnant women and their children. At a meeting of nine women in recovery, nearly all participants said they would be reluctant to tell their doctors they were using if they were pregnant due to fear of being jailed or having their kids taken away.[5] Nurses, too, expressed concern that pregnant women forego prenatal care out of fear of being caught. “If mom tests positive as an outpatient, we’ll have a conversation,” one nurse explained at a local task force meeting, “but we’ll never see her again. She knows that if she stays we’ll test her for drugs.”[6]

Medication-assisted treatment (MAT) is also stigmatized, which, in turn, makes staying in recovery even more challenging. According to Dr. David A. Patterson Silver Wolf, associate professor at Washington University, stigma serves as a powerful disincentive for doctors to become certified to prescribe buprenorphine. “Physicians whose practices focus on patients with opioid use disorder don’t have to worry about their ‘brand’ being harmed because it is tied to this treatment and this patient population,” he wrote in STAT. “But a typical primary care physician in Manhattan or suburban Atlanta or rural Nevada might worry about the potential trouble that patients with addictions might cause in their waiting rooms.” Indeed, a recent survey of licensed physicians in the United States found the top-cited reason for not being waivered to prescribe MAT was not wanting to be inundated with requests for buprenorphine. 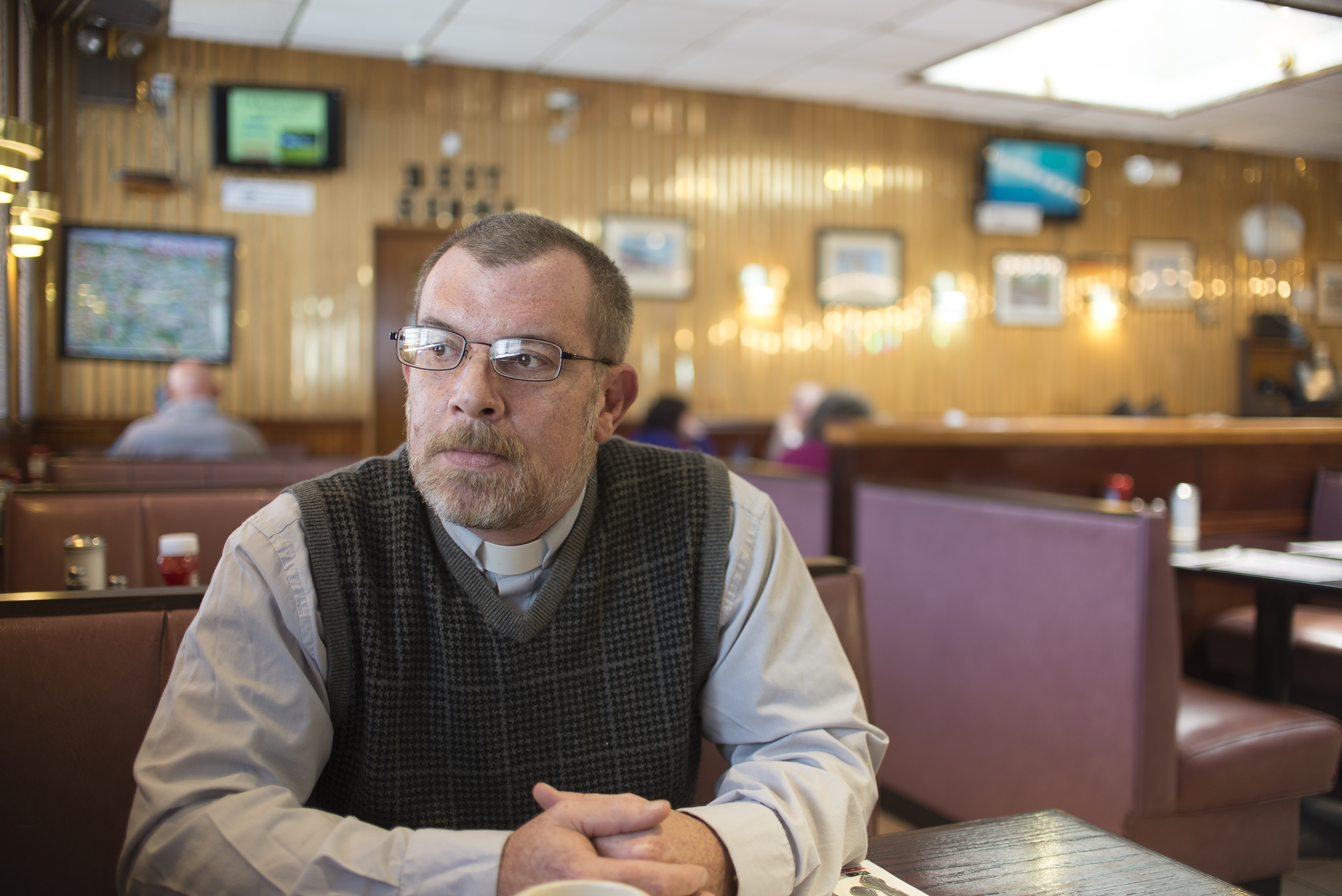 Pastor Chris DeLong, pictured here at a diner in Liberty, New York, volunteers in the community to raise awareness of addiction and help others.

People on MAT are stigmatized in other ways. For example, we’ve heard numerous concerns that people on medication-assisted treatment are made to feel unwelcome in the 12-step community due to the belief that they are trading one drug for another. “Narcotics Anonymous, not big fans of people on medication,” one addiction specialist told us.[7] “They’re ostracized for not being clean, they’re told they’re not allowed to share or speak at the meeting … so they end up not having that community support to their recovery.” Even though many people have expressed great appreciation for Narcotics Anonymous as a recovery organization, others report feeling ashamed, confused, hurt, and even angered due to their medication status.

We’ve heard numerous concerns that people on medication-assisted treatment are made to feel unwelcome in the 12-step community due to the belief that they are trading one drug for another.

Loved ones can also be resistant to the idea of medication-assisted treatment. “[F]amily members don’t want them to take it,” the addiction specialist said.[8] “If they have to take it, they want them off it as quickly as possible,” because they, too, believe it’s “treating a drug with a drug.”

Stigma can also silence people in recovery. “[P]eople have a skewed perception of what someone with a substance-use disorder looks like,” one peer recovery coach explained, “what they behave like, what they’re entitled to, whether or not we know them, want to have them in our families.… [W]e all know people in recovery, we just don’t know that we know them because we’ve all kept our mouths shut for so long.”[9] Her colleague agreed. “[T]he more people come out and say, ‘I am a person in recovery. I am a teacher, a doctor, your neighbor, your friend.’ The more normalized it becomes.”[10] 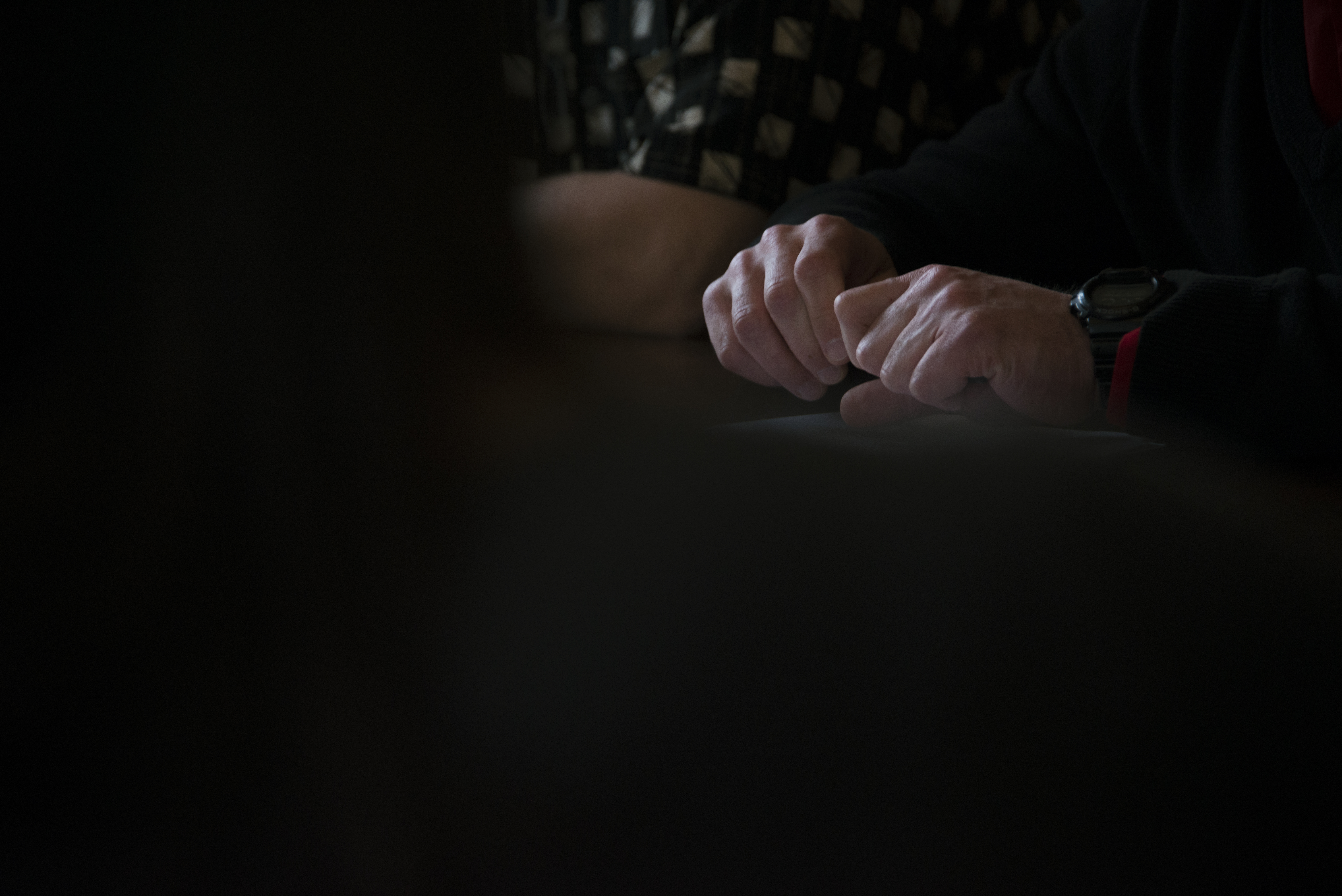 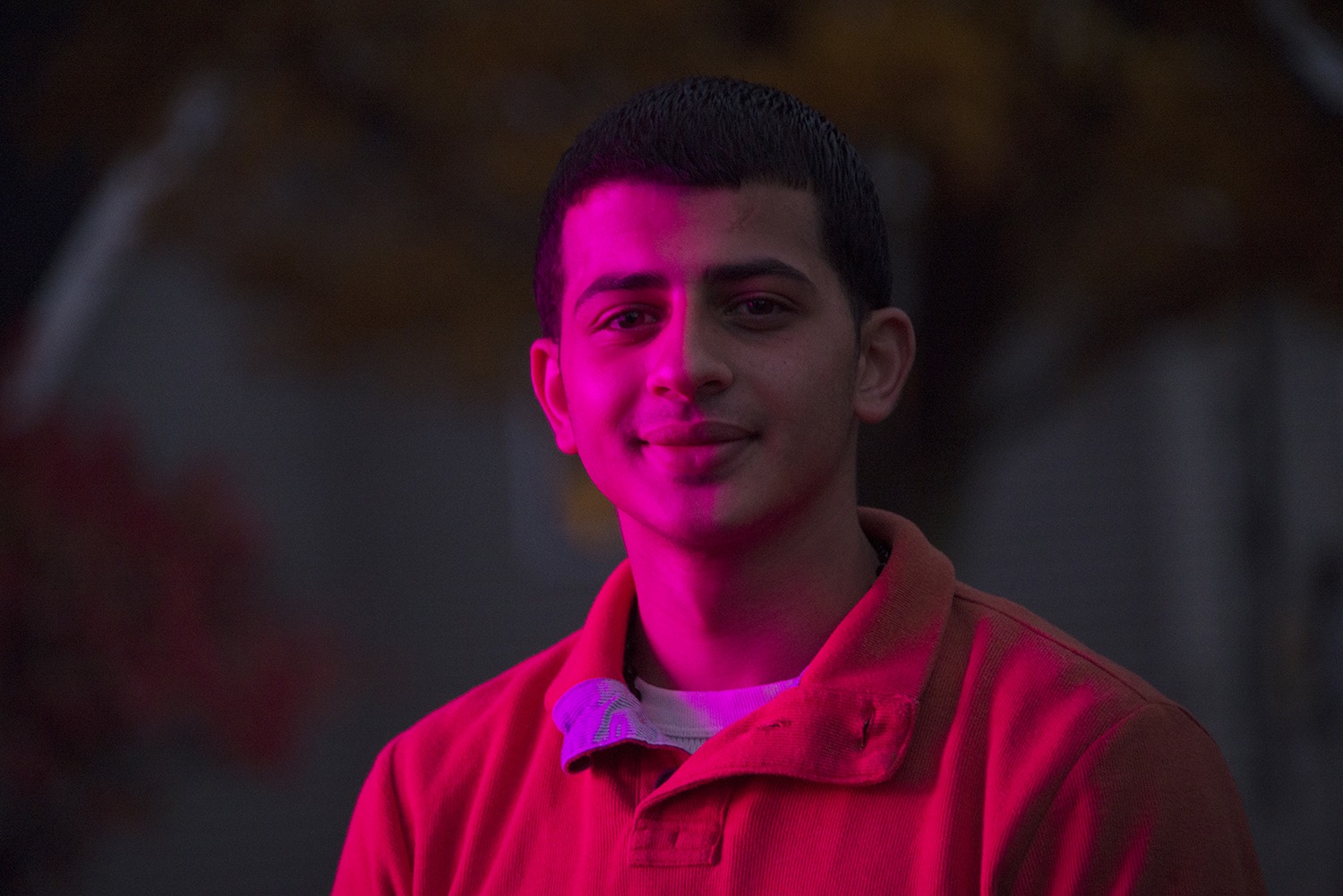 Above: A client at a recovery center in Sullivan County discusses his journey through addiction. Below: A member of the Dynamite Youth Center in Fallsburg shared his recovery story on an episode of the Rockefeller Institute podcast, “Policy Outsider.” Listen here.

Finally, stigma can undermine efforts to prevent drug use before it even begins. For example, one provider who trains educators in school-based prevention strategies indicated that teachers are sometimes resistant to the idea. “You can’t necessarily get folks to agree with the project that you are trying to do,” he explained.[11] “We have difficulty sometimes with … individual classroom teachers and their personal biases … making it challenging for our trainers to deliver their message for kids.”

Stigma makes it harder to promote good health and it limits access to treatment, recovery, and prevention. It causes people to point fingers at the wrong culprit. When loved ones exhibit the symptoms of addiction, such as stealing or lying, parents worry that their actions will be interpreted as a reflection of poor parenting. They feel alone and even responsible for what happened to their children. “We were derelict parents,” one mom explained. “Trying to live through the guilt of trying to understand what happened to our son and … at the same time be shunned by the entire universe … [U]p until this point we’ve kind of lived in a bubble.”[12]

When treatment is inadequate, or people relapse, stigma also results in the individual being blamed rather than a failed system. According to Sherry Daley, director of government affairs at the California Consortium of Addiction Programs and Professionals, friends and relatives may doubt their loved ones when they say something is wrong with a treatment program due to years of relapse and manipulative behavior. “They’re going to say, ‘Wow, you screwed it up again,’” she told Mother Jones.

Stigma prevents policymakers from developing solutions that could have a positive effect in favor of putting Band-Aids on the symptoms.

But, as we’ve shown, there are real barriers to accessing care and the people who need it most are at the greatest risk for abuse.

The argument that naloxone incentivizes drug use, and the accompanying idea that stigma is socially beneficial, is dangerous not only because it is flawed, but because it can perpetuate the problem: limiting healthcare, treatment, recovery, and prevention efforts. It puts the blame on people with substance-use disorders and burdens their families with keeping shameful secrets.

The truth is that substance-use disorders are common (in 2017, an estimated 30.5 million Americans aged 12 or older used an illicit drug, including 3.2 million people who used prescription drugs) and, until we address the problem head on, they will continue to be common. Stigma silences those people who need help the most: doctors who are reluctant to provide care; pregnant women who forego conversations with medical professionals about the substances they are dependent on; parents who refrain from talking about their children; and school-age children who aren’t able to talk about their parents. Stigma prevents policymakers from developing solutions that could have a positive effect in favor of putting Band-Aids on the symptoms. If we don’t change attitudes around addiction, we risk kicking the can down the road and potentially creating even bigger problems to address in the future: babies born addicted to heroin; families torn apart and traumatized; and children removed from their homes.