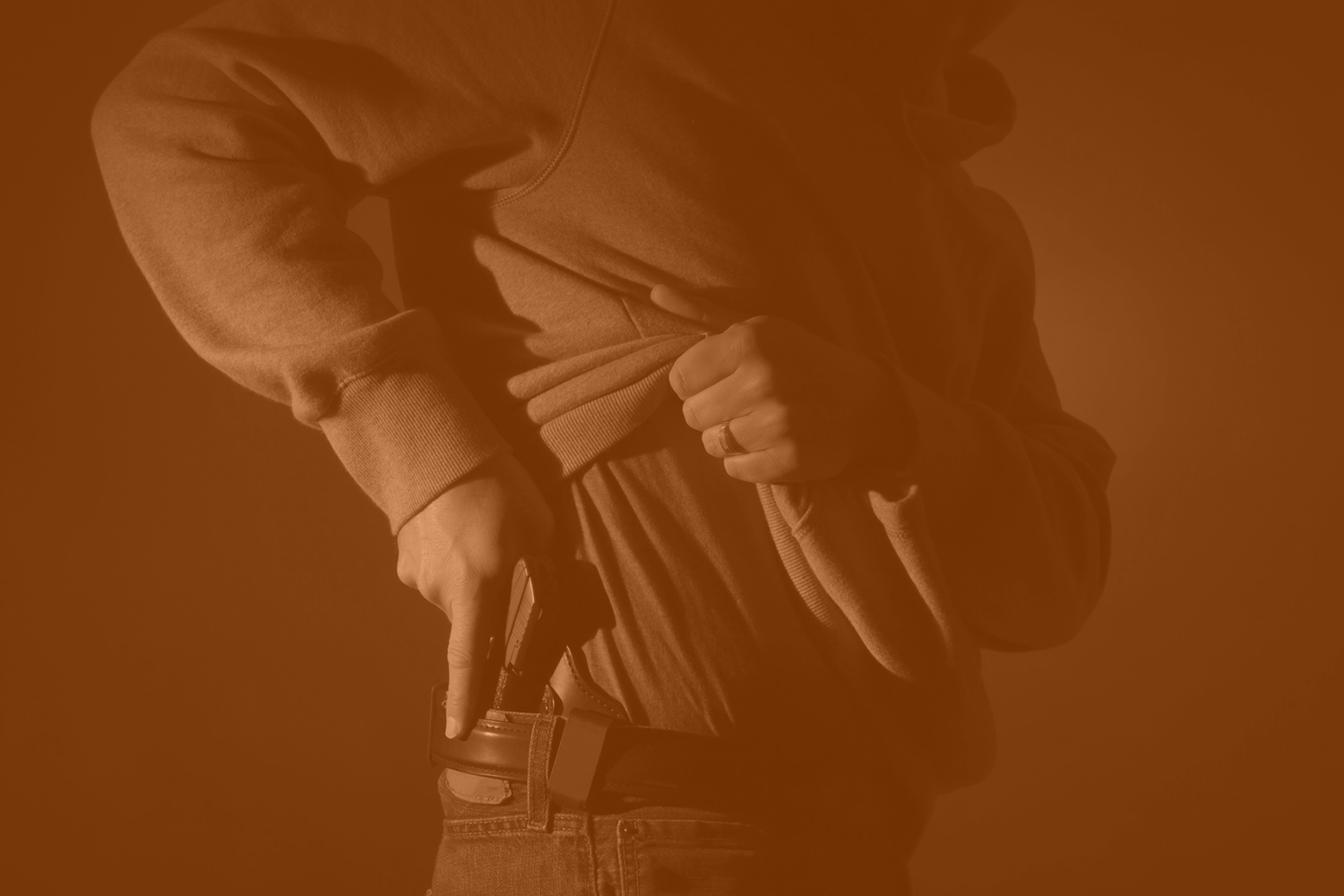 Many knowledgeable Florida political observers were shocked when the state legislature passed, and Republican Governor Rick Scott signed in March, a modest gun-control measure that included raising the purchase age for firearms from eighteen to twenty-one, banning bump stocks, and giving police greater power to seize weapons from those deemed mentally unfit. Political observers were surprised both because Scott and the legislature have been closely allied with the National Rifle Association (NRA), and because Florida has long been the NRA’s testing ground for gun-friendly measures. Chief among them was Florida’s enactment of a beefed-up stand-your-ground law in 2005.

Under the 2005 Florida law and ones like it, a person who has harmed or killed another in a public place can presumptively claim self-defense to avoid prosecution or make conviction far less likely. In so doing, police must accept the claim’s validity. That is, the individual need only assert the belief that the use of force was necessary to prevent serious harm or death. Coupled with that is special legal protection making the person (as the Florida law says) “immune from criminal prosecution and civil action.” Prosecution is still possible, but much more difficult. 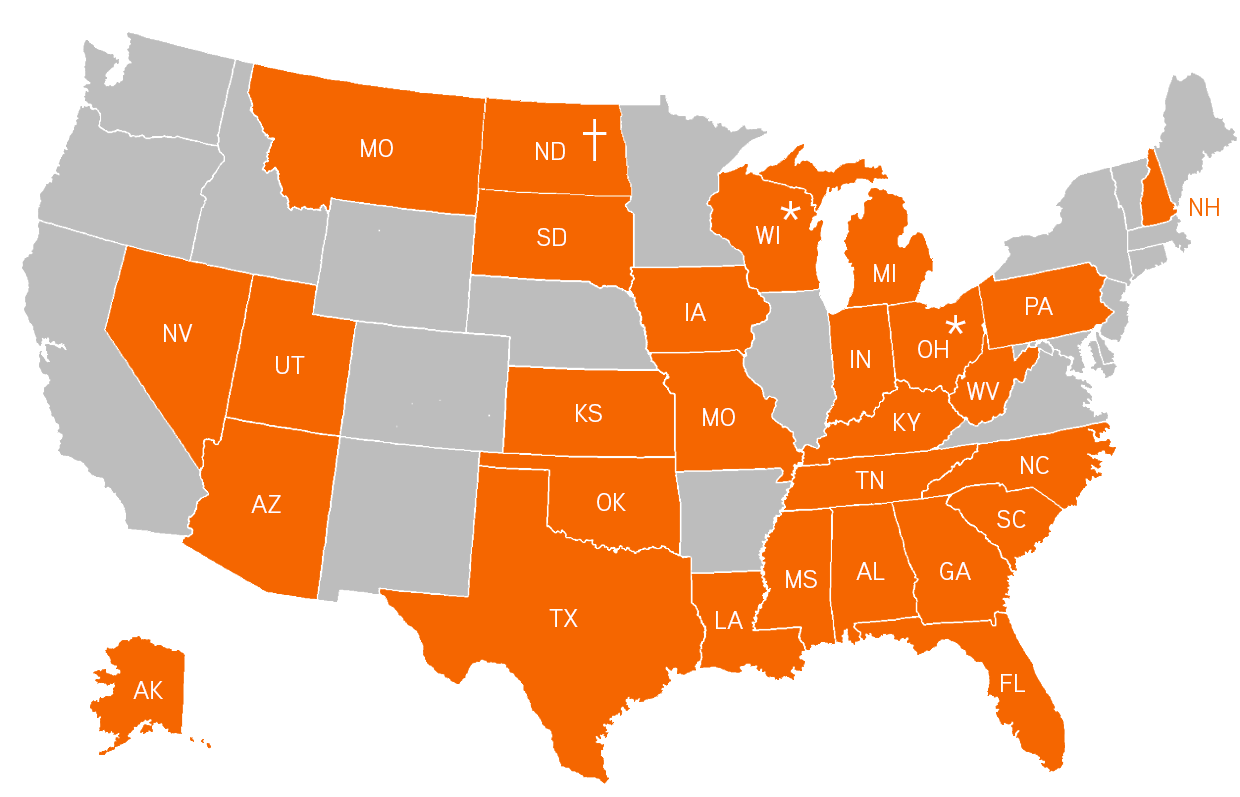 Between 2005 and 2011, roughly half of the states enacted similar stand-your-ground laws. Two additional states were recently added to the list: Missouri in 2016, and Iowa in 2017. This multistate effort was led by the NRA, arguing that these laws would improve public safety and protect honest citizens. Similar laws have existed elsewhere for over a century, but the 2005 Florida law, and most of those that followed, dramatically altered the legal equation.

Yet this changing legal landscape went largely unnoticed until 2012, when neighborhood watch volunteer George Zimmerman shot and killed an unarmed teenager, Trayvon Martin. That case riveted the nation’s attention. Even though Zimmerman did not expressly invoke a stand-your-ground defense, the changed Florida law played a key role throughout his case and trial, where he was found not guilty of murder in 2013.

A study of Florida murders reported in JAMA Internal Medicine in 2017 found a 75 percent increase in justifiable homicides in the state after enactment of its stand-your-ground law from the period of 2006-2015, as compared with state homicides between 1995 and 2005.

The result, according to David LaBahn, president and chief executive officer of the Association of Prosecuting Attorneys, is hamstrung investigations and legal protections greater than those afforded police officers who use lethal force. As mounting evidence shows, these laws have not only failed to increase safety, but they turn the clock back to the mythologized mayhem of the Wild West.

The effects of Florida’s 2005 law in over 200 cases (a majority of them fatal) were examined by the Tampa Bay Times through 2014. It reported that the law’s chief beneficiaries were “those with records of crime and violence.” Nearly 60 percent of those making self-defense claims when a person was killed had been arrested at least once before; a third had been accused of violent crimes or drug offenses in the past; over a third had illegally carried guns in the past or had threatened others with guns. In 79 percent of the cases, the assailant could have retreated to avoid the confrontation. In 70 percent of the cases, the person killed was unarmed. In all, stand-your-ground claims succeeded 67 percent of the time.

In More than 200 Stand-Your-Ground Cases in Florida:

A study of Florida murders reported in JAMA Internal Medicine in 2017 found a 75 percent increase in justifiable homicides in the state after enactment of its stand-your-ground law from the period of 2006-15, as compared with state homicides between 1995 and 2005. Notably, both justified and unjustified homicides increased during this period, even as the nationwide homicide rate declined during the same time.

The Wall Street Journal studied “justifiable homicides” nationwide from 2000-10. It reported that these killings increased 85 percent in states with Florida-style laws (some states’ versions of the law were more limited), while overall killings, adjusted for population growth, declined during this same period. Over 80 percent of the justifiable killings involved guns, compared with 65 percent of nonjustifiable killings

Researchers at Texas A&M University studied FBI data to analyze the same ten year period, and found no evidence that stand-your-ground laws deterred crime, including burglary, robbery, or aggravated assault. But they did find a homicide rate increase of 8 percent (about 600 additional homicides annually) in states with newly buttressed stand-your-ground laws. A 2012 National Bureau of Economic Research study drew on different data, but also found Florida-type laws associated with a 6.8 percent increase in homicide.

Not only do these laws encourage a “shoot first and ask questions later” reaction, but when such cases get to court, stark racial biases often appear.

Given the evident failure of these laws, some states have been pressed to rethink them. Yet no state has done so, and in 2017 Florida actually expanded its law to provide a greater legal advantage for those making stand-your-ground claims during pretrial hearings. A February 2015 American Bar Association report urged states to restore the “safe retreat” standard in public places (meaning that people are obligated to avoid confrontation if they can do so safely), and the scaling back of legal immunity.

Additionally, seven states allow the use of deadly force in self-defense through a combination of statutes, judicial decisions, and jury instructions. These states are California, Idaho, Illinois, New Mexico, Oregon, Virginia, and Washington. With that said, the laws in these states are different in several respects from the laws like those in Florida. Under Florida law, shoot-first protections can be invoked in pretrial hearings to escape liability. In these seven states, the shoot-first protections may only be invoked during criminal trials.

We need policies that defuse or avoid confrontations in public places, especially since roughly fifteen million Americans now have licenses to carry concealed firearms. Police and prosecutors need to be able to conduct full, unencumbered investigations. And gun owners need to admit what most of them already know: that firearms’ lethality and ease of use make deadly miscalculation more likely.

Robert J. Spitzer is distinguished service professor and chair of the Political Science Department at SUNY Cortland. He is the author of five books on gun policy, including “Guns Across America: Reconciling Gun Rules and Rights” (2015) and “The Politics of Gun Control” (7th ed. 2018).