Overdose Mortality Increased in 2019: What We Know Now and What We Will Learn In January 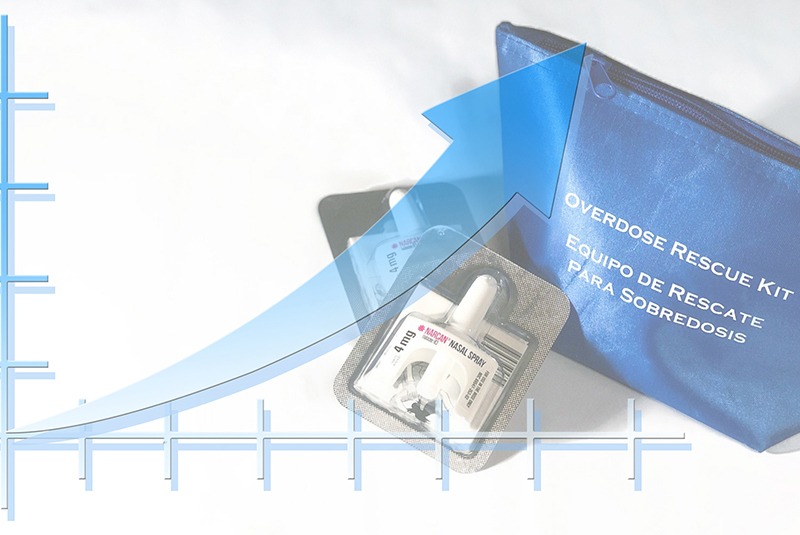 In late December 2020, the Centers for Disease Control and Prevention (CDC) released the 2019 Multiple Cause of Death database. In the past, the Rockefeller Institute has used this database to identify the extent and characteristics of drug overdose mortality in the US. While we are in the research process with these newly released data, we want to provide a preview of the general trends in overdose deaths before diving into the specifics and to highlight the value and limitations of the preliminary aggregate data.

What the Preliminary Data Tell Us

In 2018, we saw the first decline in overdose mortality in over 20 years but according to preliminary data for 2019 and the subsequent official data, it turns out that 2018 was, unfortunately, not the beginning of a trend. Overdose deaths were higher in 2019 than both 2018 and the previous highest mortality year of 2017. Deaths have increased for all opioids, cocaine, methamphetamine, cocaine, and fentanyl. Only heroin had a decrease in mortality.

Preliminary data suggested only 15 states experienced a decline in overdose mortality between 2018 and 2019 but the final data identified 16 states. In the preliminary numbers released prior to December, it appeared that both Maryland and West Virginia were on track to report mortality declines. However, the final data for both states reported an increase in deaths in 2019 compared to 2018. The preliminary data for Georgia, Pennsylvania, and South Carolina, however, predicted an increase in overdose mortality but those states in fact had a decline. Both the increases and decreases in these states were relatively small at one or fewer deaths per 100,000 residents.

States with (Preliminary) Declines In Overdose Mortality In 2019


There are three key areas in which the preliminary data lack specificity: specific drugs, demographics, and geography. The final CDC data provide greater detail that allows for a more complete picture of overdose mortality.

Both the CDC preliminary and final mortality data are sourced from death certificates. Overdose deaths are identified by the underlying cause of death (overdose) and the contributing factor, which is where individual drugs are specified. Preliminary data, however, do not list the specific drug for overdose deaths for a state that reports specific drugs in less than 90 percent of its records. Additionally, preliminary data do not identify drug deaths involving more than one specific drug which are identified in the final data. Identifying interactions has become especially important in recent years as heroin, cocaine, and methamphetamine have increasingly been adulterated with deadly amounts of fentanyl. Despite the decline in overdose deaths overall in 2018, we identified a substantial increase in deaths involving both a stimulant (cocaine or methamphetamine) and fentanyl, a trend that we expect to continue in 2019.

The preliminary data release also doesn’t tell us who is dying from overdoses. The final data include the age, race, and education of the deceased which allows us to calculate demographic specific drug mortality rates. In 2018, the overall decline in overdose deaths was driven almost entirely by a decline in white opioid overdose deaths. In 2018, overdose deaths continued to rise for people of color, and those deaths were more likely to involve cocaine or methamphetamine. Understanding who is most likely to die from which drug assists public health practitioners in identifying where additional overdose prevention services are still needed and combating racial and ethnic disparities in healthcare provision.

While preliminary data provide important information on overdose deaths by state, the final data available through CDC Wonder will also provide information on county level overdose deaths and allow us to track how specific drug epidemics spread throughout the country. Aggregate data can obscure drug mortality hotspots and high-risk groups. A state may have an overall decline in overdoses but an increase in fentanyl adulterated cocaine deaths which would require a specific public health response. Further, specific geography in combination with demographic information can identify high-risk small groups that are similarly obscured in aggregate data.

What Mortality Data Can’t Tell Us

The main benefit of mortality data is that they are extremely detailed and provide a direct measure of overdoses using a methodology that does not change year to year. The data allow researchers to track specific drug epidemics and the increasing or decreasing lethality of drugs. The main drawback is that even the preliminary data are very slow, with a lag of eight to nine months at least, which makes it infeasible to use for real-time response.

The CDC’s mortality data, however, are actually an amalgamation of mortality data that originate in counties, and many counties and state medical examiners do update their mortality data in near real time. Even more use the locally collected data internally to identify spikes in overdose mortality and direct services where they can save lives. States may also publish data and reports, based on their own internal data, earlier than the Federal final data are available. New York has already released their 2019 Opioid Annual Report which includes a section on mortality. The report also highlights that the decentralization of New York’s coroner and medical examiner system in combination with the toxicology results necessary in identifying the specific drugs involved in an overdose can result in long delays and incomplete data. New York does participate in the CDC’s Prevention for States Program aimed at opioid overdoses specifically which encourages non-mortality monitoring as well including prescription drug monitoring programs.