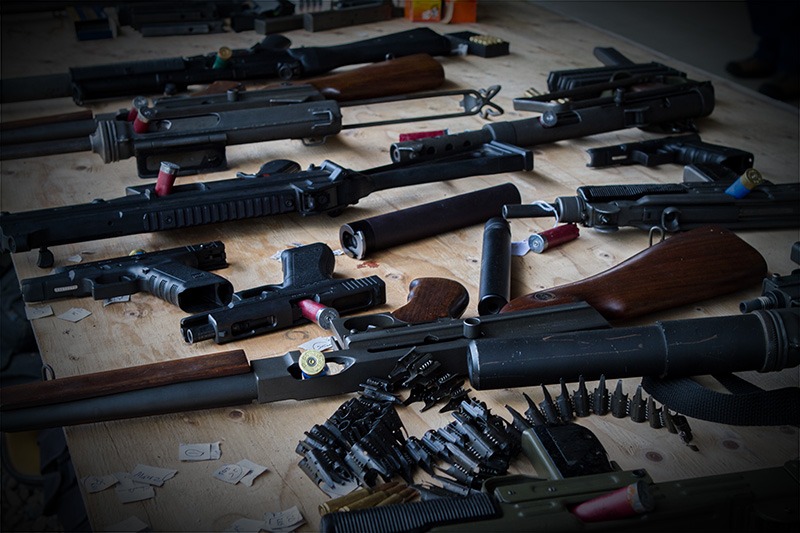 It has become an American ritual. In the wake of a tragic mass shooting, a public debate erupts. Journalists, academics, celebrities, and politicians argue about the merits of gun control measures and promises are made that this time things will change. The debate permeates across television screens and social media platforms but, almost always, it falls out of the issue-attention cycle within weeks. The collective anger subsides, and we are left to hope it won’t be us or our children next time around.

For decades, we have joined in this familiar cycle and, while thoughts and prayers are always abundant, almost no federal policies have been enacted to protect Americans from gun violence. The discussion that follows a mass shooting is always fraught with misinformation and misguided policy recommendations. This confusion stems from an enduring lack of understanding about the basic realities of gun violence. One of the most fundamental facts is this: where there are more guns, there are more gun deaths. This should not be a novel or even interesting observation, but rather a widely accepted matter of fact. Yet, because it is a fact that so many choose to ignore, it must be repeated over and over again.

In a scholarly review of the relationship between gun prevalence and homicide almost 20 years ago, Harvard researchers concluded that available evidence supports the hypothesis that greater numbers of guns corresponds to higher rates of homicide.[1] In the years since, the evidence has strengthened at every level of analysis. Further, the hypothesis that more guns equates to more deaths has been supported using many different ways of measuring gun availability and access.

First, having a gun in the home increases the risk that a person will be the victim of a homicide with a gun or commit suicide with a gun.[2],[3] This is true regardless of storage practice, type of gun, or number of firearms in the home.[4] Put simply, if there is a gun in the home, it is easier for a person to pick it up and use it against a family member, intimate partner, or associate in the midst of a conflict. Similarly, people are more able to attempt suicide during a moment of crisis if a firearm is accessible in the home. Suicides are also far more likely to be completed with a firearm than any other means.[5]

But it is not just about access to firearms in the home. Research shows that greater availability of guns throughout local neighborhoods in cities like Detroit[6] and Newark[7] corresponds to higher rates of firearm deaths, especially in communities suffering from concentrated economic disadvantage. And across cities, legal access to guns via federally licensed dealers[8] and the availability of stolen guns[9] result in higher firearm homicide rates. At the county level, more access to guns within and in surrounding counties equates to more gun deaths.[10]

Across states, researchers found that more guns equal more gun deaths looking at all 50 states in the country from 1981 to 2010.[11] This finding has been replicated in numerous other studies.[12] [13] Importantly, states with both lax gun laws and greater access to guns have higher rates of mass shootings.[14]

It may be no surprise that this all holds true not just from state to state, but from country to country: where guns are more available, there are more homicides.[15] Compared to other high-income countries, the firearm homicide rate in the US is 25 times higher and the firearm suicide rate is eight times higher than any other country. For 15-24 year-olds, the gun homicide rate in the US is almost 50 times higher than other peer countries.[16] The US also has the highest firearm suicide rate of any country in the world while its rate of firearm murders rank roughly 30th in the world, exceeded almost exclusively by countries in South America ravaged by relentless drug wars.

The US has more guns and more gun deaths than any peer nation in the world. These facts are inextricably linked. The problem demands a comprehensive set of policies that prevent those who wish to do harm to themselves or others from accessing guns. This means making guns less available in the general population and more difficult to access. This does not mean taking guns from law-abiding citizens or preventing someone who goes through the necessary procedures from owning a firearm. But gun violence comes in at least four different forms (i.e., suicide, mass shootings, domestic violence, and urban gun violence) and each requires its own unique policy solutions. The reality is that no single policy will substantially reduce even one type of gun violence, much less all forms put together. Narrow, half-hearted measures will not suffice. However, the broad goal of reducing firearm access and availability lends itself to a comprehensive approach to reducing all forms of gun violence through the use of interlocking, complimentary policies.

A “Swiss cheese” model of policy layering similar to that used during the COVID-19 pandemic can ensure that policies to address different aspects of gun violence are woven together to have a meaningful total impact. To reduce COVID infections, hospitalizations, and death rates, we’ve taken an approach that combines vaccination, testing, masking, and social distancing policies. The basic idea is that the “holes” in one policy are filled in by the coverage of another. It is not about finding the single best policy to reduce gun violence, but rather the best blend of evidence-based tactics that work most effectively together. [17] [18] [19]

… the broad goal of reducing firearm access and availability lends itself to a comprehensive approach to reducing all forms of gun violence through the use of interlocking, complimentary policies.

The federal bipartisan bill proposed in the wake of the mass shootings in Uvalde and Buffalo is an important first step towards progress. But it simply is not enough to achieve significant reductions in gun violence and there is no guarantee that even this modest proposal will become law. Regardless of the bill’s passage, a properly layered federal policy approach to gun violence based on reducing access and availability of firearms should include the following moving forward:

These policies should be supported by consistent, long-term funding for evidence-based violence prevention efforts including illegal firearm market disruption, street outreach, and hospital-based intervention programs. These efforts won’t eliminate gun violence completely but together they can meaningfully reduce the shootings and homicides that devastate communities every single day.

This kind of comprehensive approach has been taken by states like California, New York, New Jersey, and Massachusetts, where gun violence is very low compared to other states. But we cannot meaningfully reduce gun violence as a whole country if laws are lenient in neighboring states or people can easily smuggle firearms across state lines. This approach must be taken at a federal level.

Present political realities make this approach feel all but impossible in the United States. But it is critical to remember that in the aftermath of mass shootings, other countries with cultures of gun ownership have enacted comprehensive policy efforts to reduce gun violence and it has worked. These successful efforts have been based on the fundamental premise that gun violence can be meaningfully reduced by limiting access and availability of firearms. We know it is not impossible. And we know that more people will die because of gun violence without comprehensive reform. We have the facts—now we need the will to act.

Daniel Semenza is a member of the Regional Gun Violence Research Consortium and an assistant professor in the Department of Sociology, Anthropology, and Criminal Justice at Rutgers University – Camden.

[5] Miller, Matthew, Deborah Azrael, and Catherine Barber, “Suicide mortality in the United States: the importance of attending to method in understanding population-level disparities in the burden of suicide,” Annual Review of Public Health 33 (2012): 393-408.