Lessons from Ohio: A Conversation with Dan Skinner 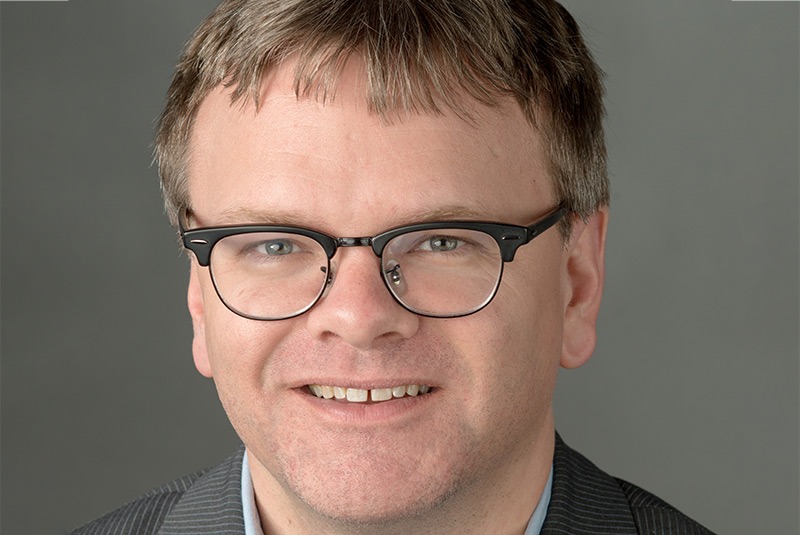 Like West Virginia, Ohio was hard hit by the opioid epidemic. As early as 2007, three years before the second wave of opioid overdose deaths began, unintentional drug overdoses became the leading cause of injury-related death in Ohio, surpassing car accidents for the first time. But, nearly a decade later, the state was making real progress slowing overdose deaths. In 2018, as overdose death rates decreased two percent nationally, Ohio’s opioid overdose death rates dropped ten points (from 39.2 deaths per 100,000 to 29.6). Recently, we talked to Dan Skinner, an associate professor of health policy at Ohio University’s College of Medicine, who co-directs the national health policy training program for osteopathic physicians. Skinner is the co-editor of Not Far from Me: Stories of Opioids and Ohio, which provides a first-hand account of people affected by the opioid epidemic, and he is the host of Prognosis Ohio, a health-policy podcast. As part of the epidemic-in-a-pandemic series, we wanted to see what lessons can be learned from the opioid problem in Ohio, what happened during the pandemic, and key takeaways from a state that has been fighting the opioid epidemic for years.

This interview is one in a series of snapshots about what the epidemic in a pandemic looks like from around the country.

What was happening with the opioid epidemic in Ohio leading up to the pandemic?

Skinner says that one of the perverse benefits of being a state hit hardest by the opioid epidemic is that Ohio had one of the most aggressive early responses: shutting down pill mills, controlling the flow of opioid prescriptions, and putting in place oversight reporting. The state also made real progress on employment for people with substance-use disorders, finding committed employers who were willing to hire people in recovery because they were “fantastic” employees. According to Skinner, Ohio was a leader because it had to be a leader.

Ohio was also eager to escape its reputation as a state hard hit by the opioid epidemic, plagued by high-profile stories of law enforcement officials who refused to carry the opioid-overdose medication, naloxone. They needed to shift from “being the place where it all started” to “leaders coming up with solutions.”

There was a real sense of optimism in Ohio prior to the pandemic, especially because the state slowed the rate of overdose deaths.

But then along came the pandemic—what happened?

As COVID-19 hit, Skinner explains, the media attention swung from focusing on the opioid epidemic to the pandemic. As happened across the country, the pandemic wiped Ohio’s opioid problem as well as its successes out of the media cycle. It became virtually silent.

“We have an epidemic within that pandemic,” he says, that “we don’t really have even the ability to address, because so many resources had been diverted.”

There was a real sense of optimism in Ohio prior to the pandemic, especially because the state slowed the rate of overdose deaths.

Although attention shifted, the opioid epidemic did not go away. From the beginning, people in the health community knew it would continue to be a very big issue, but they “still don’t know the full extent now even…11 months down the road.”

Skinner says we’re living at a time when life expectancy had decreased in Ohio because of the opioid crisis. Now, COVID-19 is layered on top of that. “We have these compounding variables, and it’s really hard to figure out” the independent effect of each, but it’s “best to just assume that they’re happening together and they’re affecting one another, and we should probably think about them together.”

In December 2020, the CDC released preliminary data on overdose deaths through May 2020. As overdose deaths spiked nationally in the run up to and during the pandemic, there was a 13 percent increase in Ohio, which was relatively low compared to other states in the Ohio Valley (West Virginia and Kentucky each increased by 22%). Skinner credits Ohio’s success to a “fantastic roster of professionals” in mental health, addiction services, and Medicaid as well as appointees from the governor’s office who didn’t let their guard down when the pandemic hit.

What should we do about these twin crises moving forward?

Skinner thinks that there are important lessons we can learn from this experience. These crises have “exposed so many of the problems in the system, and the inadequacies.” He says “we have a real opportunity to build out of those.”

What are the key lessons?

(1) Shoring up public health: Skinner says it is “stunning that a healthcare system would be so beleaguered during a pandemic, at a time when we need them more than ever.” But the stress on the healthcare system was not evenly distributed. Some hospitals were doing really well and others were going out of business—at the very time we needed these facilities the most. There has been extraordinary inequality within the healthcare system.

He explains that Ohio has a deeply underfunded public health system,[1] which means they do not have the resources to address this current moment or to care for people. State and county public health agencies were not able to respond in the ways that we would want them to. They haven’t been able to distribute vaccines effectively and they haven’t been able to get the public to comply. But Skinner doesn’t lay blame on particular individuals as much as he does on the lack of resources these organizations have at their disposal and the political backlash they face for advocating public health measures like social distancing requirements and mask mandates.

If there is a silver lining in the epidemic in a pandemic, it’s the ability to re-examine the ways we provide essential services.

(2) Rethinking systems of care: It’s not just hospitals and public health departments that are essential systems for care. Skinner tells us that the nonprofit sector in Ohio, including faith-based and other not-for-profits, are essential organizations. They feed people, transport patients to medical care, and are deeply involved with housing and homelessness. Skinner says Ohio’s nonprofits—an “amazing group of people”—were “hammered” as a result of COVID-19. With economic stress came fewer donations to the sector while a surge in demand for services. Ultimately, he says, there will have to be a reckoning with how services are provided.

(3) The policy consequences of stigma: Skinner believes that people with firsthand experience have a lot to offer in policy debates. But in the case of people with substance-use disorders, “you can’t underestimate the policy consequences of stigma.” People with substance-use disorders already have a hard time finding employment, and Skinner worries that the loss of jobs during the pandemic will only make it worse.

If there is a silver lining in the epidemic in a pandemic, it’s the ability to re-examine the ways we provide essential services. Skinner sums up: “I think we’re going to have to have this conversation of ‘if you don’t want a government to be empowered to actually address something like a pandemic, or something like an epidemic of opioid use or other addictions, then who is going to do that work?’” Now is the time to think about the commitment to services and the ways in which those services are provided. Skinner is adamant that while the COVID-19 pandemic added stress to the systems of care in Ohio and in the United States more generally, we cannot allow people to use COVID-19 as an excuse when other policies and programs fail.

[1] Ohio spends less per capita than 46 other states. Only Arizona, Nevada, and Missouri spend less.