Disconnects in the Treatment of Opioid-Use Disorder 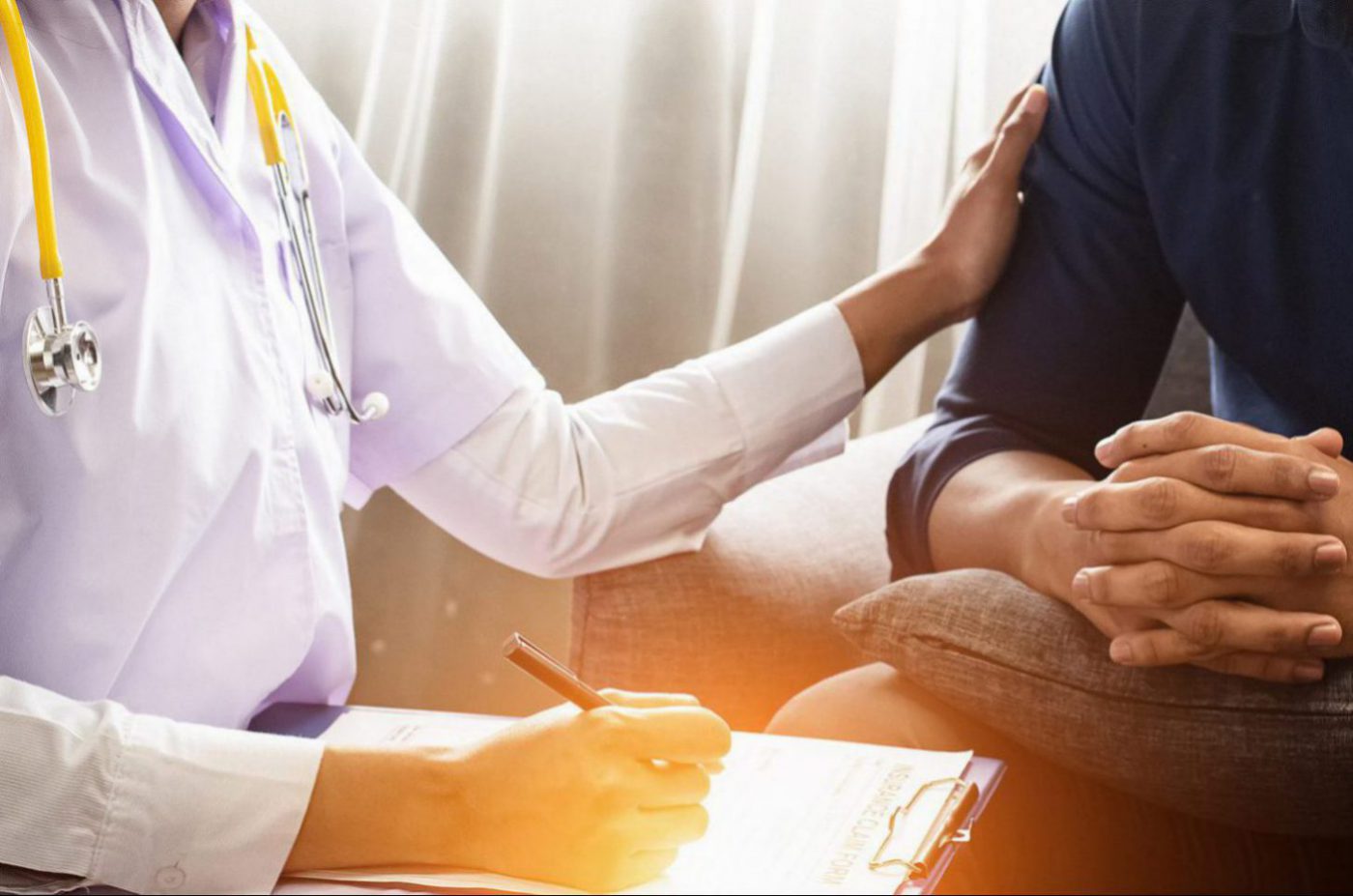 There is a shortage of certified buprenorphine prescribers and federally approved opioid treatment programs providing methadone. For instance, research found that, in 2012, nearly all states did not have sufficient treatment capacity to provide FDA-approved medications to all opioid-use disorder patients and only 60 percent of the patients could get methadone or buprenorphine treatments, even if the potential capacity was maximized. Specifically, if all waivered physicians prescribed to their capacity, the maximum number of patients who could be treated with buprenorphine was still less than half of all individuals with opioid-use disorder. It is even worse for methadone, for which less than one-seventh of patients with opioid-use disorder received the medication. As a response, the federal government has devoted a great deal of resources to support the expansion of access to methadone and buprenorphine. By 2017, there were 1,271 opioid treatment programs providing methadone and 56,000 licensed buprenorphine prescribers, according to SAMHSA.

However, the shortage remains, and there are large geographic disparities. As of June 1, 2019, 39 percent of all US counties had no licensed buprenorphine prescribers and nearly 80 percent of all US counties had no opioid treatment programs, which are often referred to as methadone clinics. Among counties providing none of the opioid agonist treatments (38 percent of counties nationally), about half of them are classified as rural and primarily located in the Midwest and South.  New York fares better than the national averages. It has the second largest number of substance-use treatment facilities. Yet even in New York—as of 2017—six of the 62 counties do not have any licensed buprenorphine prescribers and 36 counties do not have methadone clinics. More than half of New York State’s 148 methadone clinics are located in the New York City area.

In general, several factors contribute to the treatment disconnect: stigma and bias, the fear of diversion, and concerns of insurance and cost.

Many people, including the general public, patients with opioid-use disorder, health providers, and politicians, view the treatments of methadone or buprenorphine as merely substituting one addiction for another. There is a misconception that people are not really “clean” unless they are abstinent from all opioid agonists. Studies reveal that such negative attitudes were not uncommon in the treatment provider community.[1] And some physicians are reluctant to apply for the buprenorphine-prescribing license or prescribe buprenorphine because they do not want to provide (or be thought to provide) more opioid drugs for a crisis believed by society to be caused by over-aggressive prescribing of opioid pain killers. Similarly, many patients are reluctant to receive opioid agonist treatments as they are afraid of being addicted to such medications. Further, the stigmatization of patients using opioid agonists treatments as “shameful” or “failed” kept some patients away from such treatments.

The fear of diversion is another impediment. Research finds that among 17,568 patients who survived an opioid overdose, less than one-third of them received the follow-up medication because physicians thought those patients were likely to abuse it. Another discredited belief is that methadone and buprenorphine get diverted from treatment programs to black markets and lead to overdose death. However, among all opioid drugs, methadone made up less than 2 percent of diversion reports and buprenorphine 11 percent, by DEA’s count in 2017. And methadone diversion is primarily related to its prescription of painkillers, not of opioid-use disorder treatments. Further, several studies suggest that the diversion of these medication treatments was largely due to the lack of access to such medicines among opioid-use disorder patients who seek to reduce withdrawal symptoms and illicit opioid use.  Common reasons for diversion are missed medication pick-up, saving money, self-managing withdrawals, and waiting for treatments.[2]

The costs of methadone and buprenorphine matter for both patients and treatment providers. In survey studies, the high price of medications and services is a commonly identified deterrent for patients to start treatment. And for treatment providers, funding and insurance environments are major concerns. Methadone is not covered by Medicaid in many states. And, while Medicaid covers buprenorphine in all states, there are limits on the reimbursement. Organizations were discouraged from establishing methadone clinics in states where Medicaid does not cover methadone and where Medicaid did not expand to cover low-income adults. Similarly, states that were resistant to the Affordable Care Act had less growth in licensed buprenorphine prescribers. Funding also matters for providers’ decisions to use buprenorphine. A 2012-2013 survey in Ohio found that insufficient funds were an important barrier as providers have to pay for buprenorphine from public funds when patients cannot pay for it themselves.

Beyond the above-mentioned impediments, there are also barriers associated with methadone and buprenorphine, respectively.

The highly structured setting of methadone prescription and delivery plays a crucial role in the underutilization of methadone. Methadone is only permitted to be provided in certificated clinics, which brings several problems. First, there are structural barriers to treatment access, including the admission requirement of a chronic history of opioid-use disorder, long wait time, limited geographic coverage, and the restrictiveness of daily methadone dosing. Secondly, the highly regulated distribution form of methadone distinguishes it from treatments of other chronic diseases, reinforcing stigma. It is also demeaning and thus discourages patients from getting the treatment.[3] Third, given the social stigma attached to it, methadone clinics are often difficult to open due to the local community’s “not in my backyard” mentality. Local zoning boards and authorities are also barriers to the establishment of methadone clinics. Moreover, the approved-clinic-only approach causes financial burdens. Without sufficient funding, it is hard to keep a clinic functioning and to meet the required standards. Finally, states have the discretion to decide whether their opioid treatment capacity is sufficient and whether to lift laws and regulations on licensing methadone clinics. Therefore, access to methadone clinics varies greatly among states. While states like New York are actively expanding methadone services in rural and suburban areas, other states are still restricting the establishment of methadone clinics and, Wyoming, for example, has none.

As for buprenorphine, one main reason why it remains underused is the rising concern regarding its increased diversion rate. According to the DEA, diversion reports of buprenorphine increased significantly between 2013-2017. National surveys and interviews find that more and more people used buprenorphine to get high. There is an emergence of intravenous abuse of buprenorphine, which might be related to its tablet formulation. In addition, some people attempted to separate buprenorphine from the buprenorphine-naloxone combination like Suboxone®. As a result, several studies show both treatment providers and local communities—including the public and community stakeholders—were not favorable to buprenorphine because of the increasing diversion rate. Furthermore, research shows that physicians are reluctant to become prescribers or to actually prescribe buprenorphine because they feel incapable of treating complex addictions and are concerned about being inundated with requests. Physicians indicated that being paired with an experienced provider and having more information about mental health and psychosocial resources can increase their willingness to prescribe buprenorphine.[4] Besides diversion concerns, federal education requirements and patient limits for buprenorphine prescribing also inhibit the expansion of the treatment.

In addition to opioid agonists (methadone and buprenorphine), the opioid antagonist naltrexone (Vivitrol®)[5] is another recommended medication for medication-assisted treatment. Whereas there are regulative barriers to prescribe methadone and buprenorphine, any provider can prescribe naltrexone. Nevertheless, naltrexone still experiences certain financial, attitudinal, and practical obstacles.[6] The high retail price of Vivitrol® (about $1200 per monthly dose) and limitations of insurance coverage and reimbursement, restrict both providers’ willingness to prescribe and patients’ access to the medicine. Similar to methadone and buprenorphine, naltrexone suffers from many providers’ anti-medication attitudes. And physicians often have the perception that treating patients with opioid-use disorder is difficult. The requirement of detoxification for sufficient time before using naltrexone also poses unique challenges. On the one hand, patients fear the process of full detoxification and are likely to relapse during a prolonged detoxification period. On the other hand, limited access to detoxification facilities, together with limited insurance coverage for detoxification, hinder the wide use of naltrexone.

In conclusion, education on the medications used in treatment, continuing financial supports, expansion of health care, provisions of generic versions of medicines, and institutional support to physicians are necessary for diminishing the disconnect between people who need help and the help that is available. More importantly, in the midst of the current opioid epidemic, many specialists believe the benefits of expanding lifesaving treatments, like methadone and buprenorphine, outweigh the diversion risks of these medications and they suggest deregulation of these medications.

Jiacheng Ren is a research assistant at Rockefeller Institute on the Stories from Sullivan project and a Ph.D. candidate at the Department of Political Science, Rockefeller College of Public Affairs and Policy, University at Albany

[5] Due to its low patient’s acceptance and adherence, the oral formulation of naltrexone is not widely used. Instead, the extended-release injectable formulation is recommended.