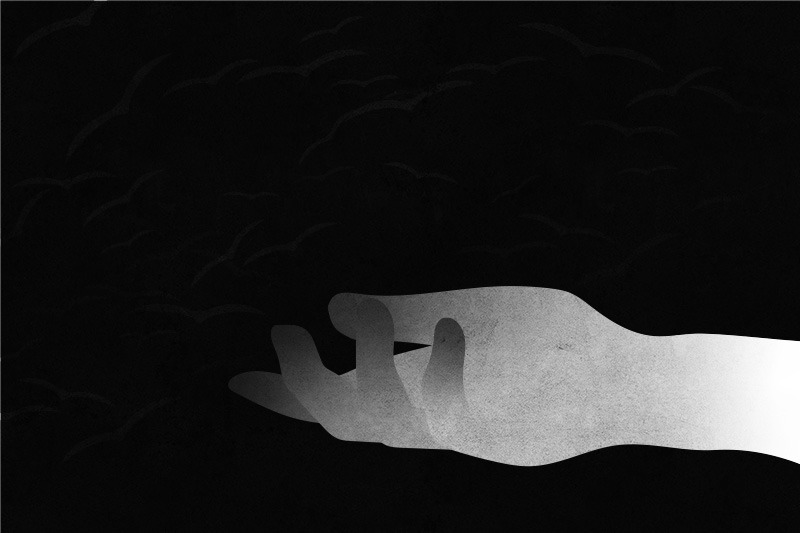 Beginning early in 2020, the COVID-19 pandemic caused unprecedented loss of life around the world and, over the past two years, at least 900,000 deaths in the US alone. In December 2021, the Centers for Disease Control and Prevention (CDC) released the Mortality Multiple Cause files for 2020 as part of the National Vital Statistics System. These data include individual records for deaths within the US, including detailed cause of death information for both underlying and contributing factors. The CDC also added the data to the CDC Wonder tool allowing researchers to calculate the mortality rates for specific geographies or groups that would otherwise be suppressed as identifiable or limited in the individual-level data. According to this data, 350,831 death certificates listed COVID-19 as the underlying cause of death in 2020. This corresponds to a COVID-19 mortality rate of 106 people per 100,000 making COVID-19 the third leading cause of death in the country behind only heart disease and cancer.

The profound and unexpected death toll of COVID-19 has highlighted the importance of high quality mortality data to understand not only the ways in which New Yorkers and Americans die, but how different conditions interact with each other to contribute to the disparities in life expectancy and mortality rates across race, ethnicity, geography, gender, and age. Many of these disparities exist in the severity and treatment of illnesses in addition to their mortality.

To shed light on the role mortality data plays in understanding health and health disparities, in this analysis we highlight the total mortality, crude mortality rate per 100,000, and age-adjusted mortality rate per 100,000 for all of the underlying conditions that the CDC listed as one of the “15 leading causes of death” in the past 20 years, excluding COVID-19. These 15 leading causes include both individual conditions like Alzheimer’s disease which correspond to a single cause of death (ICD-10) code and groupings of similar conditions like “Diseases of the Heart” which correspond to multiple ICD-10 codes.

Age-Adjusted Mortality Rate. The total number of deaths, or number of deaths due to a specific cause for a group or geography, scaled by the population in each age group for that group or geography. Mortality is highly correlated with age so comparing crude mortality rates between groups with different age distributions can be misleading. Florida has a higher crude mortality rate than Alaska but also a much older population. The age-adjusted mortality rate creates a weighted average to compare mortality rates between groups and geographies as if they had the same age distribution.

Using the data from the CDC, we created an interactive map to visualize trends in mortality for the US. We were struck by the following five facts below.

Although causes of death are predominantly stable there have been some substantial changes over the years. The mortality rate of assault (homicide) has gone down dramatically over the past two decades and homicide is no longer one of the 15 leading causes of death in the US. In New York, the homicide mortality rate declined between 1999 and 2019 with one notable exception which was a substantial uptick in 2001 tied to the September 11th attacks, as the CDC considers death due to terrorism in the same category as homicide. The homicide mortality rate increased in 2020 for the first time since 2001 which follows the national increase in homicide deaths. However, New York’s homicide mortality rate remains far below the national average. The increased rate of homicides did not affect all New Yorkers equally and had a disproportionate effect on people of color, particularly Black and Hispanic New Yorkers who already faced higher homicide rates.

Homicides per 100,000 by Race and Ethnicity in New York State

We followed the CDC’s cause of death groupings for identifying the leading causes of death which resulted in the following categories:

In general, combining similar causes of death into groups is valuable in understanding the prevailing patterns in how people die. For example, separating out each different type of cancer or heart disease would obscure the fact that together, those two groups of illness account for nearly 50 percent of deaths. While grouping similar illnesses may appear intuitive, grouping external causes of death (accidents, suicide, and assault) by their intent rather than method obscures a major cause of death for Americans: drug overdoses. Drug overdoses are included in the data but they are split between three aggregate categories above: Accidents, Intentional self-harm, and Assault. There were 4,865 overdose deaths in New York in 2020 which would make overdoses alone the eighth leading cause of death in the state above influenza and pneumonia, Alzheimer’s, and well ahead of total suicides and assaults.

Accidents were the fourth leading cause of death for New Yorkers in 2020 below only heart disease, COVID-19, and cancer. However, grouping all accidents together may not be valuable for policy makers who wish to reduce their lethality. Policies targeting motor vehicle collisions, workplace accidents, and drug overdose deaths are inherently different. While it is true that different types of cancer require radically different treatments, the way treatment and research into treatment is funded at a state and federal policy level is fairly similar, whereas the oversight of highway safety and overdose prevention are not.

The COVID-19 pandemic, however, caused a stark reversal in this trend. From 2019 to 2020, the mortality rate in New York jumped nearly 30 percent to 797 deaths per 100,000 largely as a result of the COVID-19 pandemic hitting New York earlier than other states. New York saw an initial peak in COVID-19 deaths in April 2020 while the rest of the country did not see deaths seriously increase until the peak of the second wave in January 2021 which is outside the scope of the 2020 mortality data. Due to this early surge in New York, the state dropped in rank from 49th all the way to 35th which is the highest mortality rank relative to other states that New York has seen since the 1990s.

There are a number of reasons for the gender disparity in suicides and accidents. One group particularly at risk of suicide is veterans, who are disproportionately male. Additionally, men who attempt suicide tend to choose more lethal methods. In 2019, 55 percent of men who committed suicide used a firearm compared to only 31 percent of women. Gender disparities in accidental death also have complex causes. Men tend to have more physical jobs, engage in more risk taking, and are more likely to abuse alcohol and other drugs that can lead to accidental death.

COVID-19 has highlighted the importance of analyzing and understanding high quality mortality data not just to understand how New Yorkers and Americans die, but the ways that they live and the health disparities that exist among racial and ethnic groups, as well as genders and geographies. COVID-19 was complicated by and magnified many of the chronic illnesses that make up the leading causes of death including diabetes, heart disease, cancer, and lower respiratory diseases.