The Shape of Water Regulations: The Disputed Waters of the United States 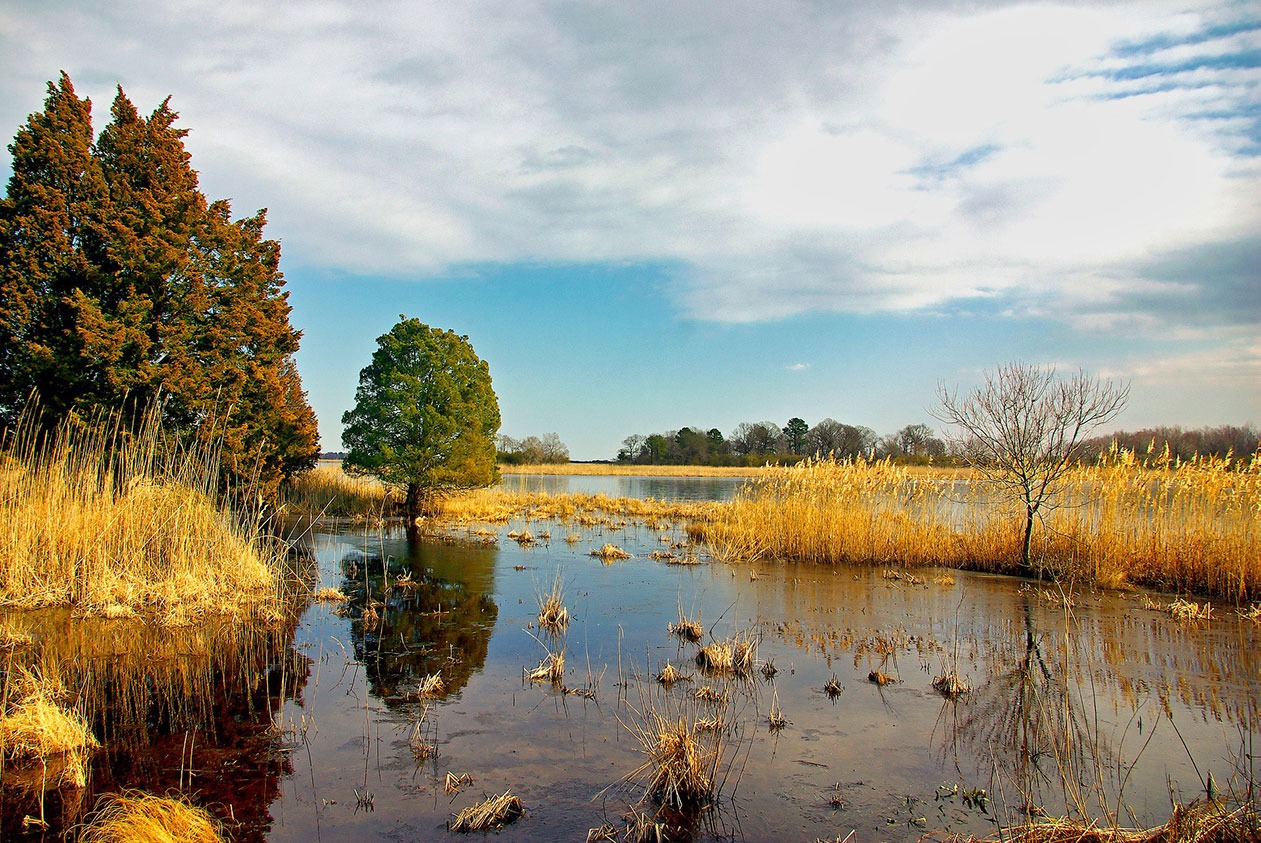 The term “waters of the United States” refers to the bodies of water subject to the Clean Water Act (CWA) of 1972, which prohibited discharge of pollutants into navigable waters. When passing the CWA, Congress refrained from defining navigable waters and instead referred to such waters only as waters of the United States (or WOTUS). Over the past five decades, the further definition of WOTUS has been shaped by the various administrations of the Environmental Protection Agency (EPA), the United States Army Corps of Engineers (Corps), and judicial decisions. There has been a great deal of contestation about whether certain streams, wetlands, and other water bodies that feed into navigable rivers and lakes are also subject to protection from pollution under the CWA. In general, a narrower definition of WOTUS has meant that more wetlands and streams would be vulnerable to pollution that could ultimately spill into navigable waters and drinking water sources. Proponents of the narrower WOTUS definition argue it will lower the costs of compliance while environmentalists argue greater levels of freshwater pollution create negative economic, health, and social consequences for people and wildlife.

In 2015, the Environment Protection Agency under the Obama Adminstration issued a new definition for WOTUS. The 2015 Rule clarified categories and criteria that would be used to determine if a body of water, stream, or wetland would be considered a part of WOTUS and subject to protection. If protected, discharge into these waterways would require a permit. The rule integrated current scientific understanding of water in ecosystems and was designed to provide clarity on the status of wetlands and streams. While the 2015 Rule was almost immediately challenged in courts as an overextension of the CWA’s jurisdiction, it ultimately went into effect in 26 states as of 2018.

On June 22, 2020, a new regulatory definition of the phrase “waters of the United States” took effect through the Trump Administration’s Navigable Waters Protection Rule. The 2020 Rule narrowed the definition of WOTUS, and explicitly excluded wetlands not directly adjacent to other jurisdictional waters as well as ephemeral streams and 10 other types of water features (though some of these were previously excluded), removing them from federal protection and permit requirements under the act.

The two water features of particular contention between the 2015 and 2020 WOTUS definition are wetlands and ephemeral streams. Wetlands are transitional areas between water bodies and drained (or seemingly dry) land. They typically exist where the water table is at, near, or just above the land’s surface. Ephemeral streams flow briefly in direct response to precipitation that is nearby. These bodies of water provide critical ecosystem functions and work to replenish and filter drinking water sources. Because of their ecological importance to navigable waters, they were more broadly included under the 2015 WOTUS definition. As such, the 2020 Rule, which excludes these water features, puts public and environmental health at greater potential risk while shifting the burden of regulatory oversight to states.

This brief considers the longer regulatory and judicial history of WOTUS and the potential impacts of the 2020 Rule if and as it is implemented. The brief first describes how the 2020 Rule’s underpinnings were shaped by key Supreme Court opinions, opinions that are likely to continue to shape judicial decisions with regard to this rule in the near future. The brief then describes the potential environmental health impacts of the 2020 Rule and outlines how the rule serves to open new regulatory gaps and shifts the burden to state regulators, jeopardizing the health of water bodies and drinking water sources for tens of millions of people (if not more) in the process.

According to the EPA’s own Science Advisory Board, whose members are appointed by the EPA administrator to (among other things) review scientific and technical information being used by the EPA as the basis for agency regulations, the 2020 Rule lacks consistency with current ecological understandings of water systems as interconnected in ways that are sometimes less immediately visible. That is, it distinguishes types of water to be regulated (or not) according to boundaries that water itself does not abide by. Once more, as noted above, it explicitly excludes water features that are important to the broader water systems, ecosystems, and human drinking water systems in and across states.

While the 2020 Rule redefining WOTUS went into effect in all states except Colorado in late June 2020, the ultimate implementation and impact is very likely to be unevenly distributed across the states. As such, this brief looks at the examples of New Mexico and New York to illustrate its differential effects.

This brief concludes that this variability is likely to be influenced by four central factors related to political geography. The first is, states’ willingness to legally contest the 2020 Rule and the success of these challenges will affect where the rule is actually fully implemented. Second, the impact of the rule could be lessened in states that have existing complementary regulatory systems that can more easily fill in the gaps created by the 2020 Rule. Third, the specific and variable ecological and hydrological systems within a state will affect the size of the gaps created by the 2020 Rule, and will determine (in part) the severity of the ecological and human consequences. The more arid southwestern states will likely be the most impacted.

And finally, fourth, at this time states are all dealing with compounding factors that will affect their ability to pick up regulatory slack. States have seen long-term declines in environmental staffing levels since 2008. This longer-term trend is compounded by states grappling with an unprecedented public health crisis and a concurrent economic crisis that will make it difficult for states to allocate additional resources in order to fill those regulatory gaps created by the 2020 Rule.