Schools and Gun Violence: What Do We Know About the Prevalence and Effects? 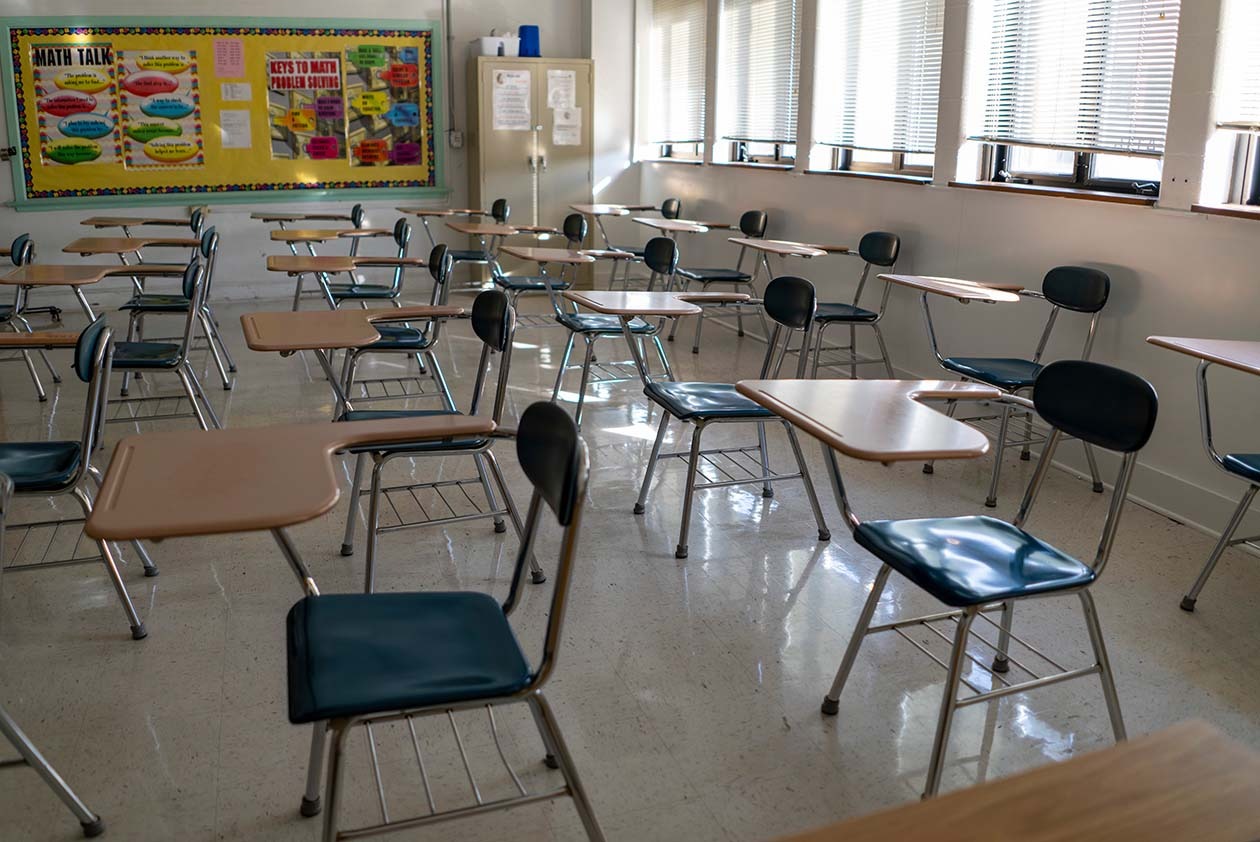 As the 2021-22 academic year came to a close, the United States was rocked by the news of another school mass shooting, this time at Robb Elementary School in Uvalde, Texas. Nineteen fourth-grade students and two of their teachers were killed when an 18-year-old former student entered the school through an unlocked door, made his way to his former fourth-grade classroom, and opened fire during a 77-minute rampage. Seventeen others were injured in the attack.

The tragedy in Uvalde conjured up memories of the shooting at Sandy Hook Elementary School in Newtown, Connecticut. Nearly 10 years earlier, 20 first-grade students and six of their educators, including the school’s principal, were killed after a 20-year-old shot his way into the building. Two others were injured during the six-minute attack.

In the aftermath of the shooting in Uvalde, administrators and policymakers struggled to implement policies and procedures that would prevent a similar attack in their schools or minimize the loss of life if one did occur. These included, but were not limited to, increases in the numbers and presence of school resource officers, authorization to arm teachers, and even supplying schools with ballistics shields, despite the lack of evidence to suggest these measures would achieve their intended goals in situations like Uvalde.

Amid growing fear and apprehension about another Sandy Hook or Uvalde happening and the proliferation of purported school safety measures, two questions occupy the minds of many: Are schools a safe place for children to be? And what actually works to make them safer?

As policymakers, school administrators, and other vested stakeholders continue to grapple with these questions, it is critical to plan for every instance of firearm violence on school grounds. In doing so, it is important to implement strategies that are based in research where evidence supports their efficacy in achieving prevention and/or harm mitigation. At the same time, it is imperative to consider not only the short-term effects but also longer-term impacts of both gun violence and the associated strategies for prevention and response on students. Researchers will be key in cultivating this evidence and must continue to work closely with policymakers, school administrators, and the public to protect children from the harmful effects of gun violence.