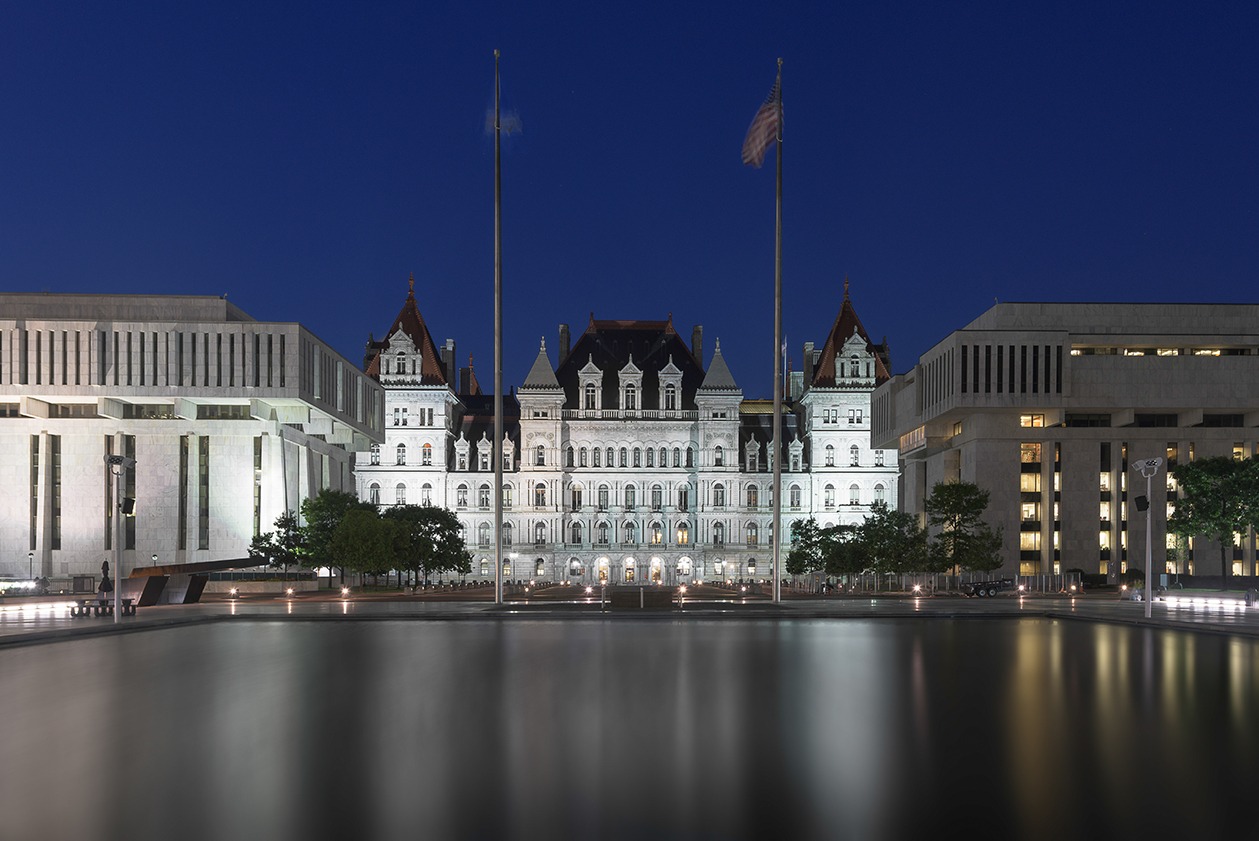 The Federal Tax Cut and Jobs Act (TCJA), signed into law on December 22, 2017, made significant changes to the individual and corporate income tax. The act is frequently compared to Federal reforms that were enacted in 1986 as a comprehensive tax reform package. Unlike the 1986 reforms, changes to the individual income tax have drawn the most attention in New York and many other high-income states. Specifically, the 2017 law eliminates the full deductibility of state and local taxes by capping deductions. This provision was used to finance other tax reductions in the TCJA. The state and local tax (SALT) reductions further shifted the already disproportionate burden of Federal revenue generated in high-income states.

The Rockefeller Institute of Government and the New York State Division of the Budget (DOB) have examined the impact of the loss of the full value of the Federal itemized deduction for state and local taxes. Beginning in calendar year 2018, the deduction has been capped at $10,000, resulting in a Federal tax increase that disproprionately impacts high-income taxpayers; these taxpayers account for a significant portion of New York’s annual personal income tax liability.

The purpose of this study is to analyze the economic effect of the state and local tax cap on New York in both the short- and long-term. We explore how the provisions of the TCJA impacted the economic and fiscal health of New York.

The economic impact analysis in this report used two models to determine the effect of the SALT deduction as a distinct tax expenditure that was drastically reduced by the TCJA. We analyze the baseline impact of the new law by simulating the loss of household income available to spend in New York. First, we used the IMPLAN model to estimate the economic impact of one year to provide an economic baseline. Second, we supplemented the IMPLAN model with a REMI model, which was used to examine the impact of the elimination of the SALT deduction on several key economic indicators including employment, population, output, and housing prices. Results were compared to develop the estimates for lost economic activity in the short and long run to understand the economic impact.

The report uses tax estimates developed by the New York State Department of Taxation and Finance, which analyzed the impact of TCJA’s various components on the state’s tax code and estimated the fiscal impact of SALT on New York taxpayers. The department estimated that in one year, New York State households would pay an additional $12.3 billion in personal income taxes and the SALT cap could cost taxpayers up to $15 billion annually by 2025. This number represents the loss of economic activity in the state, effectively a tax increase, as these dollars are no longer available for households to spend in New York. This report examines the broader impacts of the increased tax burden on the New York economy.

Key findings are as follows:

The following analysis of the cap on the deductibility of the state and local taxes (SALT) implemented by the Federal Tax Cuts and Jobs Act of 2017 (TCJA) was conducted before New York State was the epicenter of Coronavirus Disease 2019 (COVID-19) pandemic and nationwide efforts to stop the spread of the virus led to the shutdowns of large segments of the New York economy. The magnitude and duration of the impact of the COVID-19 pandemic on the New York economy is still to be determined.

Individual income tax revenue raised within New York will be lower than originally projected for this report. Still, the findings of this report can be scaled to address changes in tax burden. Each $1 in additional tax burden caused by the SALT cap reduced total economic output in the state by $1.17.

The Federal aid distributed in response to the COVID-19 crisis to date will also impact the Balance of Payments analysis. For example, the Federal government methodology for delivering emergency funding to hospitals doesn’t recognize the crisis and is directing about $12,000 per COVID-19 case to hospitals in New York State while states such as Nebraska, Montana, and Minnesota are receiving about $300,000 per case, according to Kaiser Health. Federal action to date will result in states with a fraction of the impact measured in confirmed cases, deaths, or economic impact receiving proportionally more funding than New York State.