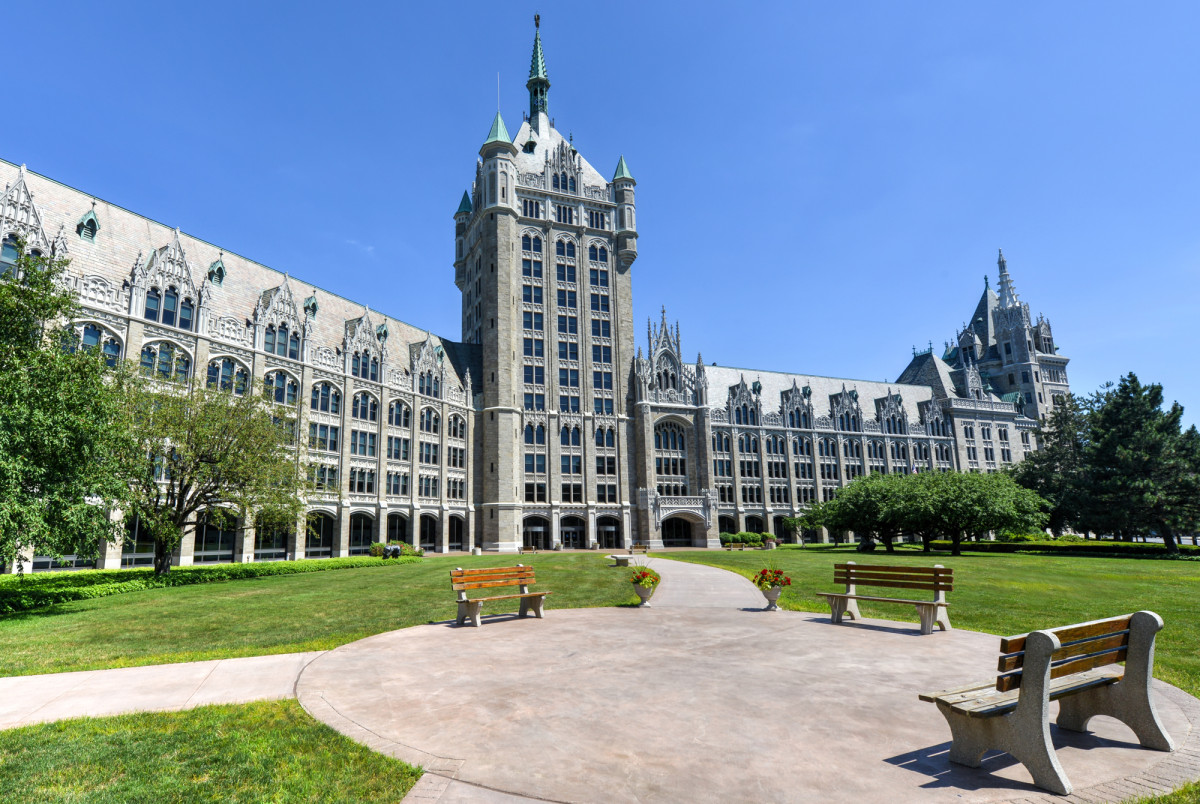 The United States faces major challenges in the increasingly competitive, global economy — and New York State even more so. New York’s job growth rate has been less than a third of the nation’s over the past two decades, and the state has lost a quarter of a million jobs in the last three years. In the 2010 Census, New York ranked 46th of the 50 states for population growth rate. New York may still be thought of as a wealthy state, but upstate, per capita personal income is about 8 percent below the national average, and average wages per job are 12 percent lower.

Among specialists in economic growth, there is widespread consensus that higher education institutions and systems are the key to surmounting challenges like these. Universities pack a double punch because they can be the sources of the new knowledge and new ideas needed to produce growth and high-paying jobs in the innovation economy — and because they are the key to developing a workforce prepared to take those jobs.

As a result, universities and higher education systems across the country are taking leading roles in their states’ economic development efforts. They are putting their research and educational power to work by developing new ideas, helping to deploy inventions for commercial use, educating potential entrepreneurs, using their expertise to help businesses perform better, helping businesses prepare workers to carry out new tasks, and fostering a quality of life that is essential for economic growth.

SUNY and its new challenges

What role does the State University of New York play in meeting the state’s new economic challenges? To find out, the Nelson A. Rockefeller Institute of Government of the University at Albany and the University at Buffalo Regional Institute joined in the most detailed analysis ever undertaken of the economic development impact of the entire SUNY system. Commissioned by the State University of New York, this study examines the broad economic role of the university system and establishes a benchmark for measuring future progress. The goal is to understand, describe and multiply the efforts of individual campuses and the SUNY system to promote economic growth in New York.

The study grows out of SUNY’s strategic plan, “The Power of SUNY,” which was launched by Chancellor Nancy L. Zimpher in 2010. The strategic plan seeks to strengthen SUNY’s role as the engine of New York State’s economic revitalization by enhancing its production of ideas, applications and a skilled and diverse workforce. One key goal of the Chancellor’s going forward is to develop metrics for gauging the extent to which campuses are serving economic development goals; for tracking success or failure; and for motivating campuses to discover and implement new and bigger ways to promote economic growth.

The research draws from a 2010 study by the Rockefeller Institute of Government (A New Paradigm for Economic Development) on the economic development activities of institutions of higher education in other states, which included a literature review, data gathering on all 50 states and a closer look at programs and projects in about a dozen states.

By combining qualitative and quantitative analysis, the study provides a comprehensive estimate of the economic impacts of SUNY’s campuses on their local communities, the system’s overall economic impact on the state, survey data on campus support for innovation and business assistance programming, and structured field observations of cases where SUNY institutions have encouraged economic development in their communities and regions.

A key task was developing a baseline estimate from 2008-09 of the economic impacts of SUNY campuses as well as of the system as a whole. Many campuses already report on their economic impacts, but the measures, methodologies and time frames have varied from one campus to another. This study provides a comprehensive, methodologically consistent and conservative estimate of SUNY’s economic impact on the state and its local communities, as well as the separate impacts of 10 geographic groupings of SUNY institutions on their regional economies.

To quantify basic economic and fiscal impacts, the University at Buffalo Regional Institute used IMPLAN (Impact Analysis for Planning), an industry-standard, computer-based input-output model tracing spending and re-spending within a local economy based on region-specific multipliers. In order to standardize data across 64 SUNY units, economic impact data were drawn from the Integrated Postsecondary Education Data System (IPEDS) compiled by the National Center for Education Statistics. Supplementary information from other national sources and SUNY campuses rounded out the  data on area income, employment, population, industrial composition, diversity and quality of life.

The study illustrates the range of activities that campus faculty, administrators and students carry out to promote economic and community growth, by commercializing science and technology research, supporting business incubators on campuses, fostering start-ups, strengthening clusters, educating employees and providing many forms of business assistance to New York firms. It also describes efforts to encourage faculty in applying for patents or forming companies, develop specialized training programs and increase student and faculty participation in community institutions.

This report is intended to add to a growing awareness about the roles of colleges and universities in building the economy and enhancing the quality of life in our communities. The study provides a foundation to assist in identifying ways in which SUNY and its campuses can perform these roles with even greater vigor, effectiveness and public understanding.