Where Does Our Garbage Go? 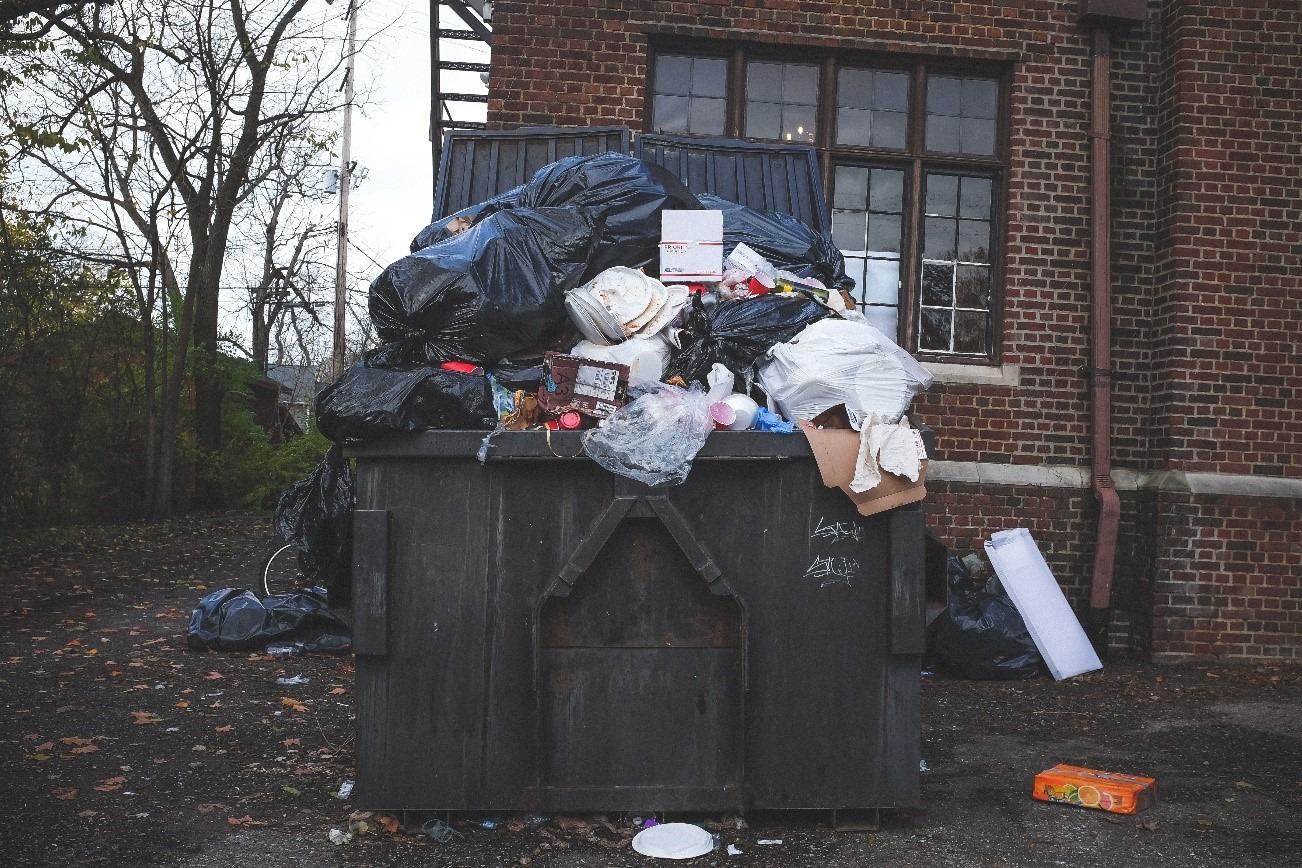 The United States produces more garbage today than it ever has. In 2015 (the most recent data available), the US generated more than 262 million tons of municipal trash, an increase of 4.5 percent from the 2010 annual total and a 7.8 percent increase from the 2000 annual total. Although a 14 percent population increase may explain increased rates of total municipal waste, the US rate of garbage per person per day exceeds peer countries. Collectively, the US generates about 4.5 pounds of garbage per person per day, which is 55 percent more than, for example, the United Kingdom average of 2.9 pounds.

Everyday items like food scraps, clothing, furniture, batteries, and appliances — otherwise known as municipal solid waste — are disposed of, where it can take one of three paths: sorted and recycled, diverted to a waste-to-energy facility (e.g., incinerator), or tossed in a landfill. Each alternative presents its own unique challenge for developing waste management practices, including disposal availability and environmental safety.

Americans are recycling. In 1990, the US recycled 29 million tons of municipal solid waste. By 2015, the amount of recycled waste more than doubled 1990 levels, totaling over 67.7 million tons (see Figure 1). Recycling is a preferable waste management alternative because it helps conserve natural resources and reduces the overall waste sent to landfills. While recycling rates show promising trends, recent international developments are affecting the future of waste management practices.

In 2018, China, the biggest importer of recyclables across the globe, imposed strict standards on what types of materials it will accept, stipulating materials must be sorted and uncontaminated, posing significant uncertainties in the industry. China was processing nearly 70 percent of the world’s plastic recycling per year — about seven million tons. By 2018, China accepted less than 1 percent of its 2016 imports — less than 70,000 tons.

Other Asian countries are changing their importing requirements, too. Cambodia, Malaysia, and the Philippines returned thousands of tons of recyclables back to their sources, primarily the US and Canada.

The new import standards require recycling to be sorted and have a contamination rate of less than 0.5 percent — virtually contaminate free. In the US, approximately one in four pieces (25 percent) tossed into recycling is contaminated and not recyclable. Municipalities face additional costs to sort the different types of materials and throw out any product that is soiled with food or other waste.

The high standards are a challenge for people and municipalities that collect recycling, and for many it is not worth the cost of doing business. This year, recycling companies, no longer exporting as much material to China, charged municipalities up to four times more for their recycling than in 2018. In response, municipalities across the country elected to either burn or throw out collected recyclables, which has negative environmental and public health consequences (more under Waste-to-Energy Facilities and Landfills below).

The city of Philadelphia, for example, responded to price increases by burning approximately half of all its recyclables. (The city recently announced it will stop the practice.) A private waste management hauler in Memphis, Tennessee, reportedly tossed recyclables in nearby landfills and did not collect recycling from major waste generators such as hospitals, colleges, or airports. Other cities across the nation have increased their recycling collection fees to help cover the higher costs of recycling.

One option municipalities have is to divert municipal solid waste to waste-to-energy facilities, where garbage is burned and the gas byproducts are captured to generate heat or electricity. The most common method is incineration, which uses thermal heating to combust and break down all types of trash, including organic and inorganic matter. In 2015, waste-to-energy facilities processed 33.5 million tons of municipal solid waste (see Figure 1), generating 2.3 gigawatts of electricity — enough to power more than two million homes.

Burning waste also reduces the volume of municipal waste sent to landfills. According to the U.S. Energy Information Administration, burning municipal waste can reduce the volume by about 87 percent; for every 100 pounds of garbage, 87 pounds are burned as fuel to generate electricity. The remaining ash is treated and sent to a landfill.

Although waste-to-energy plants can generate electricity and reduce waste piling up in landfills, combustion has mixed support because potential emissions leakage can release harmful toxins into the atmosphere, such as particulate matter, dioxins, mercury, and lead — toxic pollutants that are harmful to health. Despite federal regulations mandating waste-to-energy facilities be outfitted with pollution-control equipment, a 2011 letter from the New York State Department of Environmental Conservation reported that waste-to-energy facilities in New York emit more pollutants per unit of energy generated than coal plants.

Additionally, pollution-control technology is expensive and plans for new facilities have essentially ceased. Only one new facility has come online since 1995, located in Florida, which has over one-fifth of all waste-to-energy plants in the US. Outside of Florida, waste-to-energy plants are concentrated in the Northeast, where space is limited and landfilling is more expensive.

Between environmental concerns and a limited network of facilities, burning garbage for energy often is not a viable alternative for many municipalities, and many resort to simply throwing trash out.

Landfills are the endpoint for municipal solid waste that is not recycled or burned. Landfills are specially engineered facilities designed to accept waste and protect the environment from contaminants. In 2015, the US disposed of 137.7 million tons of municipal waste into landfills (see Figure 1), which is slightly more than the previous five-year average of 134.5 million tons, but 7.5 million tons less than peak annual landfill disposal in 1990 (145.2 million tons).

Part of the US’s decline in landfilling municipal solid waste is the uptick in both recycling and incineration. Additionally, the transition to digital mediums means fewer paper products, such as newspapers, reducing the overall volume of waste. However, uncertainty in the recycling market and the limited network of waste-to-energy facilities now may result in an increased reliance on landfills to dispose waste, which is a cause for concern for many municipalities.

For example, the landfill in Albany, New York, which processes several hundred tons of municipal solid waste per year, is set to reach capacity by 2026, and the city already scaled back the amount of garbage it collected by increasing the fees imposed on trash haulers and city residents. Once the landfill is closed, the city will have to dispose of its waste elsewhere. This, however, is likely to be problematic, as the state is quickly running out of municipal solid waste landfill capacity, even accounting for currently proposed landfill expansions.

In addition to capacity concerns, landfills pose environmental hazards like leachate leakage, when water extracts contaminates as it passes through trash in the landfill and then escapes into the environment, potentially contaminating the soil and any nearby water sources.

Landfills also emit approximately equal parts carbon dioxide and methane, both of which have been cited as climate change contributors. Methane in particular is an especially potent greenhouse gas, trapping heat up to 36 times more than carbon dioxide. In 2017, municipal landfills accounted for more than 14 percent of US methane emissions and were the third-largest source of US methane emissions caused by humans.

States and municipalities are beginning to take action to improve the future of waste management. California and New York are among states recently passing laws banning single-use plastic bags, and Maine became the first state to ban plastic foam food packaging. These efforts, targeted to reduce the amount of municipal waste in the waste stream, produced mixed results as people sometimes substituted single-use plastic bags with larger and heavier plastic and paper bags, adding more weight and volume to the waste stream rather than less.