What Can I Build with Snow? 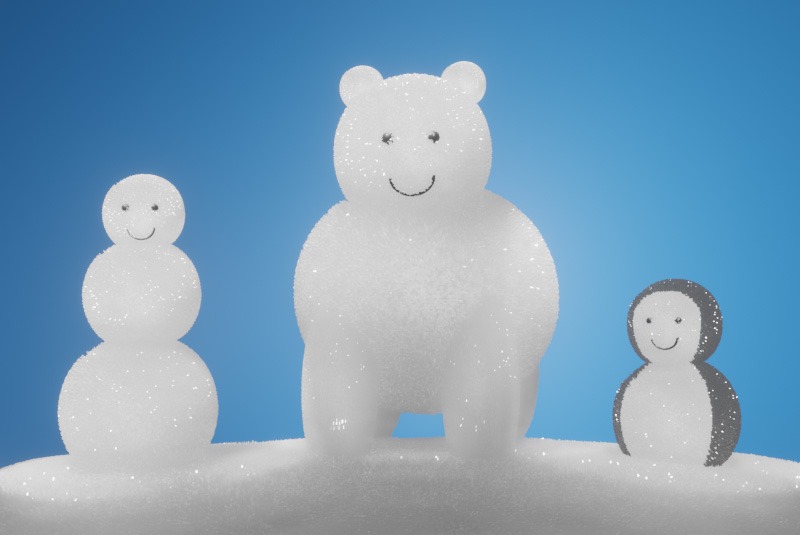 Due to the ongoing COVID-19 pandemic, many children will miss out on spending time with friends and family this winter as temperatures drop in much of the country and outside gatherings are made more challenging. The good news is that the parts of the country hit hardest by winter weather also provide the most opportunities for one of winter’s greatest pastimes: snow sculpture. Here at the Rockefeller Institute of Government we have mapped, at the county level, locations that are likely to have enough snow accumulation during January to build a version of three basic snow sculptures: the snow penguin (two vertically stacked spheres of snow), the snowpal (three vertically stacked spheres of snow), and the snow polar bear, which is suitable to be carved out of any giant pile of snow.

The snow penguin and snowpal are both constructed from rolled spheres of compacted snow of different sizes. To create a snow penguin, you will need two snowballs; to make a snowpal, you’ll need three. The snowballs should be stacked in descending size order (with the largest on the bottom). You will notice that the total volume of these compact snowballs is less than the total volume of the ground snow they contain. This is because they are denser and have more water per cubic inch.

Constructing the spheres traditionally requires forming a softball or grapefruit-sized snowball by compacting the snow by hand. After making this starter snowball remember not to throw it anyone no matter how tempting it may be to do so— you’ll need it to roll the larger sphere. Taking the hand-formed snowball, roll it over fresh snow to gather more layers. Make sure to change directions periodically to create a spherical rather than a cylindrical shape. As the snowball becomes heavier it will pick up more snow so you may begin to see grass underneath the snow. Continue rolling until the snowballs are the appropriate size (see “Official snow sculpture dimensions” below).

The snow polar bear, by comparison, benefits from a different construction strategy. While snowballs can be rolled to create legs, a body, and a head, a much more efficient strategy is to find a giant pile of snow, such as a plow pushes to the side of a parking lot or is cleared from a roof, and sculpt the legs, body, and head from the pile in a subtractive fashion. (Reminder: snow is heavy and can collapse so always be aware of your surroundings while sculpting, and maybe bring a buddy.)

Official snow sculpture dimensions (as deemed by the Rockefeller Institute)

The official snow penguin is 28 inches tall. These measurements are based off the macaroni penguin, the world’s most abundant (and aptly named) species of penguin. Constructing this penguin requires two snowballs, the base 20 inches in diameter, and the head eight inches in diameter. Assuming that one-third of the snow on the ground is unusable (lost to spontaneous snowball fights, trampled mercilessly underfoot, or dyed a peculiar shade of goldenrod) and that the remaining snow compresses to one-third of its volume when packed, a snow penguin can be built with one to three inches of snow on a 20-foot by five-foot path of ground, such as the strip of grass between sidewalk and street. (We’ve included some wiggle room in the amount of snow required for reasons mentioned below). Other members of the penguin family can be built with smaller or larger amounts of snow. The blue penguin, for example, is only 10 inches tall and can weigh less than three pounds. By contrast, the emperor penguin stands four feet tall and can weigh almost 100 pounds. When planning your snow sculptures remember that penguins and polar bears do not share the same habitat and at least one neighborhood onlooker will inevitably remind you of that fact if they’re located together. 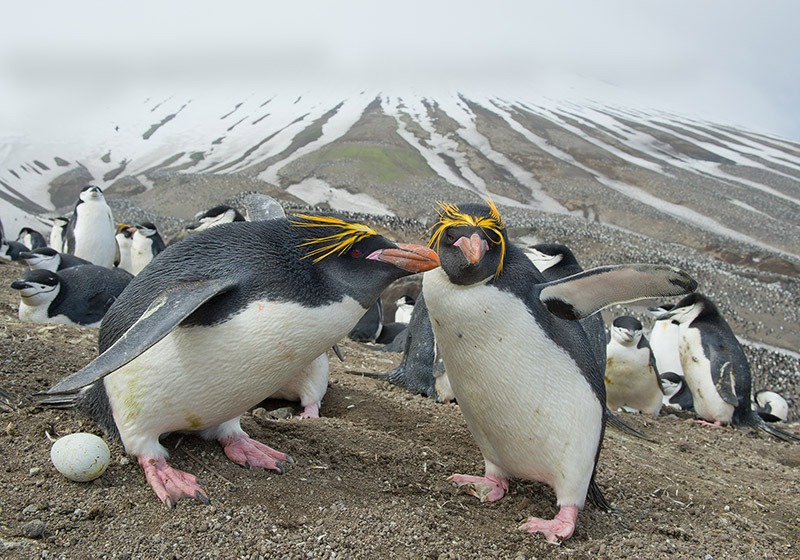 Simply put, you need a lot of snow to create a snow polar bear. If you can’t find a big pile of snow, we recommend mounding the 13 or more inches of accumulated snow on your chosen 20-foot by five-foot snow patch then chipping away with shovel, snow scrapers, or whatever else you have on hand. It is important to create a snow polar bear of sufficient size to inspire fear in your neighbors. There is no math to be done here, only glorious artistic inspiration. Go big.

A note on wiggle room: snow is far from uniform. Building a snow sculpture depends not only on the inches of snow accumulation and size of the outdoor space covered in snow, but also on the outside temperature during snowfall, outside temperature during snow construction, water content of the snow, elevation, and time between snowfalls and snow construction. Consider the following factors in addition to total snow accumulation when determining when and what to build with your snow.

In addition to adequate snowfall, snow sculptors will require occasional trips inside for warming and sustenance. Be sure to have hot cocoa, soup, or grilled cheese ingredients on hand before the snow begins to fall.