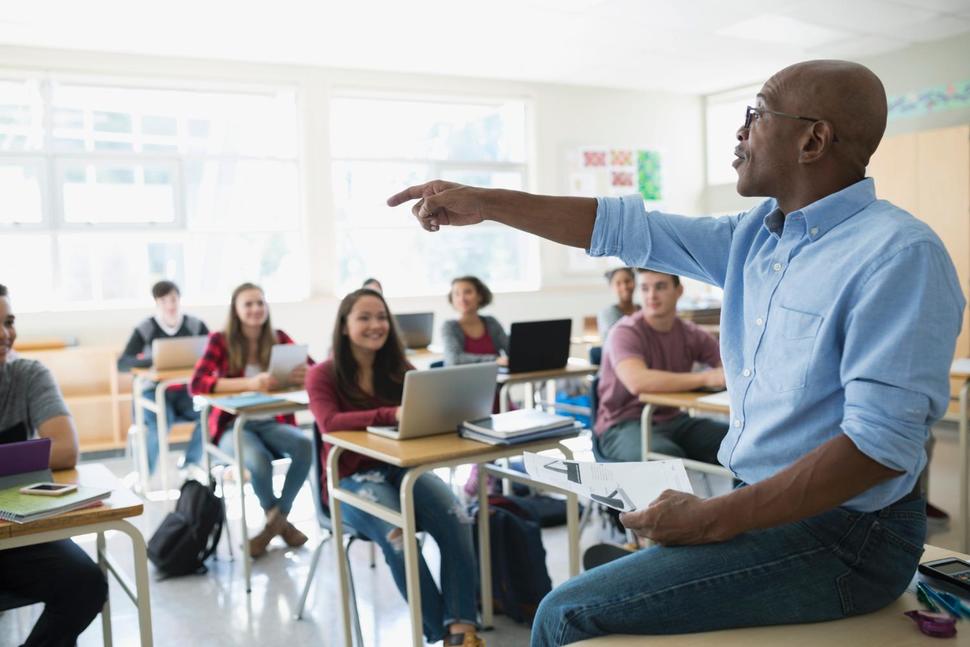 That loud rumbling sound New Yorkers are hearing is the ground shifting beneath our feet. The Trump tax reform package does much more than increase our federal tax bills; it fundamentally transforms New York’s government and politics. It undoes beloved assumptions and ingrained policies. Things we’ve taken for granted will disappear and nobody can predict what will emerge in their place.

First up: It will shake to the core the way we fund our public elementary and high schools. A battle looms.

Let’s examine what we now have. Our public schools vary in quality, of course, but as a statewide system it’s impressive and successful. We focus on what’s not up to par, and we should. But compared to other states and examined on its own merits, it works.

It’s expensive. New York spends more per pupil than any other state — an average of more than $22,000 a year. And it is an article of political faith that we can and should spend more, and that more dollars will improve results. There’s a lot of attention paid to disparities in school spending. Lots of school districts don’t have sufficient local resources and need state funds to pay for teachers, physical plant, and supplies.

Most education money comes from two separate taxes. The local share is mostly paid by property taxes, a particularly regressive tax that does not consider the taxpayer’s income or ability to pay. Everywhere (except New York City, which has low property taxes and an income tax), school property taxes are an enormous social and political problem. Tax caps, rebate programs, school budget votes, reassessments, and commercial tax giveaways are all reactions to this apparently insoluble problem.

It’s not as complicated as it seems. The state redistributes income tax revenues to make up for disparities in wealth. Schools across the state function under the system. Taxpayers everywhere complain, but it’s been a stable system. The regional impacts are clear. Generally speaking, New York City gets back in state dollars a little less than it sends to Albany in tax payments. Upstate gets an enormous subsidy. Suburban taxpayers provide that subsidy.

It’s that grand bargain that Trump has blown up.

Measured across all state programs, not just education, New York City and the suburbs send tens of billions of dollars to upstate communities. That system has been tolerated partially because it’s fair — state dollars are directed at communities that need the money for basic services, including schools — and partially because political leaders bargained their way into a sustainable compromise.

Now comes Donald Trump. His tax reform legislation unravels a central economic premise of New York’s school funding system. Suburban taxpayers pay both high property taxes and high state income taxes. They got a considerable subsidy because they could deduct from their federal income taxes what they paid in state and local taxes. As we now know, that deduction is capped at $10,000, far less than their actual combined payments.

This will undo the political bargain that has kept the current system afloat. Suburban taxpayers might be willing to absorb an additional burden if those dollars flowed to their home districts. Slowly but surely the citizenry will understand that their money is heading out of town, and they won’t like it one little bit. It won’t happen all at once, but it will inevitably erode public support for regional subsidies. A taxpayer revolt is coming.

This will undo a bunch of cherished and wrong-headed assumptions about state taxes and spending.

Upstate there are actually people who argue that they are subsidizing downstate and that New York City and its suburbs are an economic drag on their communities. Sheesh. The social and economic decline of upstate cities and agricultural communities is a real problem and needs attention and money from the rest of us. But phony-baloney economic myths will not solve the problem. The enormous subsidy of upstate schools by suburban taxpayers is now on the table and it will not help if upstate leaders hide behind historic fairy tales.

Similarly, the largely downstate left argues that somehow the school aid formula is unfair to New York City, and that more money needs to be sent there and to other urban districts. There are subtle and important truths to this. The city is not a poor community by a long shot, and its property taxes are comparably low, but it has a concentration of high-needs students, special ed students, and English-language learners that drive up costs. For many advocates, the source of such additional state funding is to reduce the already small amounts of state aid sent to suburban districts.

That’s right, the same districts and taxpayers who just lost their federal deductibility, and who pay enormous property tax and income taxes.

These competing myths and memes cannot coexist. Self-interest, ideology, and elections will stir the pot and make conflict inevitable. The timing of the looming fight is uncertain. It will take time for state voters and politicians to make connections between their growing tax bill and the school aid debate. But it will happen and the smart folks in Albany better start thinking about it.

The cauldron that cooks up solutions to such problems is the state budget. The chef is Governor Andrew Cuomo. He is a smart cookie when it comes to the politics of these kind of earthquakes. Don’t expect anything earthshaking early on. But expect him to understand that how Albany handles the burgeoning regional conflict about school funding could make or break him in 2018 and beyond.

The Trump Effect will extend well beyond disruption of school financing in New York. Mass transit, health care, energy, and the environment are due for massive shake-ups. State and city institutions are about to change in ways we can initially only guess at. But none will be as delicate and difficult to protect as reconstituting the way we pay for public schools.

This is an expanded version of a piece that first appeared in City and State.