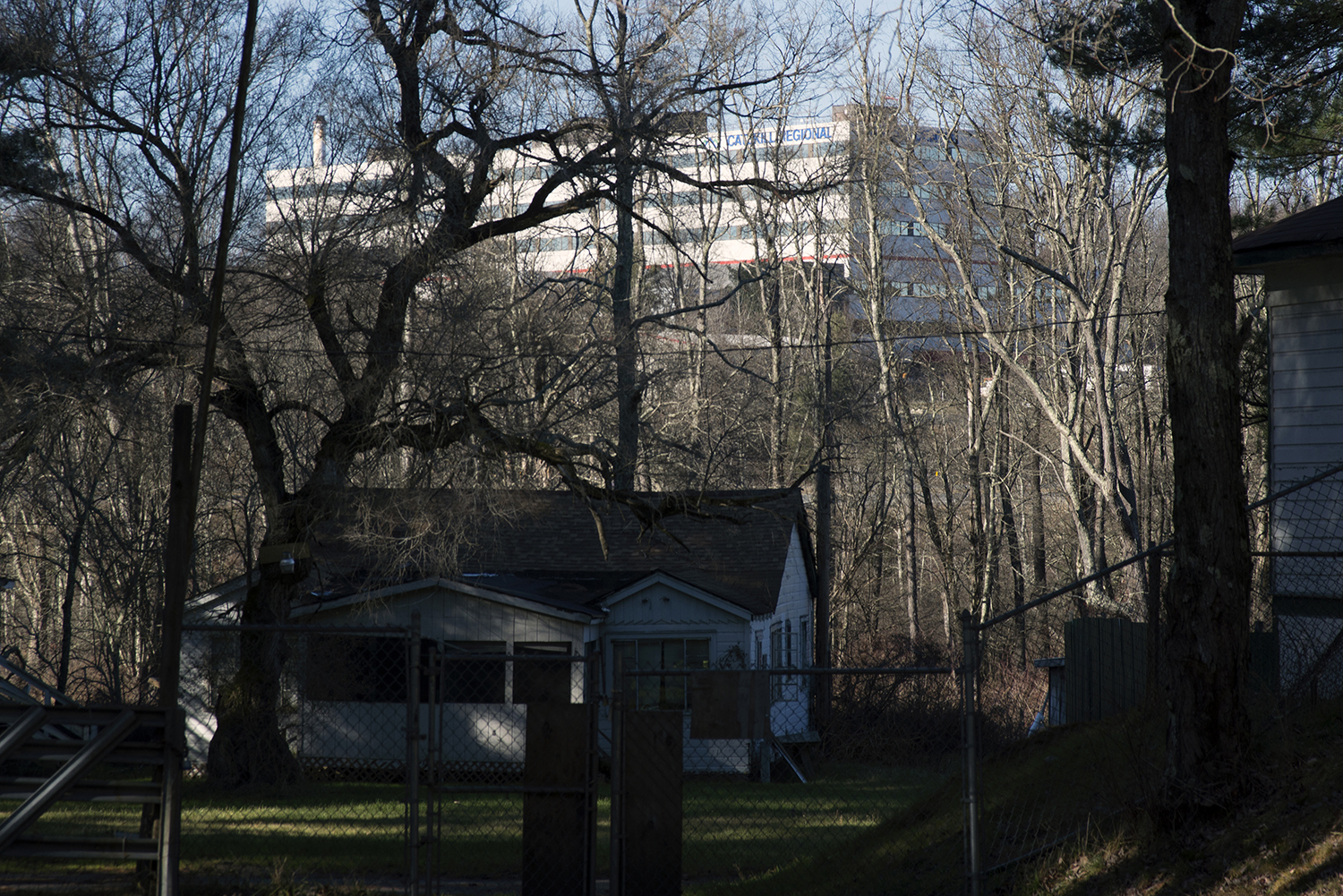 Opioids are a problem in rural communities. Opioid misuse first surfaced in rural America, it is concentrated in rural states, and rural states have the highest rate of drug overdose deaths. It’s clear that opioids are a problem in rural communities. But it’s not clear why. Some say it’s the economy and culture of rural areas, which have more manual labor jobs and fewer resources to combat the problem.

In a now famous study, Anne Case and Angus Deaton found a surprising increase in midlife mortality among whites living in the United States due to drug overdoses, suicides, and chronic liver diseases.[1] Case and Deaton described these “deaths of despair” as potentially linked to declining wages, limited job opportunities, and fewer marriages.[2] In other words, failure to fulfill societal expectations has led to higher rates of suicide, drug abuse, and other risky behaviors for one population in particular: middle-aged, non-Hispanic, white Americans with a high-school education. Sociologist Andrew Chernoff explains that it isn’t just that these people might be doing poorly, but they may be comparing themselves unfavorably to a higher standard they cannot meet. White men with high-school educations may look back and see that they are not doing as well as their fathers, while, Chernoff says, African American men may see themselves doing better.

There’s no doubt that communities, like Sullivan, have experienced tough times. People might even describe a sense of despair. One mother we spoke to explained: “there’s no hope anymore. We always lived with the idea that we were going to have our home, our jobs … both my boys are college educated and continued to live at home until they were married, because they needed not only their income but their wives’ income to support a home.” Another recent transplant told us that people in Sullivan “see no hope, they feel that they’ve been lied to, or they feel that there’s been so many false starts since the heyday of the hospitality industry.” And a third: “If you look at the county as if it was a person … and you are going to diagnose that person. The county would be diagnosed depressed, anxious, traumatized, alright? But probably traumatized first.”

The real problem with deaths of despair is that it is an effective soundbite — it takes a complicated problem and gives all of us a simple way to understand it. But it isn’t necessarily at the root of rural opioid misuse, and it doesn’t necessarily lead to the right policy solutions.

But while they describe a community that has seen years of economic marginalization and has been traumatized as a result, it’s not clear exactly how that translates to opioid misuse. Case and Deaton themselves claim opioid misuse adds “fuel to the fire” for the larger demographic pattern of increasing white mortality for a very specific population (forty-five to fifty-four-year-old non-Hispanic whites with a high school degree), but that hasn’t stopped others from explaining opioid overdoses more generally as deaths of despair. It’s an easy answer sidestepping difficult questions. Why do some people in rural communities turn to opioids while others in similar circumstances do not? How do we know that urban areas (or subpopulations within urban areas) don’t similarly feel despair? Why does despair affect white Americans when — contrary to Andrew Chernoff–Michelle Alexander’s The New Jim Crow[3] suggests that many Black Americans do not see a story of relative progress, comparing themselves favorably with the past? Are Native Americans’ overdoses, second only to white Americans, deaths of despair too? Can we describe urban drug overdoses as deaths of despair? Were prior drug epidemics — crack/cocaine, methamphetamines, or heroin — also due to despair? When is drug use not about despair?

When diseases like yellow fever and cholera wreaked havoc in nineteenth-century cities, killing tens of thousands of Americans at a time, experts attributed them to “miasma” or bad air. Yellow fever and cholera, however, aren’t transmitted by bad air but by mosquitoes (yellow fever) and polluted water (cholera). Nineteenth-century cities were filthy places, and, no doubt, a stench hung over them. But, as noxious and unhealthy as it was, the stench didn’t cause these diseases to spread any more than the level of despair hanging over rural counties causes opioid overdoses. There has to be a mechanism or a vector for it to infect individuals. 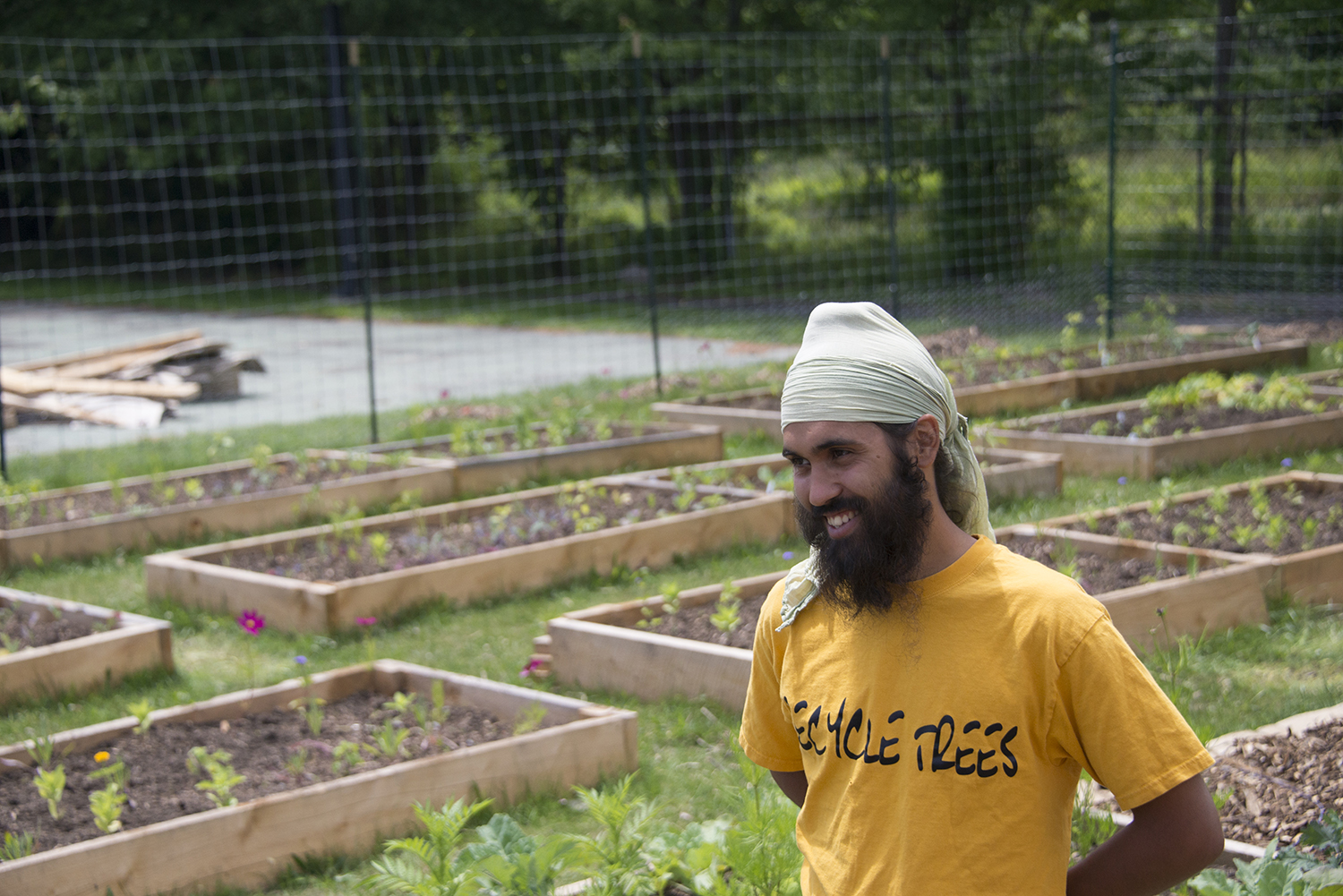 Volunteers are building a community garden in a public housing complex in Monticello to improve local diets and quality of life. Feature photo (above): View of Catskill Regional Medical Center in Harris.

Deaths of despair is a better soundbite than causal mechanism. As one person on the frontlines explained, “No one goes out saying they want to be a drug addict. But people try things, people do things … and depending on [their] experience or how many times they try something, and their genetic makeup and their history, determines whether or not they continue to have a problem.” People we spoke to offered many reasons why an individual might turn to drugs: adverse childhood experiences, trauma, bullying, boredom, mental health, stupidity, brokenness and pain, kids just being kids, and, yes, economic hardship.

But to misuse opioids, individuals must have a way to get them. Scholarly research shows that access to opioids varies a lot, and prescribing rates may hold the clue to current disparities between urban and rural communities. What if access to particular kinds of healthcare makes people sick?

Physicians in rural areas are much more likely to prescribe opioids.[4] In New York State, the highest prescribing rates are in the most rural areas and the lowest rates are in the most urban, even though these urban areas have medical centers that draw patients from across the state and country for treatment. Sullivan County, for example, has an age-adjusted prescription rate of 716.2 per 1,000 people while Queens County in New York City has a rate of only 215.6.

People we spoke to on the frontlines in Sullivan County often pointed to high prescription rates as a problem. A local pharmacist told us he’s never dispensed so many controlled substances in his life. The district attorney explained:

I think we are back to heroin in large part because of … our prescription patterns. And if it’s true that 700 in a thousand are being prescribed those very, very serious painkillers in this county, woooh, we have an issue, and we are not alone, there’s many other counties where the prescription practices are equally as egregious. How can 700 out of a 1,000 people need that?

He’s right. Sullivan is not alone. There are ten counties in the 680+ prescriptions per 1,000 people category just in New York State.

Shouldn’t physicians be prescribing opioids at similar rates? It turns out that physicians do not receive much education or training in pain management and safe-practices for opioid prescribing.[5] In fact, in the 1990s, organizations like the American Pain Society, the American Academy of Pain Management, the American Medical Association, and the Federation of State Medical Boards recommended reducing patient pain, including using opioids for chronic pain management.[6] And, pharmaceutical companies, like Purdue, engaged in extensive marketing and created lucrative incentives for doctors.

Still, physicians vary in systematic ways. For example, physicians from higher-ranked medical schools prescribe fewer opioids than physicians from lower-ranked medical schools, even when taking location and patient population into account.[7] Rural areas, which have a hard time attracting professionals (lawyers, doctors, nurses, social workers, educators) may get doctors whose training is qualitatively different from doctors who are attracted to urban areas. 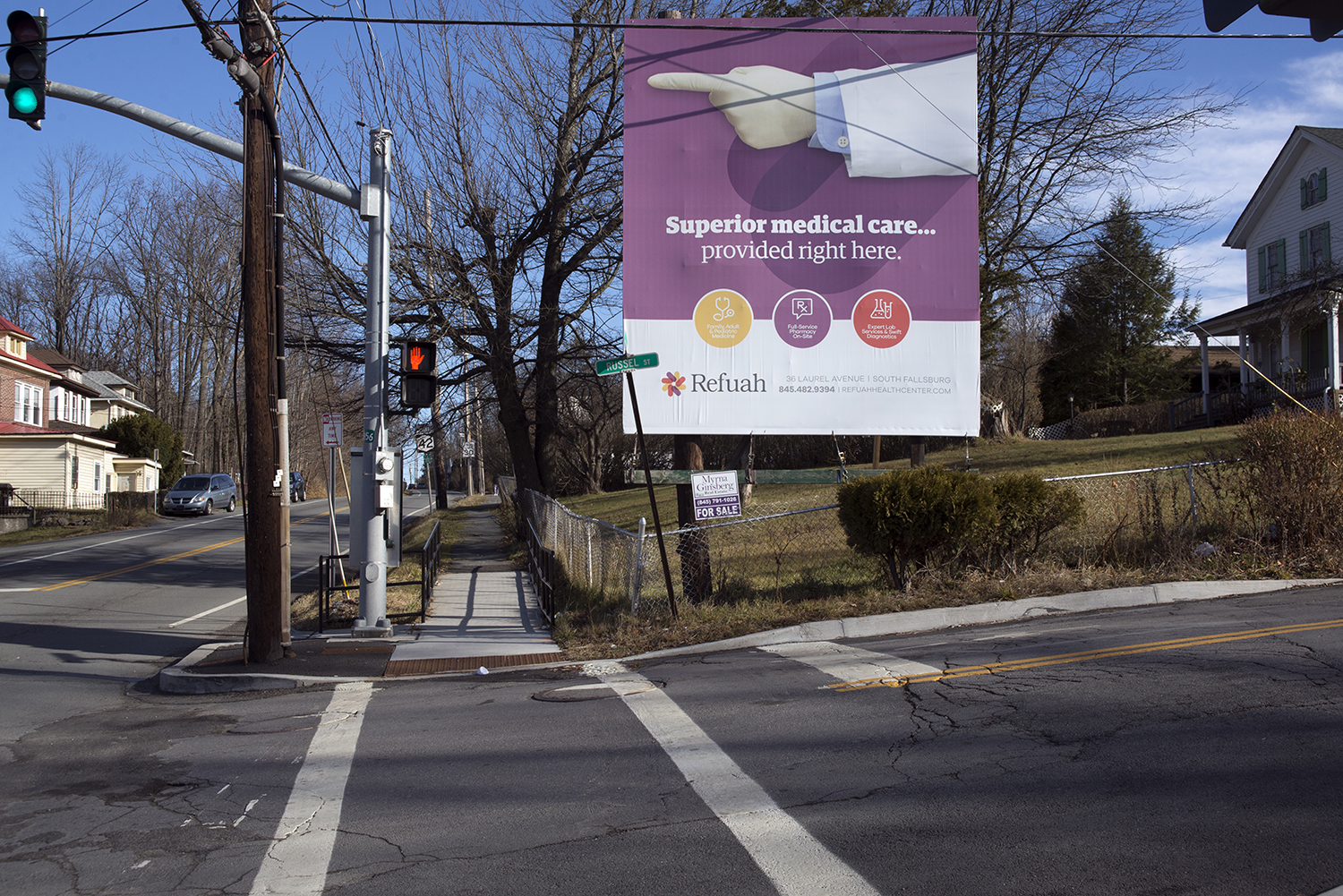 Why do physicians prescribe more opioids to white Americans? Does it have something to do with pain thresholds? It turns out the more likely reason may have something to do with physicians’ assessment of a patient. For types of pain that require physician discretion to evaluate, stereotypes and preconceptions are more likely to come into play. When physicians prescribe for nonsurgical/trauma pain (e.g. backache or migraine rather than back surgery or an accident) Hispanic Americans are 30 percent less likely to receive opioids, and Black Americans are 34 percent less likely than white Americans for similar conditions.[12] Physicians often underestimate the severity of non-white patients’ pain.[13] Hispanic Americans report feelings of discrimination and lack of understanding when they express they are in pain.[14]

Which brings us back to deaths of despair. If despair were at the root of opioid misuse, then, yes, the least well-off communities should have the highest overall death rates. The least well off within these communities should be disproportionately affected, too, and that’s not the case. Opioid overdose deaths affect a broad range of people, from law enforcement to star students. Economist Christopher Ruhm found little support for the deaths of despair hypothesis, arguing instead that patterns for sex and age “suggest that changes in the drug environment may be an important determinant of rising drug mortality.”[15] Opioids, especially street drugs like heroin and fentanyl, are prevalent, inexpensive, and extremely deadly. In Ruhm’s analysis, it’s access to a growing supply of more lethal drugs that leads to overdose deaths.

Yes, it is possible that despair plays a role in opioid misuse. But it’s likely that despair plays a role in addiction of all types. For despair to explain the current opioid epidemic, it needs to explain the blunt differences between rural and urban areas as well as patterns within a community and between different type of communities: why white and Native Americans are affected more than Hispanic or Black Americans; why men more than women; and why now.

If despair is the problem, we can basically throw our hands up because policy solutions are few and far between.

The real problem with deaths of despair is that it is an effective soundbite — it takes a complicated problem and gives all of us a simple way to understand it. But as easy as it is to look at rural communities and point to despair, it isn’t necessarily at the root of rural opioid misuse, and it doesn’t necessarily lead to the right policy solutions. In fact, if despair is the problem, we can basically throw our hands up because policy solutions are few and far between.

If Ruhm is right, and access to opioids is the problem, the scope of blame and responsibility is much more specific. The same people and organizations that got us into this crisis would have to take responsibility for getting us out. We’d have to take a look at how and for what conditions the U.S. Food and Drug Administration approved particular drugs, how these drugs were marketed, and how physicians prescribed them. We’d have to understand the role federal and state agencies had in regulating these processes. We’d have to figure out how doctors prescribed opioids for nonpalliative care in the first place and why they are allowed to opt out of (and indeed are limited in) providing medication-assisted treatment to get people off.

Powerful national and state actors have good reason to support the deaths of despair explanation. It lets everyone involved in increasing access to opioids off the hook, and it leaves under-resourced county health officials holding the bag for cleaning it up.

[13] Anderson, Green, and Payne, “Racial and Ethnic Disparities in Pain.”