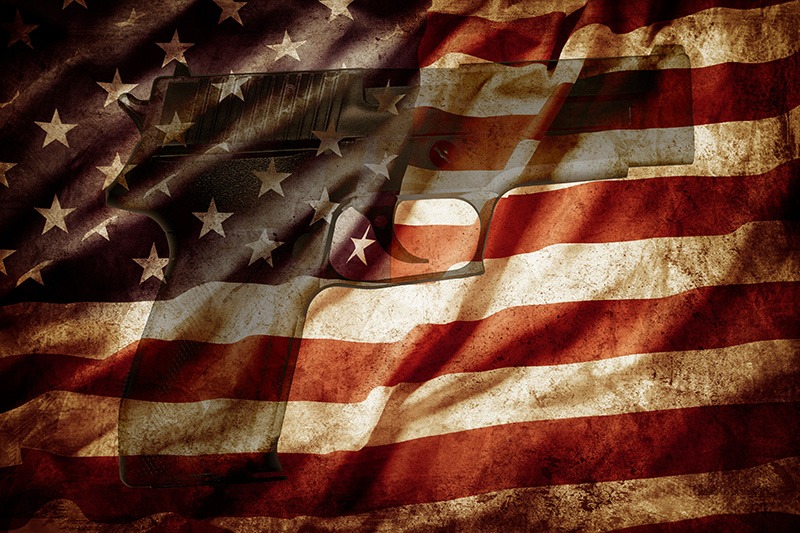 Last summer, Missouri joined several other states with similar legislation, passing what it calls the “Second Amendment Preservation Act” (SAPA). Missouri’s law purports to nullify certain federal gun laws in the state. It specifically lists several categories of federal gun laws that “shall be considered infringements on the people’s right to keep and bear arms… within the borders of this state,” such as taxes or fees that might chill gun ownership and registration or tracking of firearms. The SAPA also forbids state or local officials from enforcing or attempting to enforce any of those laws. Going further, the Act also imposes a $50,000 civil penalty on any political subdivision or law enforcement agency that hires someone who has enforced the federal laws it defines as unconstitutional. Finally, the SAPA gives anyone injured by a violation of its terms the right to sue.

Criticism and the Federal Response

The law has generated controversy and litigation from the beginning. The US Department of Justice (DOJ) sued the state in February of this year to halt the law. “The government’s complaint,” explained DOJ, “seeks declaratory and injunctive relief prohibiting enforcement of [the SAPA] and further clarifying that state and local officials may lawfully participate in joint federal task forces, assist in the investigation and enforcement of federal firearm crimes, and fully share information with the federal government without fear of [the SAPA]’s penalties.” In other words, the DOJ sought a court order that would block the law and make clear that federal gun laws still apply in Missouri. The lawsuit describes joint task forces and information-sharing networks that are imperiled because of the SAPA.

…the DOJ sought a court order that would block the law and make clear that federal gun laws still apply in Missouri.

Some commentators have rightly noted that the US Department of Justice under the Trump Administration sued immigration sanctuary states for frustrating similar cooperative agreements in blue states. In those cases, it was Democrat-controlled jurisdictions that declared themselves sanctuaries and refused to cooperate with federal authorities in the enforcement of immigration law. Those lawsuits failed because the federal government cannot force states to help it enforce federal law. The SAPA, however, does not just restrict cooperation; it affirmatively announces several federal laws invalid, like the requirements in the 1934 National Firearms Act that mandate registration and tax payment for weapons like short-barrel shotguns and rifles and for firearm silencers. The Constitution sets federal law as supreme to state law, so these pronouncements must fail. (And it is worth noting that the nullification theory at work in Missouri’s law—including its claim that each of federal and state governments have “an equal right to judge for itself as to whether infractions of the compact have occurred, as well as to determine the mode and measure of redress”—have been put to ugly purposes in this nation’s history. That nullification theory holds that “individual states can invalidate federal laws or judicial decisions they deem unconstitutional.”)

The nullification pronouncements, though legally meaningless, are not harmless. Consider what happened in Kansas. After the state passed a similar “Second Amendment Protection Act” in 2013, some state residents thought they could legally sell Kansas-made silencers without federal oversight or intervention so long as those products did not leave the state. One man prominently displayed the text of Kansas’s SAPA in his store along with silencers for sale, without complying with the requirements in the National Firearms Act. He and a purchaser were subsequently arrested, tried, and convicted for violating federal law. The Kansas SAPA law fooled them into thinking their actions were legal, but the federal courts rejected this reliance on a misguided state law as a defense to their federal criminal charges.

As legal scholars Eric Ruben and Adam Sopko note, the result is the opposite of the one lawmakers purported to seek: “The irony of Kansas’s effort to affirm Second Amendment rights through a SAPA is that now Cox [the seller] and Kettler [the purchaser] are barred from lawfully possessing a firearm.” Since they each garnered felony convictions, federal law prohibits the men from possessing guns for the rest of their lives, absent a presidential pardon. Kettler put it bluntly: “I was just collateral damage in this dispute between the state and federal government.” That’s not entirely accurate, however. Kettler wasn’t collateral damage from a federal-state power play, but from the game of gun-rights maximization that states are battling one another over.

…the gun-rights movement is notching many more legislative victories than litigation ones.

As I detailed in a recent article, this broadening of gun rights outside the courts—which deploys the language of constitutional rights to protect rights far beyond what the Constitution would demand—has been accelerating in recent years. From SAPA-type laws to permitless carry to expansive self-defense rights to firearm preemption laws, the gun-rights movement is notching many more legislative victories than litigation ones. It is noteworthy, too, that these efforts are part of the same bundle of gun-rights positions that seeks to vastly expand the prerogatives of gun owners and carriers. One of the elected officials who sponsored Missouri’s SAPA, for example, recently introduced Senate Bill 666. Dubbed by state law enforcement officials as the “Make Murder Legal Act,” SB 666 would create a presumption that any use of “physical force,” up to and including deadly force, was reasonable, shifting the onus to the state to disprove that presumption.

Many stakeholders testified against SB 666, including religious groups and law enforcement officials. Just a few individuals testified in favor, including a representative of the pro-gun Missouri Firearms Coalition, and Mark McCloskey, the St. Louis lawyer turned US Senate candidate who was arrested last year for brandishing his firearm at passing protestors. Though SB 666 says nothing explicit about firearms, its supporters and detractors understand it as part of the effort to expand the protection for gun-bearers. SB 666 doesn’t seem to be going anywhere in the legislature soon (it failed on a vote in committee), but Missouri’s SAPA is already in effect. And it, too, according to ATF officials, might increase gun violence in the state and hamper efforts to capture violent offenders.

Jacob D. Charles is a lecturing fellow and executive director of the Center for Firearms Law at Duke University School of Law. He writes and teaches on firearms law and the Second Amendment.