Downstate Pays More, Upstate Gets More: Does It Matter? 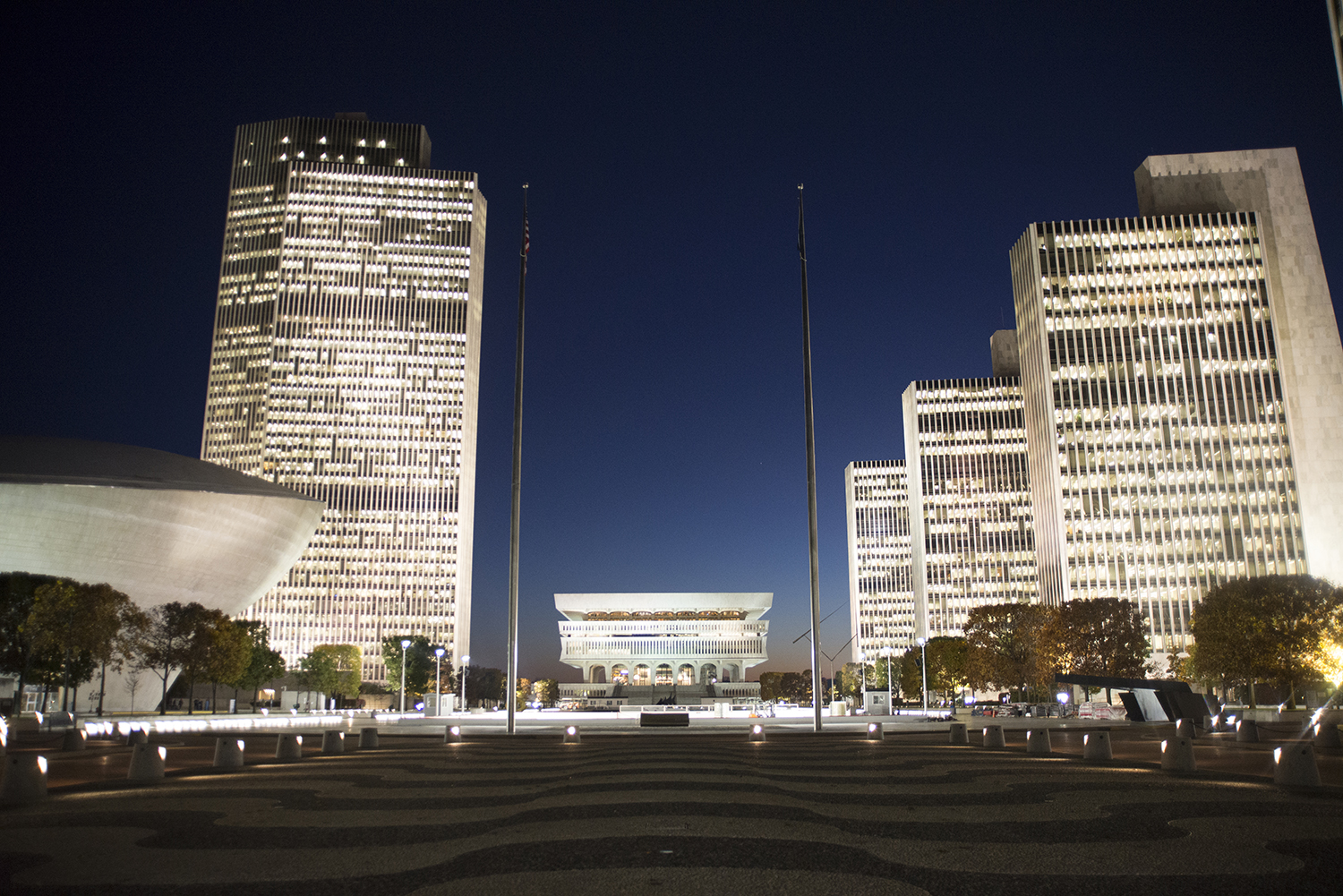 By Robert B. Ward, Deputy Director/Director of Fiscal Studies, the Rockefeller Institute of Government

How much does my region of New York pay in the annual giving-and-getting that make up the state budget? How much do we get back? And perhaps more importantly, does it matter?

The answer to “does it matter?” may depend on a somewhat separate issue — the economic and fiscal stability of localities across the state. But first, let’s consider the numbers.

If indeed it is better to give than receive, New York City and its suburbs can count their blessings by the billions of dollars. City residents and businesses paid about $4.1 billion more to Albany in taxes and fees than the state returned in spending for education, health care, transit and other services in 2009-10. For the nearby suburban counties (Nassau, Suffolk, Rockland and Westchester), it was $7.9 billion more in taxes than came back in spending, a new Rockefeller Institute study finds.[1]

Where did the extra $12 billion go? North and west, up the Hudson River and along the Thruway corridor to Upstate regions that have struggled economically for much of the last half-century.

In fiscal 2010, the Upstate region generated less than 28 percent of the state’s taxes and other non-federal revenues (including SUNY tuition, lottery and other gambling profits, motor vehicle fees and so on). By contrast, Upstate received a much larger share of state-funded expenditures, 42 percent.

Look Downstate, and the ratios reverse. New York City generated 45 percent of state revenues in 2010, but received 40 percent of spending. The gap is even larger for the four major suburban counties: a collective 24 percent of revenues paid to Albany, and 18 percent of expenditures received in return.

The state’s largest source of non-federal revenue, the personal income tax, is particularly concentrated Downstate. New York City and its suburbs represent 64 percent of state residents, but around 80 percent of the income tax.

Yet regional imbalances don’t necessarily mean the current division of dollars is unfair.

For at least a century — certainly since the days of Franklin Delano Roosevelt — Americans, and especially New Yorkers, have believed that redistribution of wealth is a central purpose of government. FDR defined the measure of progress itself as “whether we provide enough for those who have too little.”

Thus, Albany will distribute some $20 billion in education aid this year based partly on how many children in each school are poor enough to qualify for free lunch. Individuals’ age and need will help drive more than $50 billion in Medicaid and welfare spending.

The personal income tax is expressly designed to take more from individuals who have more. And not just a higher number of dollars, but a larger proportion of upper-level incomes. In 2008, for example, the typical taxpayer with income of $500,000 paid about 15 times as much (rather than 10 times) as the average taxpayer earning $50,000. In other words, the effective tax rate on the highest-income earners is significantly higher than the rates paid by middle- and lower-income earners.

By definition, such income-sensitive spending formulas and tax policies redistribute dollars away from relatively wealthier people and communities — in this case, from the city and its suburbs to Upstate. And it’s worth noting that, while the regional distribution of tax payments outlined above does not match population shares, it does come close to matching regional shares of personal income.

Those who have more, pay more — and get less in return. Most voters seem to support this sociopolitical compact, at least in broad form.

But such support waxes and wanes over time, with ups and downs in the economy and in government finances. Right now, big budget troubles are brewing in the Downstate suburbs that generate so much revenue for Albany. Three of the four counties whose residents make especially large transfers into the state budget — Nassau, Rockland and Suffolk — face extreme fiscal stress as a result of elected leaders’ refusal over many years to limit spending, raise taxes or do both. (Westchester has its own challenges, but is in somewhat better condition than the others.) It’s likely that demographic trends will shift even more political power from Upstate to Downstate in coming years. And such a development may bring increased pressure among the Legislature’s city and suburban members to rebalance the geographic redistribution of budgetary costs and benefits.

At the same time, Upstaters have a legitimate gripe of their own when they say that Downstate political sensibilities drive up local taxpayer costs everywhere in New York. For example, the state sets the rules for programs such as Medicaid and special education, but requires localities to pick up much of the cost. Reflecting Downstate attitudes on affordability and scale of government, those state mandates make both programs the most costly of their kind in the nation. Such costs are harder to support with Upstate’s stagnant economic base than they are in New York City and its suburbs. They help explain why the Empire State’s local property and sales taxes are among the highest in the country.

There is a good chance that Rockland and Suffolk counties will find it necessary to ask the state for extraordinary fiscal intervention within the next few years. Upstate cities such as Syracuse and Albany may need similar help from the state.

Disruptive times often produce new thinking. The state’s own budget challenges make it unlikely that Governor Cuomo and the Legislature will approve any major new financial aid program for localities. But if confronted with widespread fiscal crises at the local level, state leaders might consider solutions involving more freedom for localities on both the revenue and spending sides of the budget.

The state could allow broader options for local taxes where counties or municipalities so choose. Localities historically have had broad authority to raise property-tax rates as elected officials and voters saw necessary. The state’s new property-tax cap imposes a first-ever upper limit on that authority. Voters overwhelmingly support the tax cap, but most are unaware of the fiscal crises that may loom ahead.

The state could also help alleviate emerging fiscal crises for localities by taking more steps to ease the cost of its mandates on local governments. Whether involving Medicaid, employee benefits or government contracting, such a step could more than offset the “loss” of revenue created by the new property-tax cap.

Whatever the distribution of costs and expenditures at the state level, the budget adopted each year by the Governor and the Legislature represents only part of a broader picture. To taxpayers and those who depend on public services, counties, municipalities and school districts are every bit as important as the state government. It only makes sense to consider state and local fiscal policy together — and if change is needed in New York, allowing locally elected leaders more budgetary choices is one option.

Upstate and Downstate are very different in their economies, and in their giving and getting from the state budget. But all localities in the Empire State have something in common: They need stable budgets, so they can preserve key services at affordable cost. A new fiscal partnership with Albany could be one step toward those goals.

[1] These figures assume that personal-income tax revenues are allocated regionally based on the taxpayer’s residence. For more on this point, see the Rockefeller Institute’s December 2011 report, Giving And Getting.